As countries, including Canada and Britain, have lifted their Covid testing requirements for vaccinated visitors in recent months, some Americans are irate that they still have to show a negative test to board a flight back to the United States.

Jason Miller, a 37-year-old software engineer who lives in Texas, is so frustrated with the rule that he recently sent letters to the White House and several lawmakers and began encouraging others to do the same. “I support the C.D.C., still wear a N95 mask when in crowds and when I travel,” he said. But, he no longer feels that the rule provides value, in large part because “the testing has not stopped variants from entering the country.”

Other travelers have posted similar comments on social media, and a good portion of the travel industry in the United States has made clear it feels the same way.

But they have gotten little satisfaction from the Biden administration and public health officials.

On May 6, Jen Psaki, then the White House press secretary, said she was “not aware of a timeline” for ending the testing requirement and that the administration would base its decision on a Centers for Disease Control and Prevention recommendation. As to what, specifically, the C.D.C. is using to determine whether testing is still necessary, an agency spokeswoman offered the vague explanation that it “is looking at different indicators” and “evaluating all guidance and orders based on the latest science and state of the pandemic.”

The obligatory test has not just created logistical hassles, it has fundamentally shifted the experience of traveling internationally, travelers say.

“It was always in the forefront of my mind,” said Danielle Bradbury, 42, who recently spent 12 days in Israel for her job developing medical devices while her husband cared for their two children back in Boston. “Every time I left the hotel, I asked myself, how much risk of not being able to get home am I putting myself in?”

Why was testing started in the first place?

In January 2021, when the C.D.C. first instituted the rule that all U.S.-bound travelers 2 years and older had to show a negative test or proof of recovery before boarding a flight, the United States joined a sea of countries experimenting with different ways to slow the virus’s spread across borders. A statement from the State Department announcing the requirement played up the difficulty in getting a test abroad, suggesting that the rule also aimed to discourage Americans from traveling internationally. At that point fewer than 10 percent of Americans were vaccinated and case counts were rising, hitting a record of more than 300,000 new cases on Jan. 8.

Testing was not the first travel limitation the United States had deployed. In the winter of 2020, President Trump banned visitors from China, much of Europe, Brazil and Iran. When President Biden took office he layered the testing requirement on top of the travel bans. (He also expanded the ban to India.)

In late 2021, the United States pivoted away from country-specific bans and doubled down on testing, shortening the window from within three days of travel to one day, even for vaccinated Americans. By then it had become clear that vaccinated people could also spread the coronavirus. (Most unvaccinated visitors from abroad were prohibited from entering the country, even with testing.)

It depends how you define success, said Jeremy Goldhaber-Fiebert, a professor of health policy at Stanford University. If success was reducing the number of infected people who flew to the United States, he said, the testing requirement achieved that.

The exact number of infected people who were prevented from boarding planes is unknown, however, because no one tracks whether a passenger cancels a flight because of Covid. Most of the evidence is anecdotal; lots of people have stories about testing positive before flying home.

If success means keeping new variants out of the country, then it failed, said Dr. William Morice, the chair of lab medicine and pathology at the Mayo Clinic.

“The reality is that none of these measures have prevented the rapid global spread of any variant of concern,” he said.

But if success was not preventing the arrival of new variants, but instead delaying their arrival so that hospitals and authorities could be more prepared, then it may have worked. Mark Jit, a professor of vaccine epidemiology at the London School of Hygiene and Tropical Medicine, who has studied the effectiveness of travel requirements, said that this is what testing does well.

“Testing can prevent the peak from being reached so quickly,” he said.

Still, once a variant is already widespread in a country, he found, a travel test has little effect.

Why are many countries getting rid of testing requirements now?

Explanations from authorities include readiness to enter a new phase of the pandemic, high vaccination rates and a determination that new variants are manageable.

“The current variant is making people less ill and the number of people being admitted to intensive care is limited,” the Netherlands government said in a typical statement in March, as it ended travel testing, among other Covid-related recommendations.

What’s the argument for getting rid of the U.S. requirement?

The primary argument is that it’s not doing enough good to rationalize the hassle.

Dr. Tom Frieden, who was the C.D.C. director during the Ebola outbreak of 2014, was among those who made this point. “Between super-effective vaccinations that we have and Paxlovid, which is a super-effective treatment, Omicron is less deadly than flu most years and we don’t require people to test for flu before they get on a plane,” he said. “If a more dangerous variant emerges,” he noted, “that’s a very different situation.”

Others argue that it doesn’t make sense to inconvenience so many people for a system that’s full of holes. Antigen tests — one option for travelers to the United States — are notoriously unreliable in the early stage of infection, said Anne Wyllie, a microbiologist at the Yale School of Public Health. For this reason she called the requirement “hygiene theater.”

The testing requirement is not just annoying for travelers, it’s economically damaging, according to the U.S. Travel Association, a trade group. In a recent letter to Dr. Ashish K. Jha, the White House Covid coordinator, signed by more than 260 businesses, including airlines, cruise operators, casinos, tourism boards, Disney Parks and a zoo, the group said “the economic costs associated with maintaining the measure are significant.”

“Given the slow economic recovery of the business and international travel sectors, and in light of medical advancements and the improved public health metrics in the U.S., we encourage you to immediately remove the inbound testing requirement for vaccinated air travelers,” the group wrote.

A survey commissioned by the group found that 46 percent of international travelers would be more likely to visit the United States without the requirement. A similar survey by the Points Guy, a site that specializes in traveling with credit card points and miles, found that more than half of its participating readers would be more likely to travel abroad without the requirement.

Meegan Zickus, who runs a Facebook group for people with weakened immune systems, said that testing has become more important since the mask requirement went away. Without a testing requirement, most travelers are not going to bother to test or stay home, even if they suspect that they are infected, she said.

“Judging by the past two years, the only way to protect others is some type of enforced testing,” she said, because “the moral compass points directly to self.”

Dr. Seema Yasmin, a public health doctor and the director of the Stanford Health Communication Initiative, echoed this point. “I would say that it can give a high level of reassurance when 75 percent of people are not wearing a mask and might even be coughing and sneezing loudly,” Dr. Yasmin said.

(Though airplane ventilation systems appear to significantly mitigate spread of the coronavirus, research suggests that people sitting within a few rows still pose a risk to one another.)

“Some testing is better than none,” said Nathaniel Hafer, a molecular biologist at the UMass Chan Medical School.

Many countries also use testing to incentivize vaccination by waiving the requirement for vaccinated people, said Meghan Benton, a research director at the Migration Policy Institute, which tracks travel requirements. The United States encourages vaccination in its own way by prohibiting most unvaccinated visitors from abroad from entering.

Could a lawsuit end testing the way it did the mask mandate?

Given that there are currently at least four pending lawsuits that challenge the international testing requirement, some wonder whether it might be struck down by a judge’s decision, as the requirement to wear a mask on airplanes and other forms of transport was in April.

Lawrence O. Gostin, a professor of global health law at Georgetown Law, does not think so. The C.D.C. can require testing from visitors entering the country from abroad because of the Public Health Service Act, which was explicitly created to prevent the introduction of dangerous infectious diseases in the United States, he said.

The rule, he said, “would be exceedingly difficult to successfully challenge in the courts, even for the most conservative judges.” 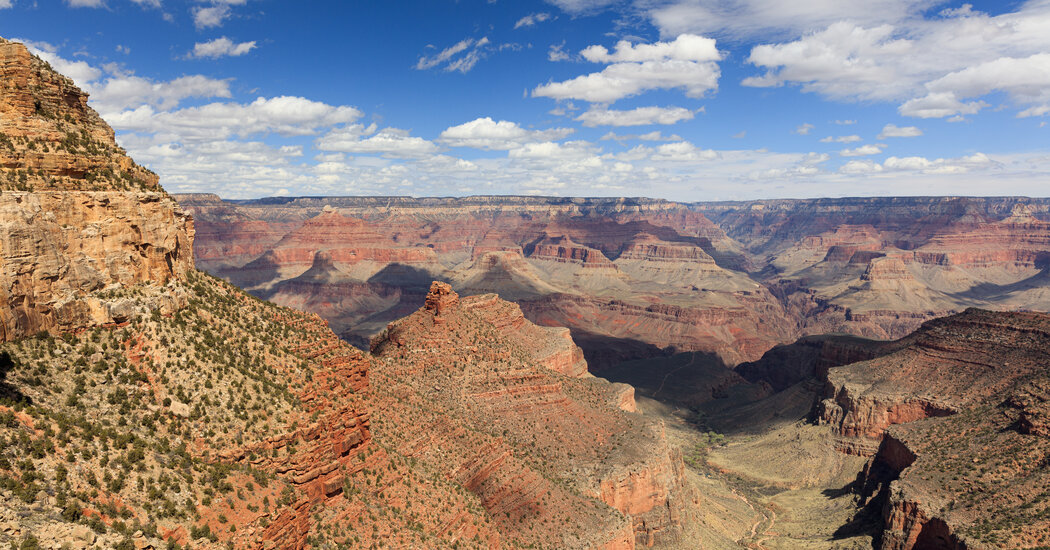 Hiking Down to Phantom Ranch, the Grand Canyon’s ‘Destination Hotel’