Live from New York — it’s his curtain call! Pete Davidson finally broke his silence regarding his feud with Kanye West on the season finale of Saturday Night Live while sharing a selection of his show memories.

“Hello Colin [Jost] and [Michael] Che and [the] millions of people [who] are only watching to see if I bring up Kanye,” Davidson, 28, said during “Weekend Update” on the Saturday, May 21, episode. “I never imagined this would be my life. Look at me when I started here: Back then I was just, like, a skinny kid and no one knew what race I was. Now, everyone knows I’m white because I became hugely successful while barely showing up to work.”

The New York native — who confirmed hours earlier via writer Dave Sirus’ Instagram that he was departing the series — further opened up about his connection with executive producer Lorne Michaels.

“He always gives me the best advice,” Davidson said of Michaels, 77, during the episode, which was hosted by Natasha Lyonne. “I’ll never forget [when] I called him [after] I got engaged. I was like, ‘Lorne, I just got engaged to Ariana Grande after dating for two weeks.’ He goes, ‘Oh, well, hold on for dear life.’ It’s a true story. … I appreciate Saturday Night Live always having my back. Thank you, Lorne, for never giving up on me or judging me, even when everyone else was and for believing in me and allowing me to have a place that I could call home with memories that will last a lifetime.”

He added: “And then, when I auditioned for SNL, he said, ‘I don’t think you’re right for this show, so let’s screw this up together.’ And that’s exactly what we did and that’s why people who don’t think I deserve the job shouldn’t really hate me since we have so much in common. Like, if anything, I should inspire hope that literally anyone could be on Saturday Night Live.”

The Freak Brothers voice actor even recalled one of the most controversial jokes from his show tenure, comparing it to Will Smith and Chris Rock‘s Oscars drama.

“In fairness, to what I initially said [about Dan Crenshaw], because clearly it still bothers me,” Davidson said, referring to his previous joke about the congressman’s use of an eye patch. “I was simply making a joke about someone’s appearance without realizing that the medical condition behind it was a sensitive issue — which is an SNL alumni tradition.”

As Davidson defended his November 2018 joke, a photo of the 53-year-old Fresh Prince of Bel-Air alum slapping the 57-year-old South Carolina native filled the screen. Smith, for his part, previously made headlines in March, notably slapping Rock over a joke about wife Jada Pinkett Smith’s shaved head, which was a result of her struggles with alopecia. The King Richard star has since apologized and resigned from the Academy, which — in turn — banned him from their events for 10 years.

“On one hand, I don’t like that people think they can just run up on stage and hit a comedian, but on the other, it’s how I know all my shows will be sold out,” Davidson added, laughing mid-joke.

While the Meet Cute star only briefly touched on his five-month engagement to the 28-year-old REM Beauty founder and his social media drama with the 44-year-old “Heartless” rapper on Saturday, his feud with West made headlines earlier this year.

In February, eagle-eyed fans noticed that Davidson added a curious link to his newly reactivated Instagram page, speculating he was alluding to his feud with the rapper. (His page has since been deleted.) Davidson’s bio included a link to a brief clip from 1982’s The King of Comedy where Rupert Pupkin (played by Robert De Niro) said, “Better to be king for a night than a schmuck for a lifetime.”

“HOLD YOUR SPOUSE CLOSE MAKE SURE THEY KNOW HOW MUCH YOU LOVE AND APPRECIATE THEM BECAUSE THERES A SKETE LURKING IN EVERY DIRTY ASS ALLEY WAITING TO HELP DESTROY YOUR FAMILY AND WALK AROUND IN CALVIN KLEINS AROUND YOUR CHILDREN,” West wrote via Instagram on February 13, alleging that Davidson would “never meet” his four children. (West and the Skims mogul, 41, share children North, 8, Saint, 6, Chicago, 4, and Psalm, 3.)

The Illinois native later added: “IF YOU SEE SKETE IN REAL LIFE SCREAM AT YHE LOOSER [sic] AT THE TOP OF YOUR LUNGS AND SAY KIMYE FOREVER 💔.”

While Davidson — who was first linked with the Keeping Up With the Kardashians alum in October 2021 after her hosting debut on the variety series — had not publicly addressed the duo’s feud, a source told Us Weekly that he has taken a “mature route.”

“Pete is staying far away from Kanye,” the insider told Us in February. “He’s not afraid of him — he just doesn’t want to get involved in the divorce drama.”

The Big Time Adolescence star previously made headlines during a September 2018 episode of SNL after he criticized West’s “Make America Great Again” remarks during his musical guest stint one week earlier.

“You know how wrong about politics you have to be for, like, me to notice?” Davidson previously said during an appearance on “Weekend Update” at the time, slamming West’s pro-Donald Trump comments. “You know how annoying that is? Like, Kanye is a genius but, like, a musical genius. … Kanye, I know you’re like ‘Yo, this is the real me, I’m off the meds,’ but take [them]. There’s no shade in the medicine game.”

Davidson, who sported a “Make Kanye 2006 Again” baseball cap during the segment, continued: “Being mentally ill is not an excuse to act like a jackass. I’m quoting my therapist, my mom, and my mailman.”

West later dissed Davidson’s remarks via a now-deleted Instagram post in February writing, “HI SKETE YOU GOT ANYMORE MENTAL HEALTH JOKES FOR ME?”

Kardashian — who filed for divorce from West in February 2021 after nearly seven years of marriage and has since been declared legally single — and the stand-up comedian’s relationship has gotten stronger despite the “Heartless” rapper’s pleas for a reconciliation.

“Kim and Pete are secure enough in their own relationship and aren’t going to let snide comments affect what they have,” a source told Us in February. “She’s leaning on him while Kanye is going through this jealousy phase. Kim and Pete are trying not to give in to the attention. She’s said what she needed to say.”

For more, watch the clip above! 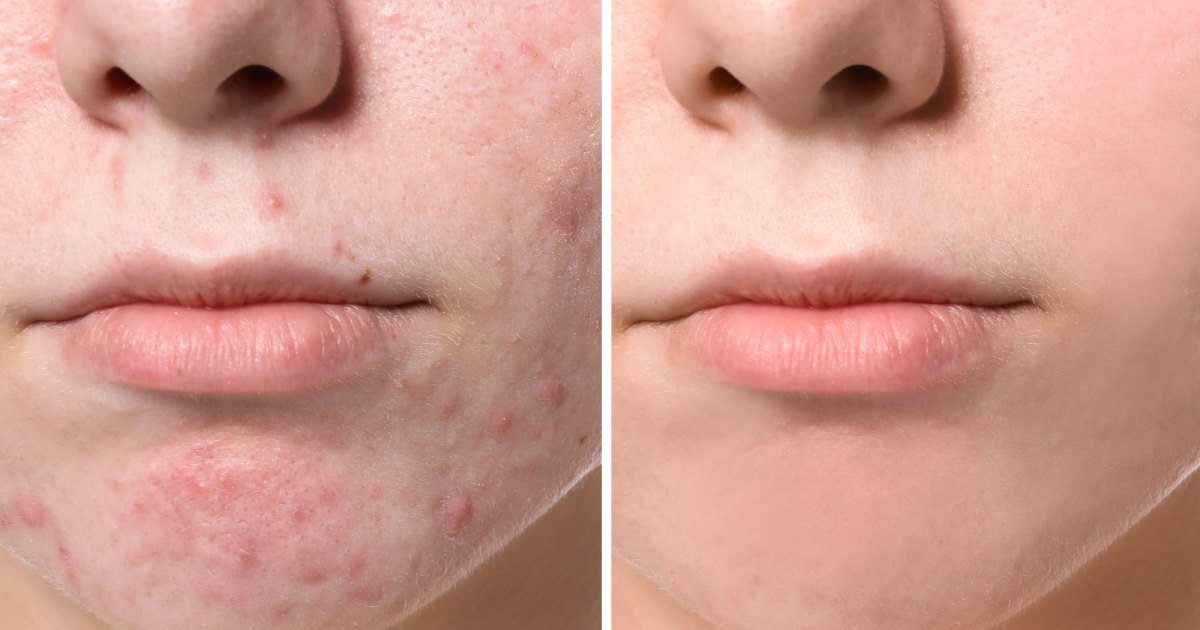 This Brightening Vitamin C Serum May Help Control Breakouts Too

Britney Spears Was ‘Inspired’ By Christina Aguilera, Denies Body-Shaming Her 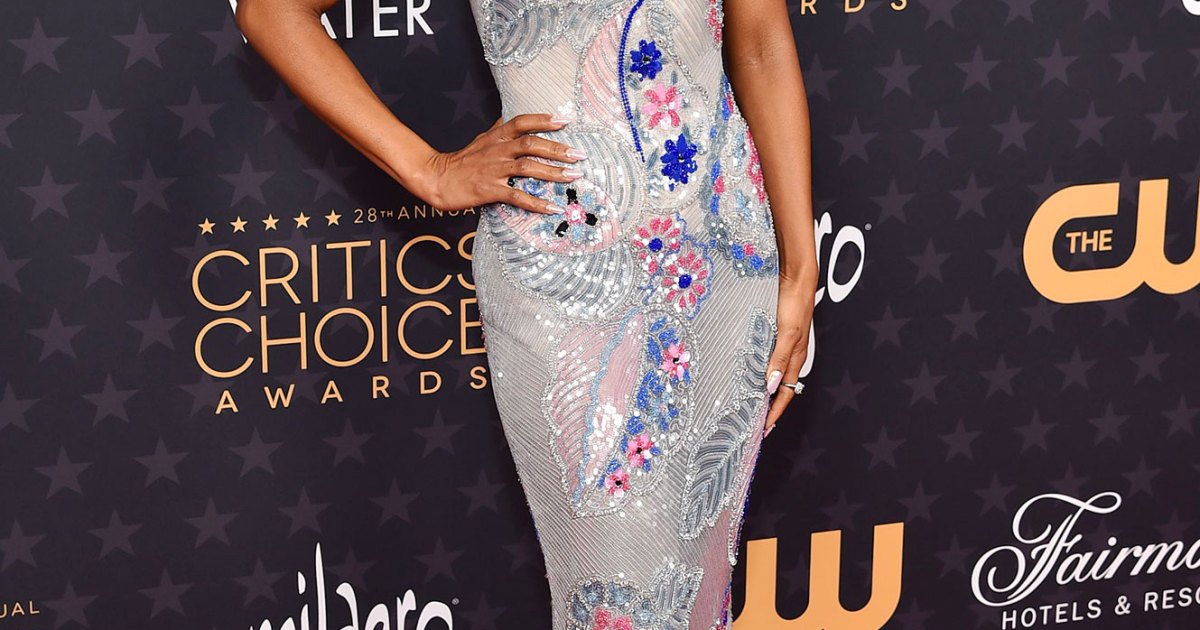