Did The Expanse‘s ending succeed? And how does the finale measure against its oft-cited counterpart in the fantasy genre, Game of Thrones? As soon as James S.A. Corey’s debut The Expanse novel arrived in 2011, the comparisons to George R.R. Martin’s A Song of Ice & Fire series began in earnest. Both utilize point-of-view, character-centric chapter formats, both blend political intrigue with epic faction warfare, and both balance a human squabble for power against a larger, darker, distinctly less human threat creeping forth from the shadows. Those parallels became even more pronounced once The Expanse followed Game of Thrones onto the small screen, joining Westeros in becoming a live-action venture draped in production values of the highest order.

Game of Thrones was first to wrap up, dropping season 8’s finale in 2019, and receiving a volley of criticism – odd character development, rapid pacing, and questionable creative choices the most common complaints. The finale itself proved most damaging to Game of Thrones‘ once-untouchable reputation, triggering a reaction more poisonous than Jon Arryn’s breakfast. Given the undeniable link between properties, Game of Thrones‘ final act failure put pressure on The Expanse to do it better. Could the sci-fi series succeed where its fantasy cousin withered in a pillar of dragon flame? Daniel Abraham certainly thought so when replying, “Challenge accepted,” to a tweet on the matter in late 2019.

Related: The Expanse Ending & Credits Tease Explained: What Happens Next

The Expanse‘s series finale is now on Amazon, bringing season 6 – and the show as a whole – to a close. How does the last chapter fare as an (early) end to the book narrative? And which TV series wrapped up better – Game of Thrones, or The Expanse?

Why The Expanse’s Final Episode Is A Strong Ending

The Expanse and Game of Thrones share at least one commonality – not everyone will walk away satisfied. Having said that, The Expanse season 6’s “Babylon’s Ashes” will find considerably more love than Game of Thrones‘ season 8’s “The Iron Throne.”

“Babylon’s Ashes” delivers the three key ingredients The Expanse is renowned for – stunning space battles, intense military action, and compelling drama that makes politics more exciting than it has any right to be. Marco Inaros’ drive signature rug-pull on the Consolidated Fleet represents a decent opening salvo of a dogfight, but it’s the Rocinante’s attack on the Ring Station that gives The Expanse‘s finale one of the most visually impressive sequences from any season. Viewers never knew how much they needed Amos Burton free-falling through the Slow Zone tied to a chair until it happened. On the ground, Bobbie leads a bridge assault to disarm Marco’s devastating rail guns. It’s the last action sequence The Expanse has to offer, and doesn’t disappoint. Even if the galaxy’s fate doesn’t exactly hinge on their success, there’s a desperation and camaraderie that signals this really is the end (well… maybe.)

But The Expanse has never been solely about shooting, spaceships, and shooting spaceships – the political machinations of the Sol system are equally important, if not more so, and season 6’s finale soars in this aspect also. The final negotiation between Holden, Avasarala, Drummer and the Martian guy feels appropriately weighty. There’s no attempt to undersell how this round-table marks the culmination of 6 whole seasons, and the momentous occasion (as well as the ensuing press conference) is ably anchored by standout final performances from Steven Strait, Shohreh Aghdashloo and Cara Gee.

It’s been said before, but The Expanse‘s greatest strength lies within its Rocinante characters, and each main player receives a fitting farewell by the time season 6’s mysterious final credits roll. Despite being captain, Holden takes a backseat during the combat. His time to shine comes when accepting presidency of the Transport Union, then immediately handing the title to Camina Drummer because the Inner planets refuse to. It’s a maverick moment that speaks perfectly to Holden’s characterization – going against the grain to do what he believes is right. Meanwhile, it’s Naomi Nagata who actually saves the world, but to do that, she must kill her own son (or so she thinks), throwing one final heart-wrenching emotional spanner into The Expanse‘s works. In Peaches, Amos finds that emotional connection he’s craved since childhood, healing the Roci’s mechanic, rather than “fixing” him. And Bobbie Draper gets to become the hero she thought she was when fighting for the Martian marines (whilst also blowing things up like a badass).

By prioritizing character, telling a cohesive plot, and finishing strong with a trademark blend of cosmic bombast and suspense-filled drama, The Expanse shoots a round through most of its finale targets. Admittedly, the execution doesn’t always match the ambition. No sooner has Naomi Nagata suggested summoning the Ring entities, Marco Inaros is being obliterated, with only a scant few minutes from idea to outcome. That haste somewhat undercuts the importance of the Rocinante’s task here – especially after dwelling longer on every other flashpoint in “Babylon’s Ashes.” These few moments of suspect pacing aside, however, The Expanse‘s series finale is the ending fans deserved.

The Expanse’s Ending IS Better Than Game Of Thrones’ Finale

Peter Dinklage aside, a lot of people harbor a lot of reservations over how Game of Thrones ended, ranging from character moments that don’t add up, to sloppy production errors that accidentally became a metaphor for season 8’s decline. Regardless, Game of Thrones‘ ending errors mostly stem from one core problem – there wasn’t enough seasons. George R.R. Martin himself has described imploring HBO to commission at least 2 additional runs, but 8 was the number Game of Thrones ultimately stuck with. Even Jon Snow knew this would never provide enough hours to cover the remaining narrative ground, pushing Game of Thrones into a frantic rush to wrap everything up before the plug was pulled.

The Expanse faced essentially the same dilemma – but chose the opposite solution. Amazon cancelled its sci-fi space opera with 3 books still to adapt. Whereas Game of Thrones went for the “cram everything in at all costs” route, The Expanse continued its path, business as usual. Season 6 adapts book 6, Babylon’s Ashes, and the The Expanse‘s series finale ends more or less how book 6 ends, making no attempt to tie off every remaining plot thread planned for future seasons. This strategy of focusing on the here and now makes for an infinitely more enjoyable conclusion.

Consider, for instance, the overarching bugbear viewers had with Game of Thrones‘ finale – Daenerys turning evil. Apologists will insist the “signs were there,” and while that’s certainly true, the Mother of Dragons’ transformation was still obscenely quick. Daenerys burning King’s Landing wouldn’t have generated so much heat had her dark descent played out over a longer period. By accelerating Dany from hero to villain so fast, audiences felt Game of Thrones betrayed her character. The same could be said about Jaime returning to Cersei, or Bran becoming king. Unlike HBO’s fantasy finale, The Expanse season 6 doesn’t give James Holden his book 9 ending. Holden may not become a dragon-riding mass-murderer in The Expanse‘s last book (sorry to disappoint), but had Amazon’s finale jumped straight to his literary endgame, viewers would’ve felt the same disconnect that ruined Daenerys in Game of Thrones. The protagonist who hoodwinks the Transport Union is an older, wiser, more assured version of the man who answered that fateful Canterbury distress call in season 1, and his crew mates are all afforded similarly logical conclusions.

Another major consequence of Game of Thrones‘ final season sprint is how important storylines are nonchalantly glossed over. The whole world was waiting for “R+L=J,” but after the revelation finally came, Jon Snow’s heritage proved largely meaningless – once again, because Game of Thrones lacked the episodes to do that angle justice. Faced with the same problem, The Expanse doesn’t sacrifice its present to rush into its future. Almost the entire final episode commits to resolving the Free Navy conflict, and even if the pacing isn’t totally consistent, you’ll find considerably less plot holes and dead ends there than in Game of Thrones‘ ending.

By retaining its usual format in spite of cancellation, The Expanse bows out with its character integrity intact, and its plot in one piece – neither of which Game of Thrones managed. But the sci-fi series’ strategy of stubbornly sticking to its pre-cancellation blueprint comes with one major drawback…

Say what you like about Game of Thrones‘ finale (and many have), but every significant plot thread is resolved. The White Walkers arrive and promptly die, Westeros’ future is sorted, Jon’s parentage comes out, bad folk get their comeuppance, etc. Viewers won’t necessarily come away from the experience fulfilled,  but neither will they emerge from Game of Thrones season 8’s “The Iron Throne” asking, “What comes next?“

Related: What The Expanse’s Borrowed Game Of Thrones Quote Means For Season 6

The Expanse‘s finale leaves its audience asking, “What comes next?” In fairness to the TV adaptation, Babylon’s Ashes is the best place to end The Expanse other than the actual ending. Marco Inaros is defeated, the Rocinante crew gets something vaguely resembling a “happily ever after,” and James S.A. Corey’s original books don’t continue until 30 in-universe years have passed. As such, The Expanse season 6 does provide a sense of resolution… but also leaves an awful lot unsaid. Admiral Duarte is perfectly primed as the story’s next big bad, and beyond him there’s the underlying Ring entity threat. By the time The Expanse ends, these storylines are only just beginning, and even on a personal level, there’s no payoff to Peaches learning she only has 5 years to live.

By most measures, The Expanse‘s finale is a more entertaining affair than the last chapter Game of Thrones had in store. Whether it’s a better ending, however, depends on individual preference. Is a bad but definitive ending better than a strong but inconclusive one? Whether The Expanse succeeds as a finale also depends on how the franchise’s future plays out from here. A movie continuation would justify ending the TV series at such a crucial juncture, whereas if this really is where The Expanse wraps up, the overt foreshadowing and setup feels oddly irresponsible. With that in mind, perhaps the all-important elevating The Expanse‘s finale above Game of Thrones is how only one can still be built upon. A good-but-incomplete story can always be picked up again… but no amount of online petitioning can improve the bitter aftertaste Game of Thrones left behind.

More: The Expanse’s Future: Season 7, Spinoffs, What Comes Next?

Craig first began contributing to Screen Rant in 2016, several years after graduating college, and has been ranting ever since, mostly to himself in a darkened room. Having previously written for various sports and music outlets, Craig’s interest soon turned to TV and film, where a steady upbringing of science fiction and comic books finally came into its own.
Craig has previously been published on sites such as Den of Geek, and after many coffee-drenched hours hunched over a laptop, part-time evening work eventually turned into a full-time career covering everything from the zombie apocalypse to the Starship Enterprise via the TARDIS.

Since joining the Screen Rant fold, Craig has been involved in breaking news stories and mildly controversial ranking lists, but now works predominantly as a features writer.
Jim Carrey is Craig’s top acting pick and favorite topics include superheroes, anime and the unrecognized genius of the High School Musical trilogy. 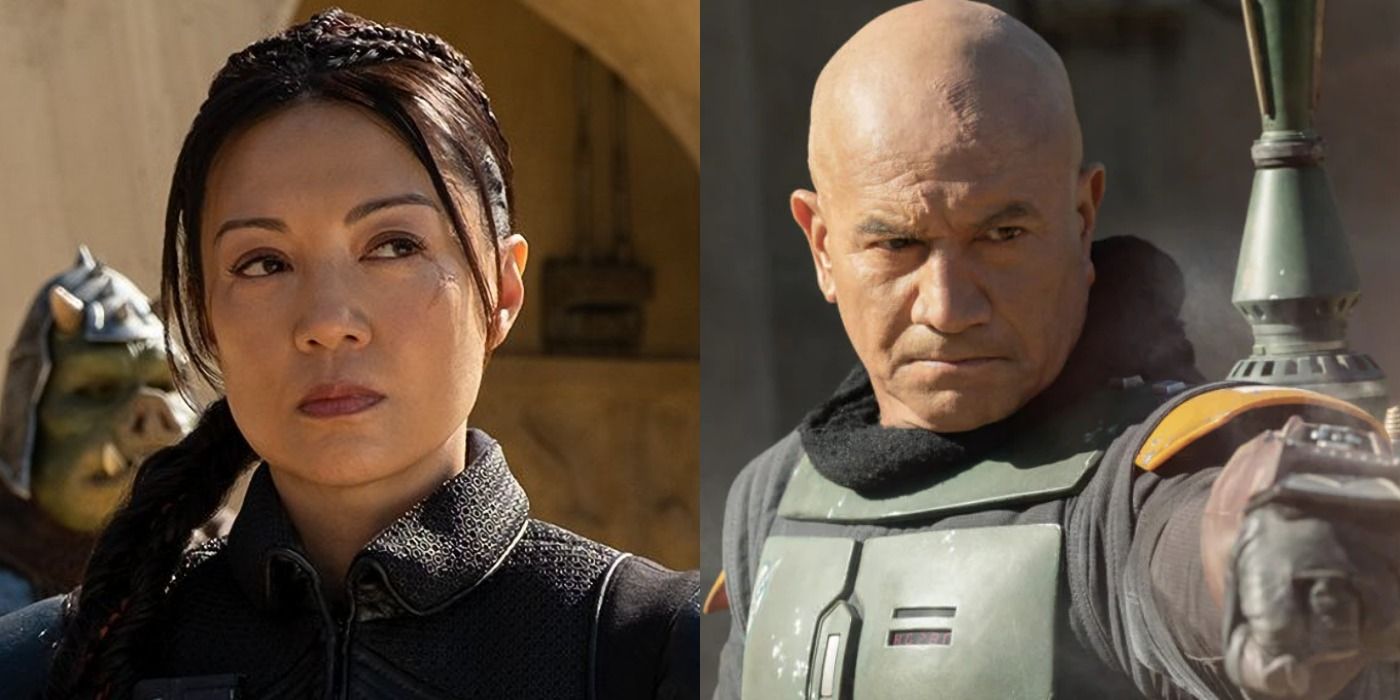 The Book Of Boba Fett: 9 Movies And TV Shows Where You’ve Seen The Cast 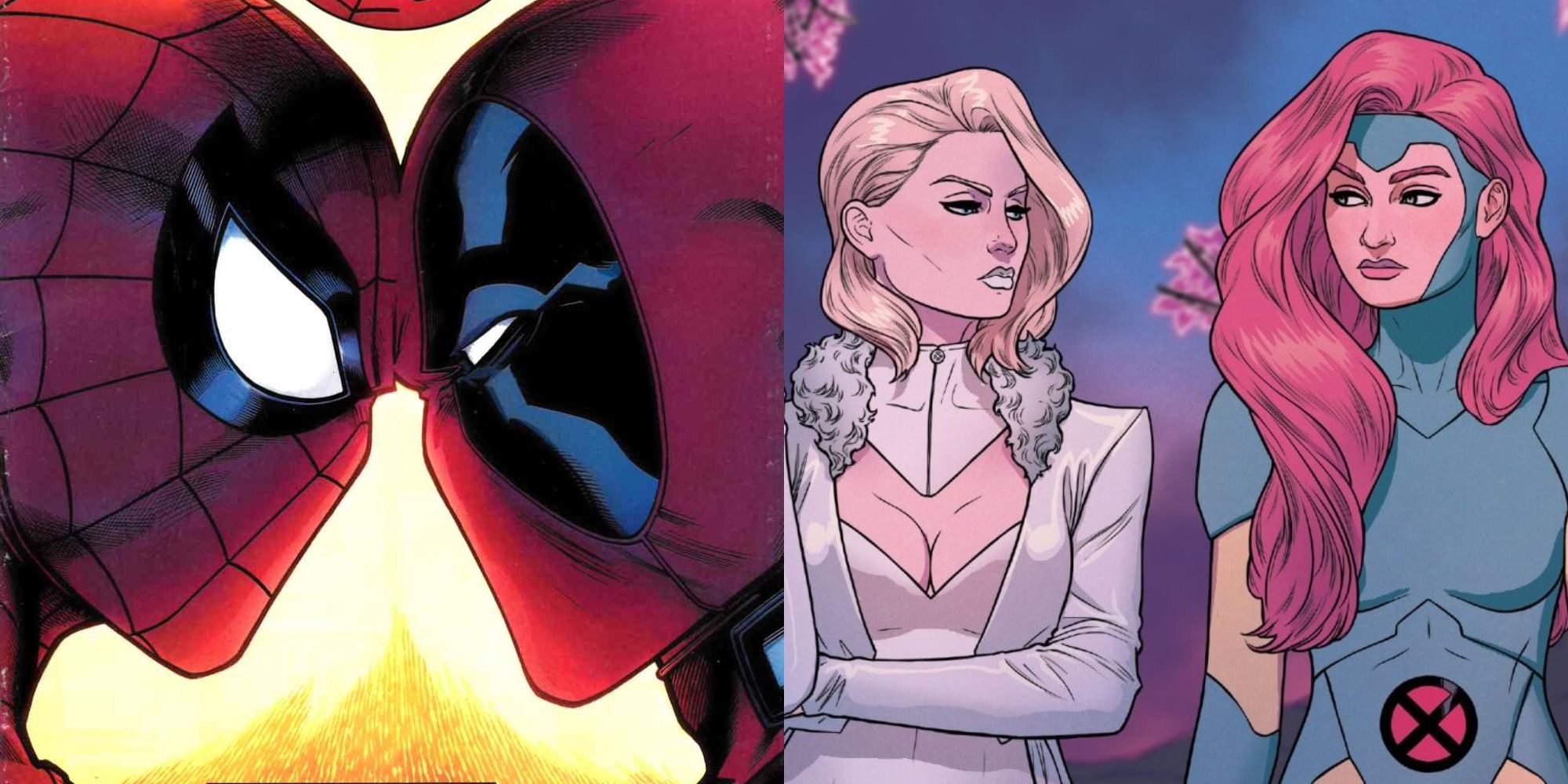 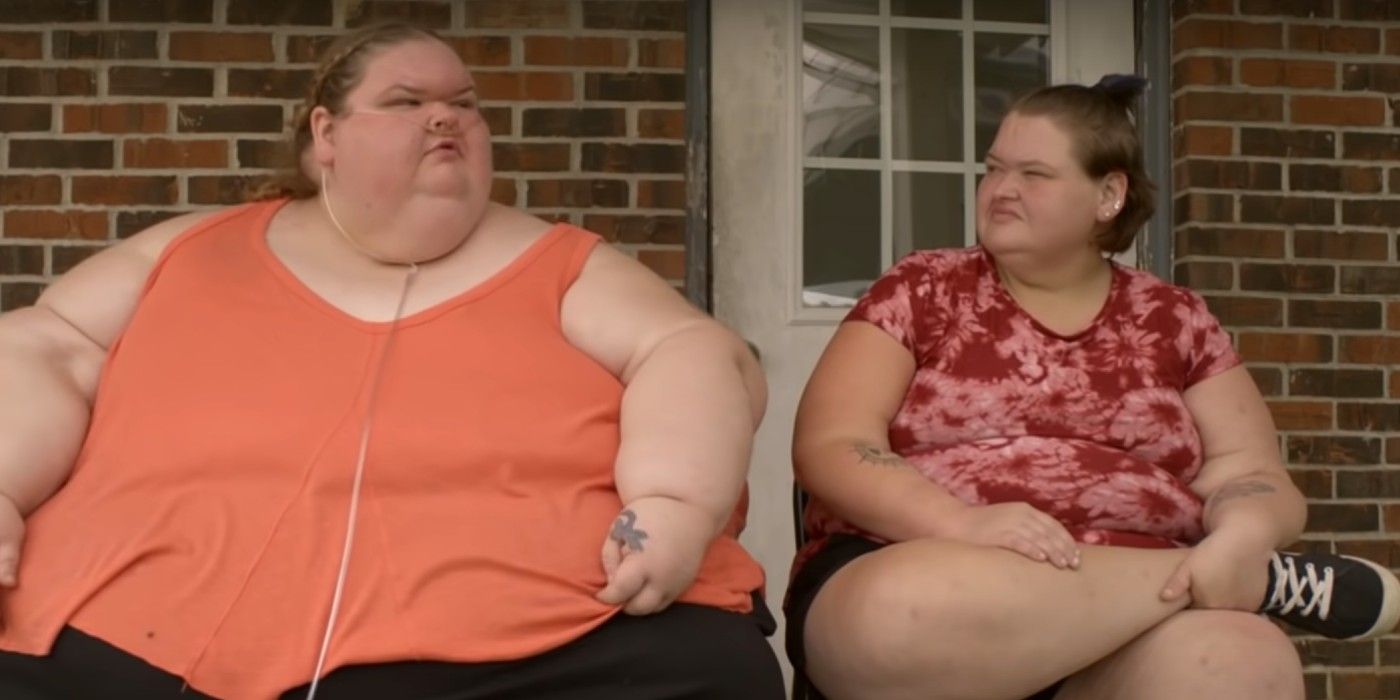 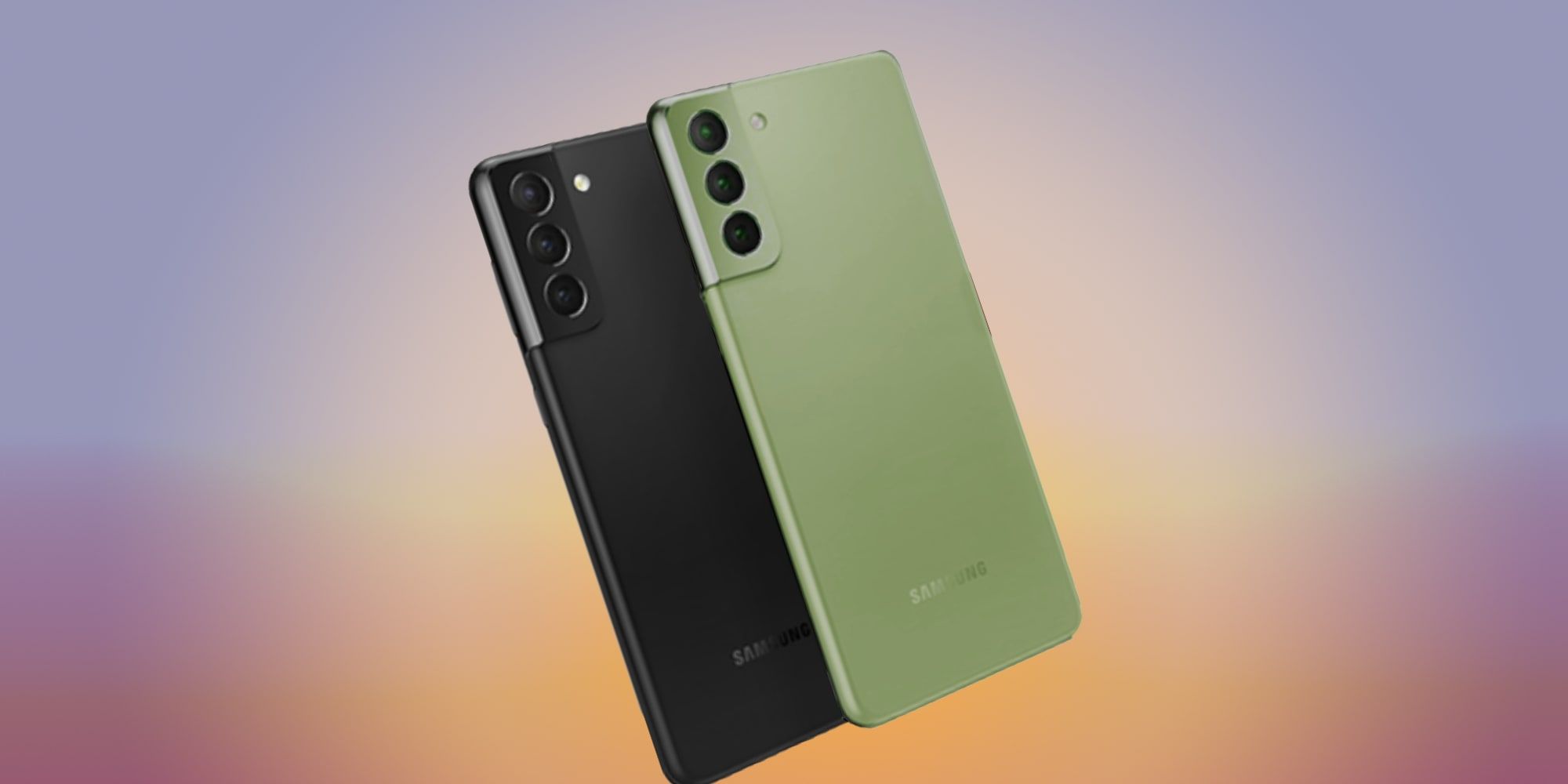 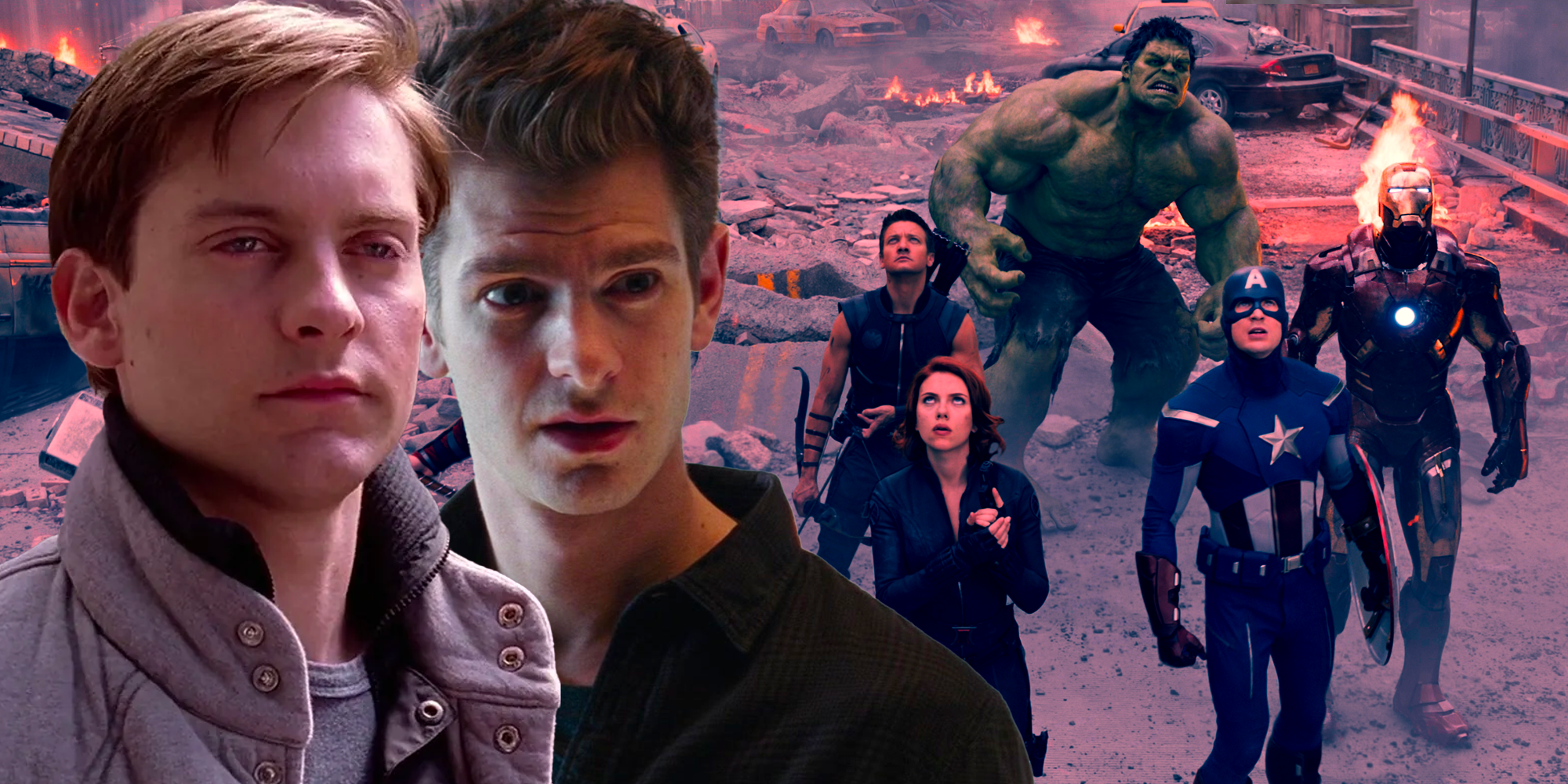 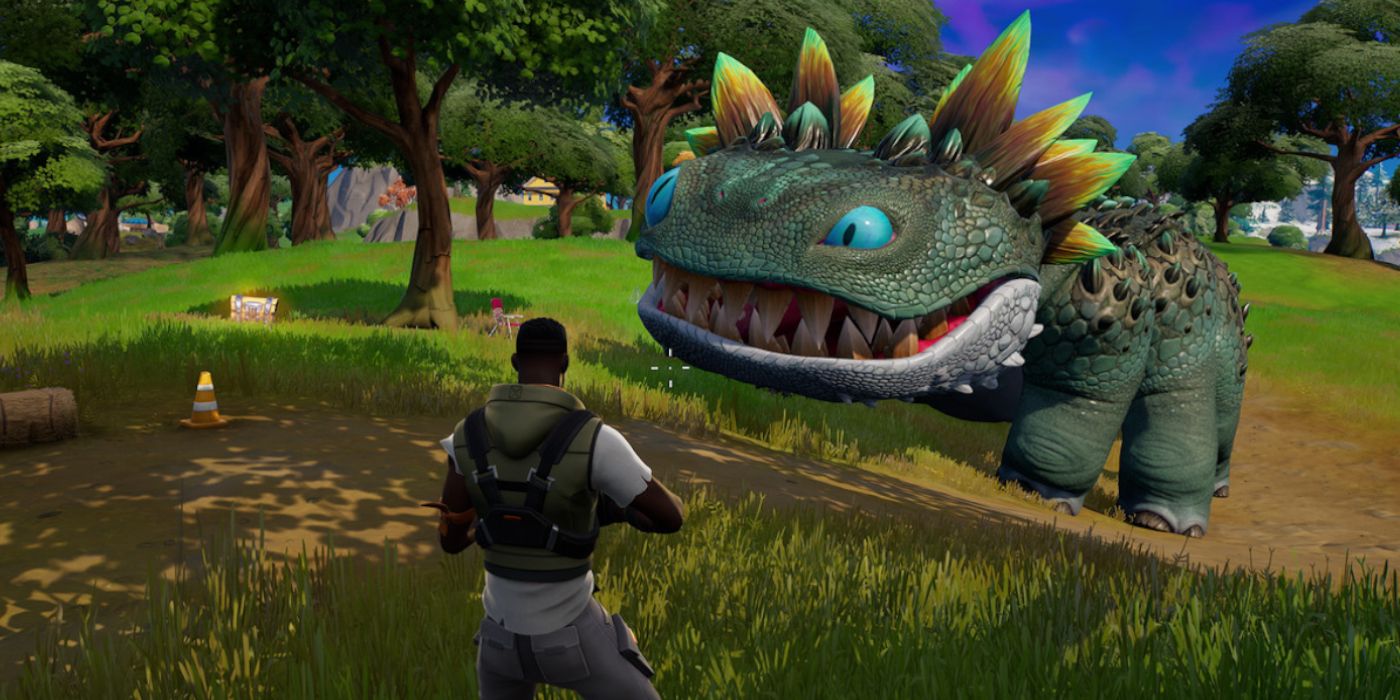