NOGALES, Mexico — Guadalupe Garcia crossed the border into Arizona with her 11-year-old daughter early this year, saying she was fleeing the brutal beatings she was suffering at the hands of her husband in Guatemala. The Border Patrol informed her that the United States was not open for asylum, and quickly put the pair on a bus back to Mexico.

Five months later, Ms. Garcia and her daughter are still in the Mexican border city of Nogales, where she has found work at a restaurant. “We are waiting patiently for the U.S. to open,” she said on a recent day while filling orders for breaded chicken, enchiladas and tacos. Isilda was in a side room, making collages from magazine cutouts while her mother worked.

San Juan Bosco, a shelter in Nogales, where the two are staying, has hosted many migrants for “five, six, even 10 months,” said Maria Antonia Diaz, a longtime volunteer. They are among tens of thousands of migrants lingering now in Mexican outposts — some who have taken jobs and rented apartments — waiting for the day, expected soon, when the United States fully opens its doors again to asylum seekers.

The situation on the southern border is reaching a critical stage, according to federal and state officials who must accommodate the incoming migrants. Even before the scheduled lifting next week of the Title 42 public health rule, which has allowed the government to swiftly expel nearly two million migrants over the past two years, U.S. Border Patrol agents are encountering near-record numbers of people who either crossed on their own or were allowed to enter under various Title 42 exemptions.

Though a federal court could temporarily halt the lifting of the public health order — postponing the day of reckoning — the key challenge for the Biden administration in the coming months is finding a way to deter the thousands of migrants who head for the United States not because of imminent threats of violence or persecution — threats which the United States is legally and morally obligated to address — but in search of jobs and a better future.

The official intent of Title 42, originally put in place under the Trump administration, was to slow the transmission of the coronavirus across the border. But it quickly became a powerful tool to slow immigration.

“There has never been a public health justification for using Title 42 authority in the battle to contain Covid-19,” said Wayne Cornelius, director emeritus of the Center for Comparative Immigration Studies at the University of California, San Diego.

“It was an obscure rule,” he said, “part of a multipronged effort to curb immigration to the U.S.”

The Biden administration has faced pressure from progressives to halt the expulsions and offer refuge to migrants who have legitimate claims of persecution in their home countries. It announced in April that the order would be lifted on May 23, with stepped-up plans to handle the new arrivals. But the large number of migrants predicted to cross in the weeks after the order is lifted has given pause, with even some Democrats advocating a go-slow approach.

Whether the policy is terminated next week or not, the United States is likely to see large numbers of people at the border for the foreseeable future. Turmoil around the globe is pushing migrants from Venezuela to Colombia; from Nicaragua to Costa Rica; and from everywhere near and far to the United States, where jobs are plentiful and prosperity and security seem within reach.

“Despite who is in charge and what policies are in place, there are global and regional forces that are going to lead to a continuation of migration,” said Eileen Díaz McConnell, professor of global migration at Arizona State University. These forces, she said, include climate change, economic and political upheaval, organized crime and domestic abuse, as well as the fallout from the global health crisis.

To handle the expected surge, the Homeland Security Department has unveiled a plan to focus new resources on the border, and Alejandro N. Mayorkas, the agency’s chief, has vowed that people without a legal basis for entering the country will face detention, deportation and other consequences that have been frozen during Title 42.

A new program to adjudicate border asylum cases within one year, rather than through the backlogged immigration courts that often take six to eight years, aims to discourage families with weak claims from journeying north.

“We are elevating the enforcement consequences we bring to bear on individuals who don’t qualify” to remain in the United States under the law, Mr. Mayorkas said during a visit to the Rio Grande Valley in Texas on Tuesday.

Any U.S. effort to prevent an overwhelming influx will depend on how well countries throughout the region, especially Mexico and Guatemala, manage their borders. Migrants from around the world travel through those countries en route to the United States. Mexico also plays a crucial role in deciding which migrants it takes back after their expulsion from the United States.

In April, more than four out of 10 border encounters by agents were with migrants from countries beyond Mexico and Central America’s Northern Triangle, an unprecedented share. And many have been allowed to enter the United States despite Title 42, which has excluded about 60 percent of the migrants who crossed the border since it took effect in 2020.

On a recent day, three busloads packed with male migrants, mainly from India, Senegal and Georgia, arrived at Casa Alitas shelter in Tucson within a three-hour span. Most of them had spent a few days in detention and then had been released with ankle monitors and orders to report to court later for deportation hearings.

Among those standing in line for assistance booking tickets to destinations across the country was Bassir, 30. He had flown from Senegal to Brazil, where he began a trek over land to reach the Mexico-Arizona border, he said. As he traversed the Darien Gap, a lawless stretch of jungle near the border of Colombia and Panama, bandits put a pistol to his head, and stole his watch and $350. But after being intercepted by border agents and spending a few days in detention, he was finally looking at a chance to get a job in the United States, only wondering aloud, “How long will they keep this thing on my foot?”

A 20-year-old man named Preet Singh, headed for Los Angeles, said that his parents in India had paid $16,000 to guides who ferried him through Europe and Mexico to the United States.

The numbers at the U.S. border reflect an escalating range of global tumult that increasingly has ended up at America’s door, said Adam Isacson, a scholar at the Washington Office on Latin America, who started studying the border in 2000.

“The world cratered during the pandemic,” Mr. Isacson said, “and this internationalization of crossers intensified.”

It is a trend unlikely to reverse. “There is little reason to think the world will become more stable, peaceful and prosperous in the next 10 years,” he said.

Because the rapid expulsions under Title 42 have enabled many single adults to make repeated tries until they succeed in eluding U.S. border authorities, administration officials have predicted that the total number of encounters by agents could decline after Title 42 is rescinded, despite the expected arrival of thousands of new asylum seekers who have been waiting on the other side.

But deterring large numbers of people from arriving with dubious asylum claims will be one of the central challenges in the months after Title 42 is lifted. Even if many claims are quickly rejected under the administration’s new fast-track policies, it will take time for word to get back that people are being denied protection and deported. And any messaging by the U.S. government will compete with that of a sophisticated smuggling industry that adapts quickly to shifting policies.

“It’s not just individual migrants; there is a system that responds to policy changes,” said Professor Díaz McConnell of Arizona State.

The only certainty is that the longer it takes for Title 42 to be lifted, the more migrants will amass on the Mexican side, creating a bottleneck that raises the potential for overcrowding and disruption when it ultimately ends.

A Mexican woman named Betzaida and her three children are among hundreds or more displaced families from Guerrero, a Mexican state convulsed by cartel violence, who have been waiting in Nogales for Title 42 to end. The family is renting an apartment and receiving assistance from the Kino Border Initiative, a nonprofit that provides meals, clothes and legal services to migrants.

“We never considered leaving Mexico. We had a stable life,” said Betzaida, who did not want her last name published out of fears for her safety. That changed, she said, when gang members, determined to seize their property, kidnapped and beat her husband unconscious. “All we want to do is disappear from Mexico so that they can’t find us,” she said.

Similar scenes are playing out in Mexican border towns from the Pacific Coast to the Gulf of Mexico.

Magdala Jean, 33, and her husband came from Haiti. They have been waiting with thousands of other migrants in the cartel-controlled border city of Reynosa, across from McAllen, Texas.

In Port-au-Prince, they said, they felt unsafe amid a spate of shootouts by gangs that now control broad swaths of the capital. They also could not find jobs. Camping out in Mexico has been their best option, she said.

“We want to wait, so that we’re not turned back,” she said.

About 280 miles away, in the small town of Piedras Negras, Mexico, men, women and children in tattered clothes trickled into Primera Iglesia Bautista, a shelter in a nondescript building a block from the international bridge leading to Eagle Pass, Texas. They said that there were many people behind them.

Israel Rodriguez, the pastor at the shelter, said that not only have more people been arriving in the past few weeks, but also they are coming from different countries than in the past.

“People will continue coming. It’s the oldest story,” he said. “They have crossed mountains, lakes and rivers and they are not going to turn back because a law is lifted or added. Nothing stops them.” 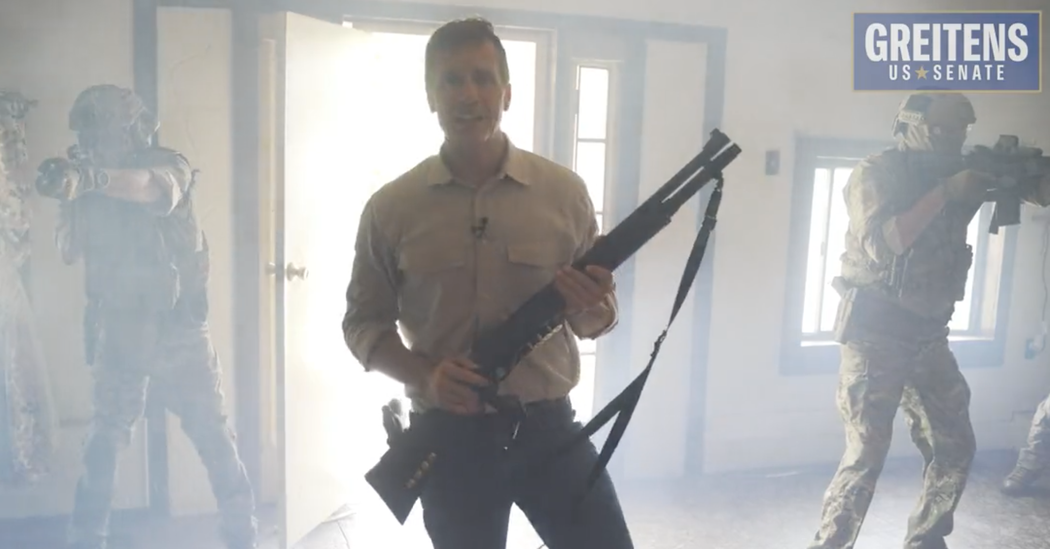 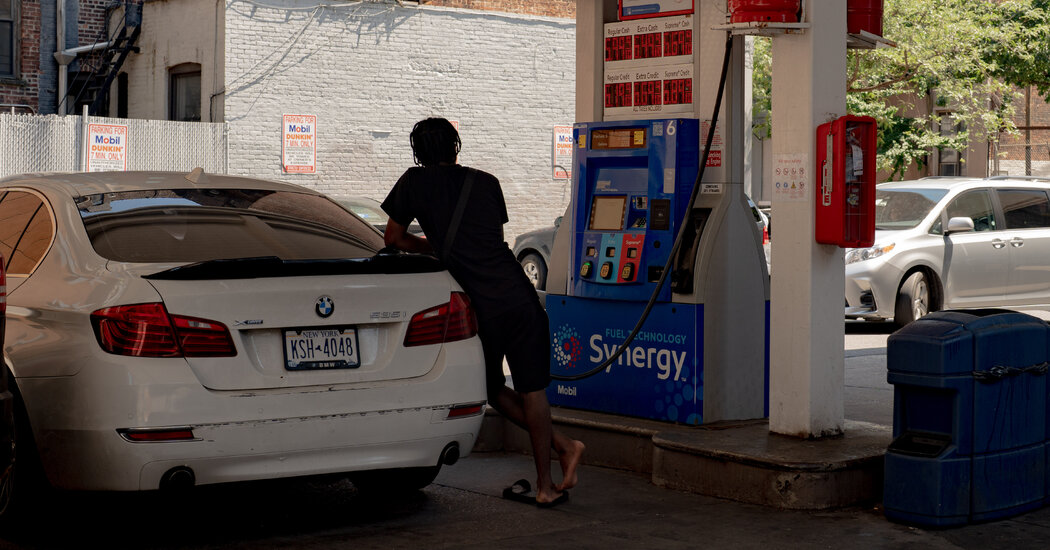 Biden Will Push Congress for a Three-Month Gas Tax Holiday 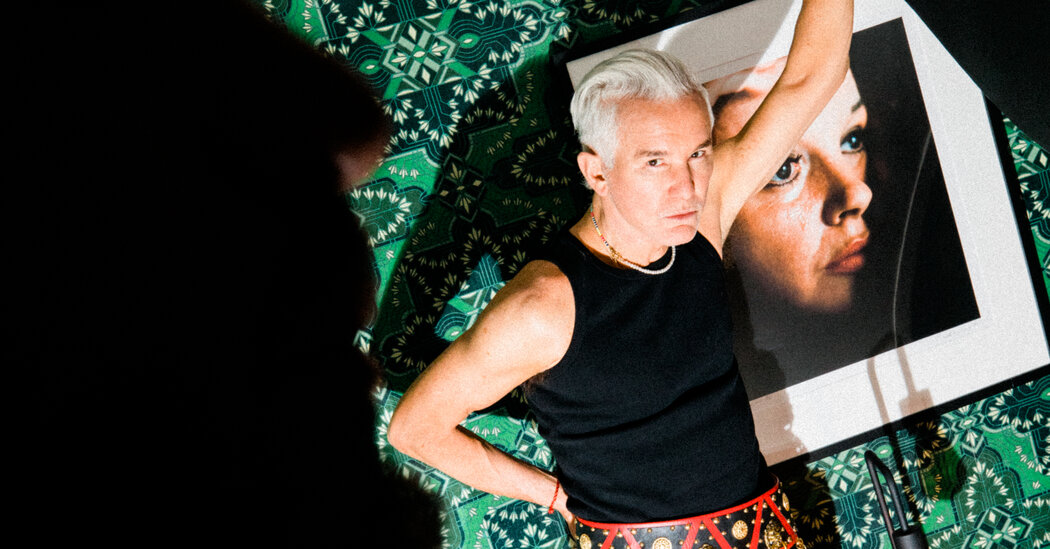 Baz Luhrmann Is Ready for Rhinestones, Cadillacs, Dr. Feelgood and a Svengali