Luke Skywalker is the iconic hero of the original Star Wars trilogy. A fan-favorite and a pioneer of sci-fi protagonists, Luke has achieved an elevated status among fictional characters, with his journey immortalized in an ever-expanding franchise.

Like most archetypal heroes, Skywalker has endured his fair share of trials and tribulations throughout his journey. However, he has also been the recipient of the occasional bright turn of fate, with several key moments in his life rewriting his story for the better.

Much like his father before him, Luke Skywalker wanted nothing more than to finally leave the desert planet of Tatooine and see the galaxy. His chance finally came after intercepting a message from Princess Leia to Ben Kenobi, who took him along on his mission to Alderaan.

This was a turning point in Luke’s life when he finally graduated from being a farmhand with few prospects to becoming a bona fide hero of the Rebellion. Though the adventure began with tragedy in the deaths of his aunt and uncle, he also managed to finally achieve his dreams.

In the original Star Wars film, Luke assists his Uncle Owen in selecting a droid for their moisture farm. They wind up buying two, the iconic droids R2-D2 and C-3PO, whose antics would eventually lead Luke to learn the truth about Ben Kenobi and his father Anakin Skywalker, following in their footsteps to become a Jedi.

Some might say that it was a twist of fate that the Lars homestead ended up buying the two droids that carried a vital message that would lead to Luke’s departure from Tatooine. Those who know better would say it was the Force, working to bring a true hero into the larger galaxy.

After leaving Tatooine, Luke Skywalker eventually joined the Rebellion against the Empire, just as they were preparing to destroy the first Death Star. Luke would go on to be a true hero among the Rebel Alliance, saving the entire organization on several occasions.

Luke Skywalker’s appearance proved to be one of the most unexpected things to happen on The Mandalorian, with the classic character showing up in the finale of the show’s second season, where he saved the main characters from a legion of Moff Gideon’s Dark Troopers before taking the young Grogu to train with him in his new Jedi Order.

Finding Grogu must have been an emotional moment for the young Jedi, who had once trained under a being of the same species as the child, the wise Master Yoda. Luke taking this youngling in is a way for him to come full-circle in his journey as a Jedi Knight. Not only that, but Grogu will no doubt go on to be one of Luke’s most powerful students.

Blowing Up The Death Star

In the First Galactic Civil War, the Empire had the clear upper hand against the Rebels, with their primary space station, the Death Star, acting as a symbol of the former’s might, with the power to blow up entire planets with the push of a button. However, the plucky rebels managed to destroy the gigantic space station, with Luke Skywalker landing the fatal blow in his X-Wing.

This moment was the turning point in the war when the Rebels learned that they stood a fighting chance. For young Skywalker, this was something more. This event proved to him that he could be a true hero; it also marks the first time that he ever consciously connected with the Force, opening up the gateway for him to begin his journey as a Jedi.

After the Battle of Hoth, Luke departed from his Rebel friends to train with the reclusive former Jedi Master Yoda. Though the two got off to a rocky start, Yoda’s guidance proved paramount in the young potential Jedi’s life, giving him the skills he required to hold his own against the villainous Darth Vader.

His time training under the wise old man highlighted one of Luke’s unmistakable character traits: his impatience. While he never fully overcame this flaw under Yoda’s direction, he did manage to grow into the Jedi Knight that would one day save the galaxy from the wicked Empire.

After long years of oppression under the Empire and its evil Emperor Palpatine, the galaxy was finally liberated by the Rebel Alliance. Luke played a pivotal role in the fall of the Empire, contributing to the death of Palpatine and the redemption of Darth Vader.

This moment marked a new age for the galaxy, as the New Republic began to form in place of the Empire. While little is known about Luke’s life during this period of time, it was no doubt a time of great learning, as he could finally study the Jedi ways in peace and tranquility, the way it was always meant to be.

Much of Luke’s arc in The Last Jedi dealt with the aged Jedi Master regaining the initial spark of hope that had once motivated him to save the entire galaxy. This development would eventually lead to his confrontation against Kylo Ren as he defended the last remaining members of the Resistance from the First Order forces, a moment that proves that Luke Skywalker may in fact be the best Jedi ever.

Luke’s actions on Crait reawakened the aspects of his character that made him a hero for the ages–something that he appeared to have lost some time in between Return of the Jedi and The Force Awakens. Though exerting himself in such a way would lead to his death, Luke managed to die as the same man that saved the galaxy all those years ago.

Learning He Has A Sister

After the death of Yoda, Luke Skywalker convened with the Force Ghost of his former guardian Obi-Wan Kenobi, who revealed to him that he was not the only child of Anakin Skywalker. At this moment, Luke sensed that Leia Organa was indeed his sister. This proved to be one of the most unexpected reveals of the Star Wars original trilogy.

Putting aside the strange implications of Luke and Leia’s kiss in the prior film, this revelation changed the trajectory of Luke’s life. He was no longer alone in the galaxy, but had someone to share his experiences with. And, as the sequel trilogy finally showed, this truth gave him his first apprentice, as he would go on to train Leia in the ways of the Force.

While coming face-to-face with the Emperor in his throne room, Luke Skywalker was able to make a breakthrough with his father, reawakening the man within the machine. Vader killed Palpatine in order to save his son but died only minutes later after saying a final farewell to Luke.

Though it didn’t last long, this moment allowed for Luke to finally have a father, even if it was for just a few minutes. It also proved that he had been right all along about there still being good within Vader, confirming that Anakin Skywalker had never truly died. Luke’s faith in the goodness of his father was able to redeem him in the end, allowing him to die in the Light.

NEXT: 10 What If…? Star Wars Scenarios We’d Love To See In A Spinoff

Jordan Iacobucci is an avid reader and movie fan, and has been since childhood. Jordan is known among his friends as the Marvel and Star Wars nerd, and even wrote a thirty-page college dissertation about Spider-Man! He is currently obtaining an English degree and lives outside Raleigh, North Carolina with his family. His other interests include working with children, reading, and music. 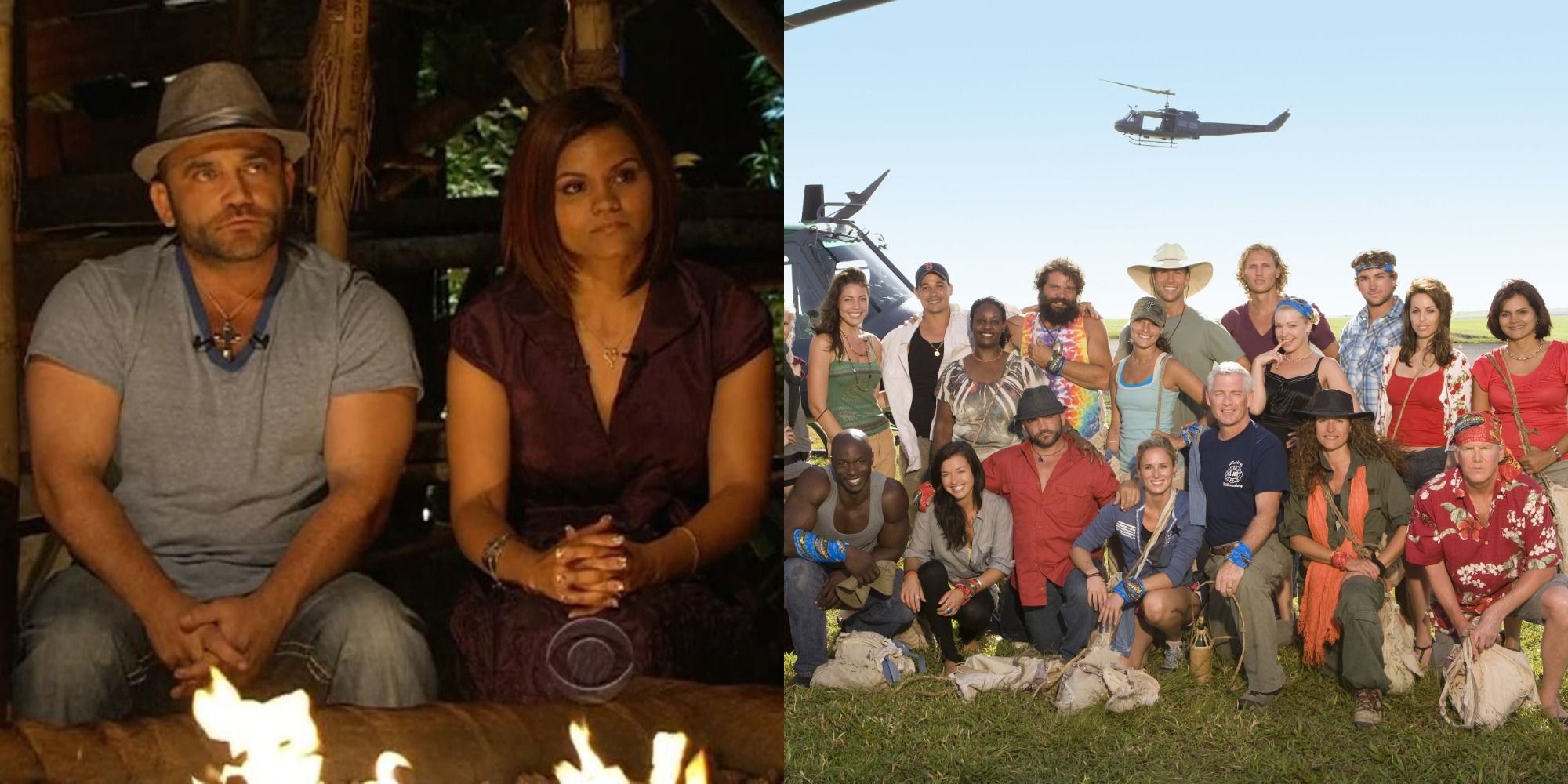 Survivor: 10 Ways “Heroes Vs Villains” Is The Best All-Star Season 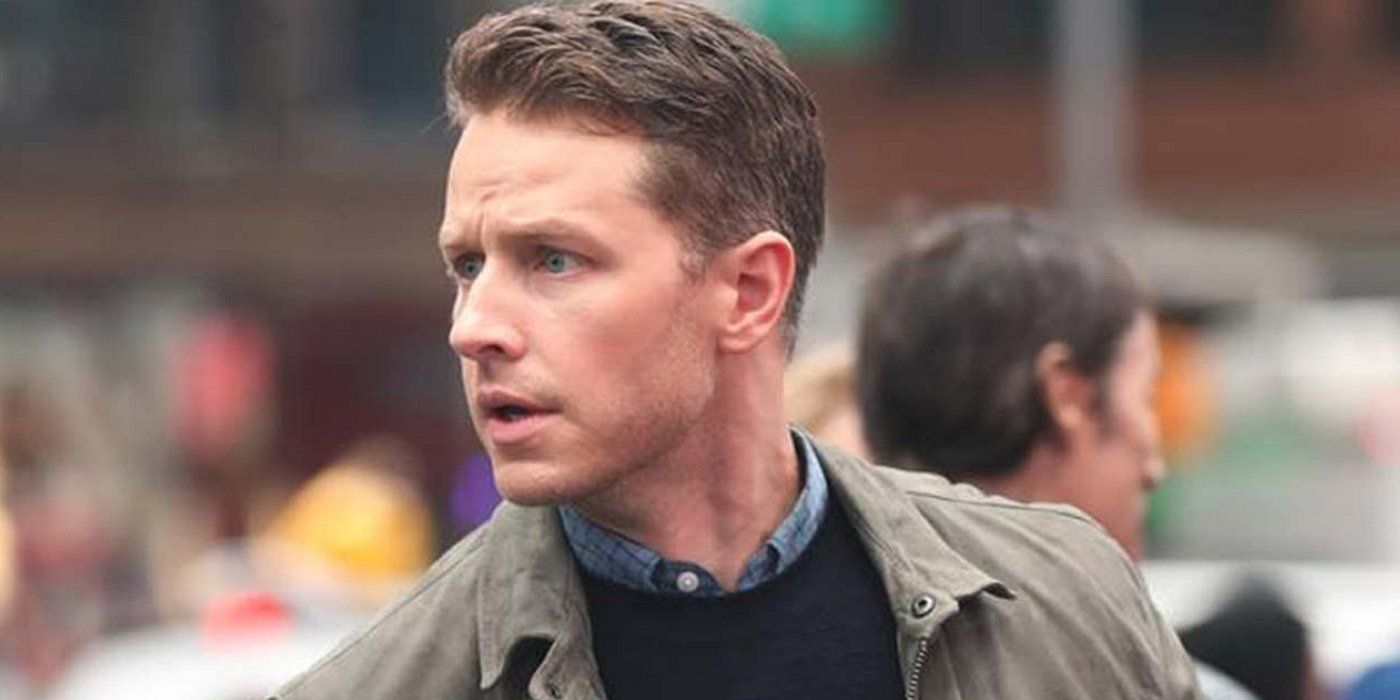 Manifest Season 4: Why The Lifeboat Theory Could Be Completely Wrong 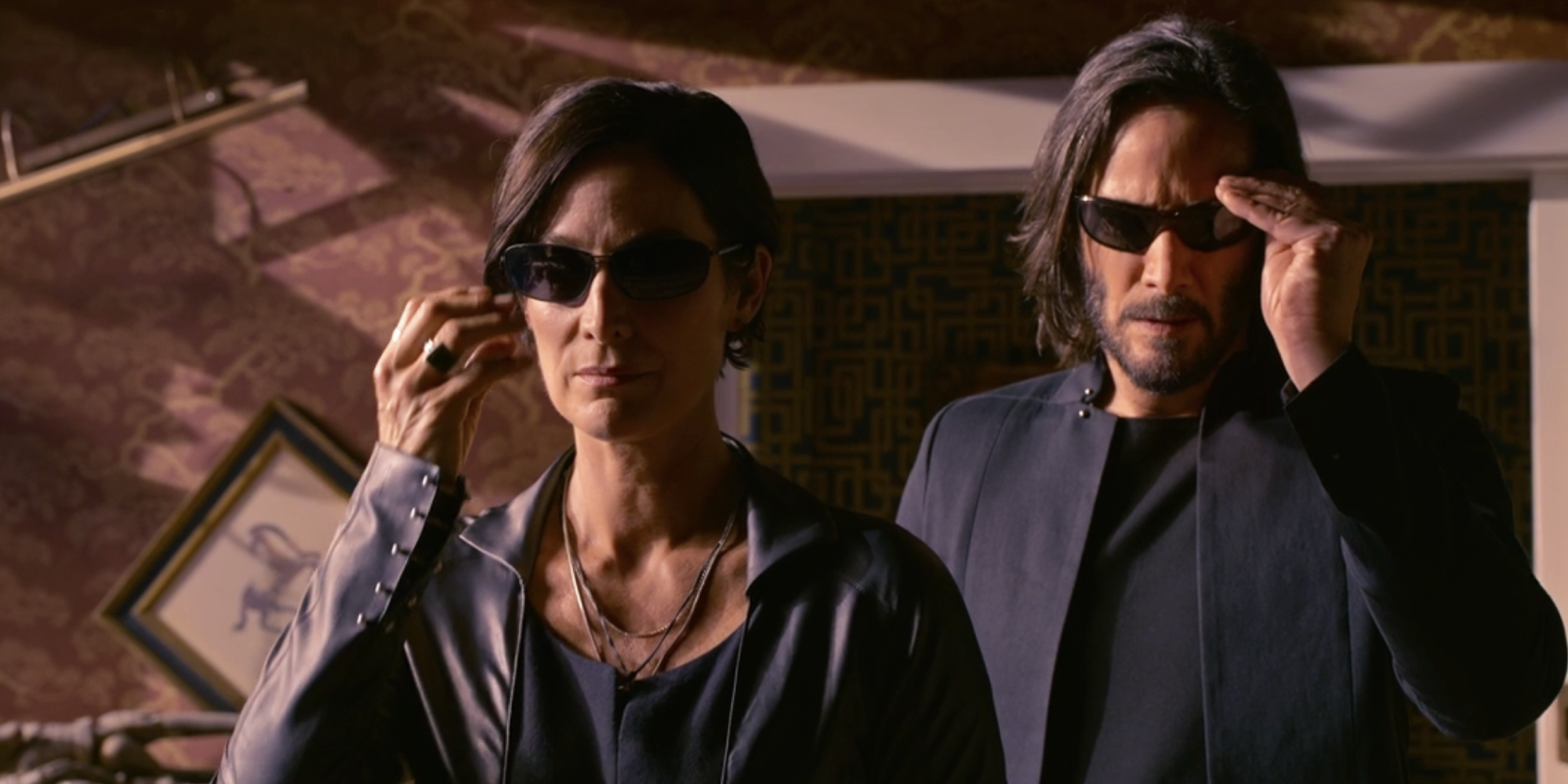 Matrix Resurrections’ The One Retcon Explained 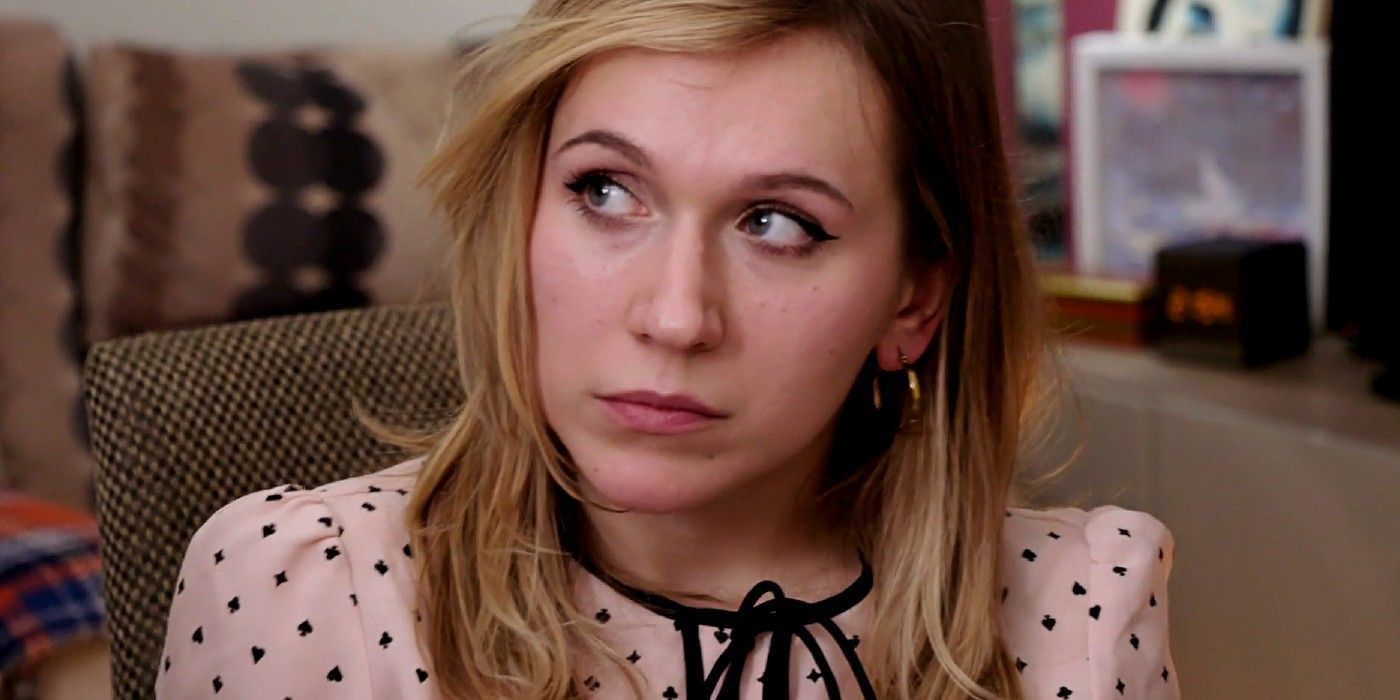 90 Day Fiancé: All The Ways TLC Failed When Handling The Alina Controversy 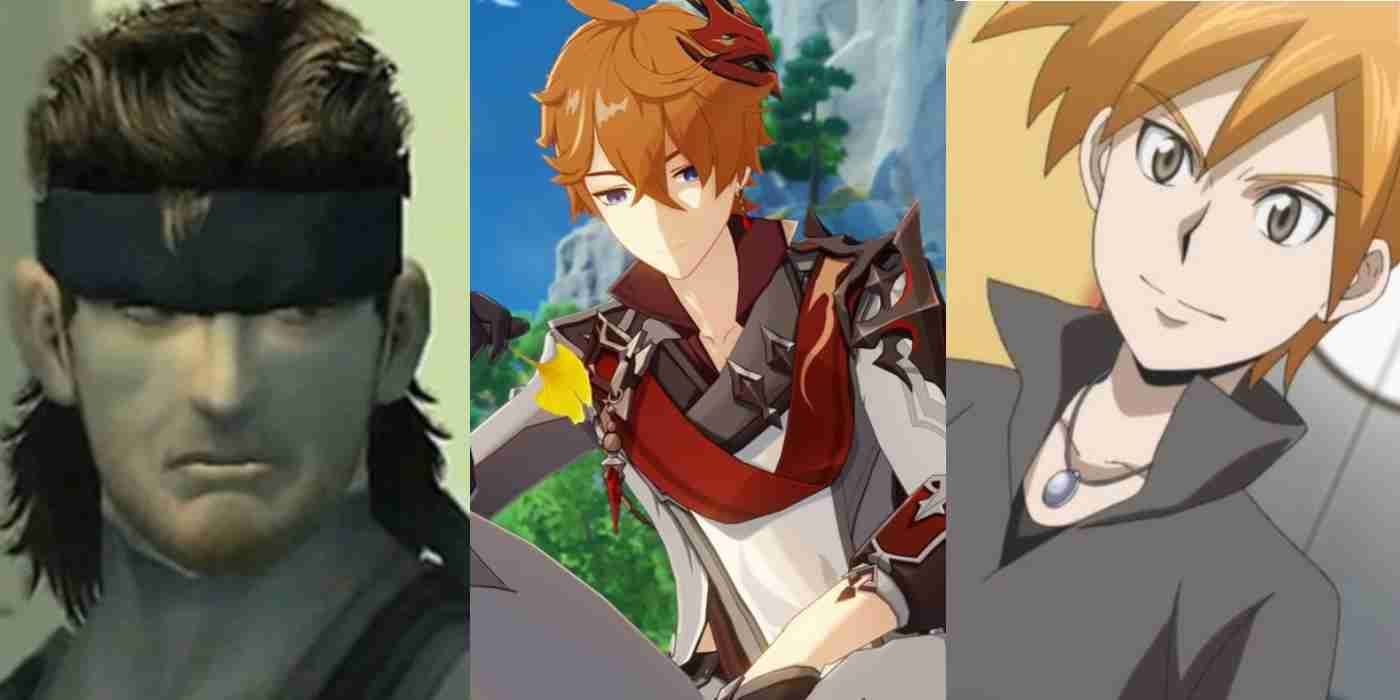