JOHANNESBURG — The final findings of a three-year inquiry into deep-rooted corruption in South Africa were released Wednesday, part of a roughly 5,000-page report that heavily implicated the country’s former president, Jacob Zuma, but also found fault with how current President Cyril Ramaphosa handled allegations of misconduct.

South Africa’s chief justice, Raymond Zondo, who led the judicial commission, handed over the last of the findings, bound in the colors of the South African flag, to Mr. Ramaphosa in a televised event on Wednesday evening. It was the fifth installment published since January of the inquiry into “state capture” — the endemic corruption of public officials and enterprises that has contributed to South Africa’s economic and political troubles.

“State capture was an assault on our democracy and violated the rights of every man, woman and child in this country,” Mr. Ramaphosa said on Wednesday. He said his office would develop a plan in four months to implement the report’s recommendations.

Mr. Zuma features prominently in the findings. In 2016, a report by a constitutional watchdog, the public protector, looked into his relationship with the Gupta brothers, Indian-born businessmen who wielded such power that they were able to handpick cabinet ministers. Mr. Zuma began the inquiry by the judicial commission in response to the initial report, but as he lost political power, the commission added to his downfall. His refusal to testify before it led to his arrest on contempt charges a year ago. Mr. Ramaphosa and other prominent political figures appeared before the panel.

The Gupta brothers, who were arrested this month in Dubai, accumulated massive wealth during Mr. Zuma’s presidency through lucrative state contracts across industries, from mining to media. This led to the hollowing out of state-owned companies, like the national electricity supplier and the national rail company, earlier installments of the report said.

The new report says the family used a key military air base to welcome guests flying in for a wedding, and used their media company and proximity to public officials to milk the South African Broadcasting Corporation for money and influence. Mr. Zuma’s son, according to the report, became a conduit between the Guptas and the government. Other high-ranking political officials also did the brothers’ bidding, the report found, often at the expense of the country’s poor.

The source of the Gupta families’ power lay in their close relationship with Mr. Zuma, according to the report. Mr. Zuma’s other allies, it said, used key institutions, like the state security agency, to fight factional political battles.

The report describes corruption as seeping into nearly every part of South Africa’s public service. Several politicians, some of whom are considered allies of Mr. Ramaphosa, are also named in the report.

“This is a turning point because now people’s eyes are open,” said William Gumede, chairman of the Democracy Works Foundation. The report has laid bare the systemic party within the ruling party, the African National Congress, he added, and South Africa will no longer place it on a “pedestal.”

Still, any change will be slow, after the national prosecution authority was also crippled by corruption. It is likely to be further delayed by infighting in the African National Congress as it deals with the fallout of the report, said Mr. Gumede.

Mr. Ramaphosa is currently enveloped in his own corruption scandal. He is facing questions over a 2020 burglary at his farm, which was never reported. A political foe and ally of Mr. Zuma accused Mr. Ramaphosa of covering up the theft of between $4 million and $8 million in U.S. currency to avoid scrutiny over having large sums of cash tucked away. That same ally, the former state security boss Arthur Fraser, was also implicated in the corruption report.

The so-called Farmgate scandal comes ahead of a party conference, in which Mr. Ramaphosa is campaigning for re-election. He was not unscathed by the recent report.

Mr. Ramaphosa campaigned on a ticket of renewal, for the ruling A.N.C. as well as for South Africa as a whole. The report accused Mr. Ramaphosa and the A.N.C. of being slow to respond to corruption and said their ambivalence allowed graft to flourish.

The report also recommended a change to South Africa’s electoral system that would dilute party power and allow voters to choose their leaders directly.

As the governing party since the end of apartheid, the A.N.C. could have used its majority in Parliament to investigate and censure corruption, the report said. Instead, it blocked parliamentary oversight.

As scandals unfolded, the party not only ignored calls from stalwart members to act against corruption, but it also disregarded some of its own internal checks and balances to handle corruption, doing little more than issuing media statements, the report found. When it did try to act — for example, when the party tried to hold Mr. Zuma accountable over his relationship with the Gupta brothers — the A.N.C.’s own emphasis on unity curtailed its ability to do so.

The report questioned what Mr. Ramaphosa, as Mr. Zuma’s deputy in the party and in government, knew and whether he did enough to stop corruption. The report also questioned his testimony that he only learned about the extent of the corruption along with the rest of the general public, pointing to public allegations against Mr. Zuma and the Gupta brothers that stretched as far back as 2010.

Examining Mr. Ramaphosa’s evidence, the commission said, “the question of what he knew is still somewhat opaque.” 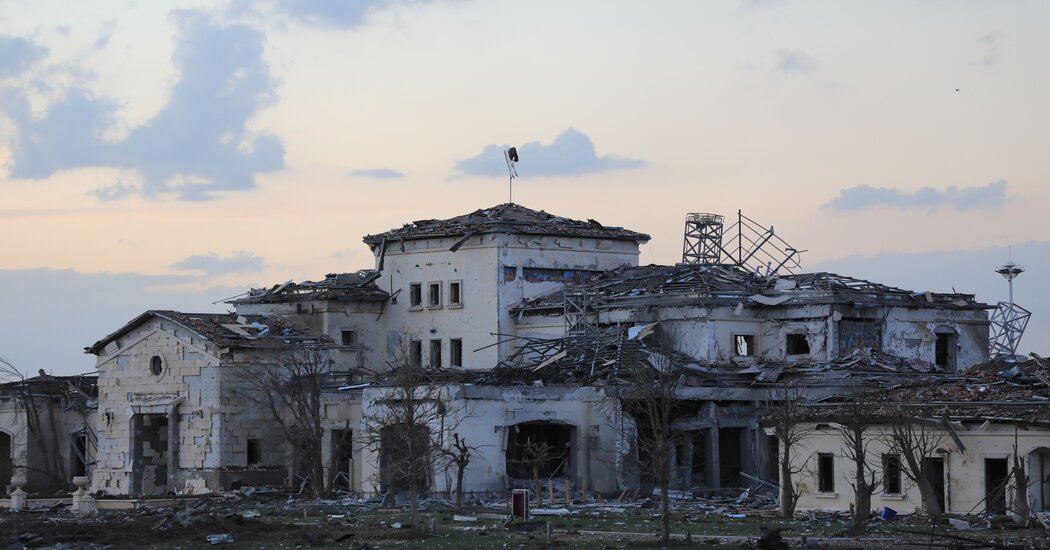 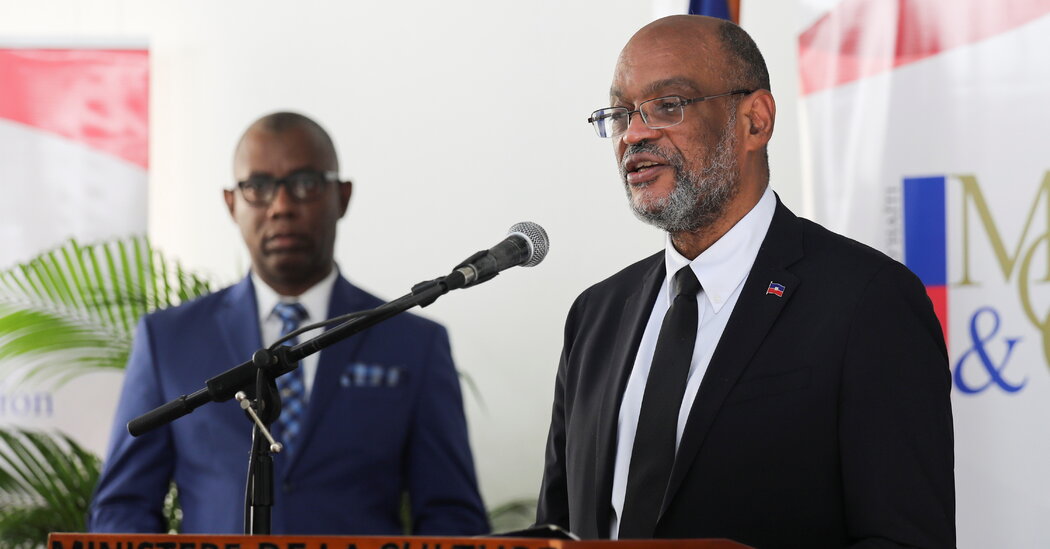 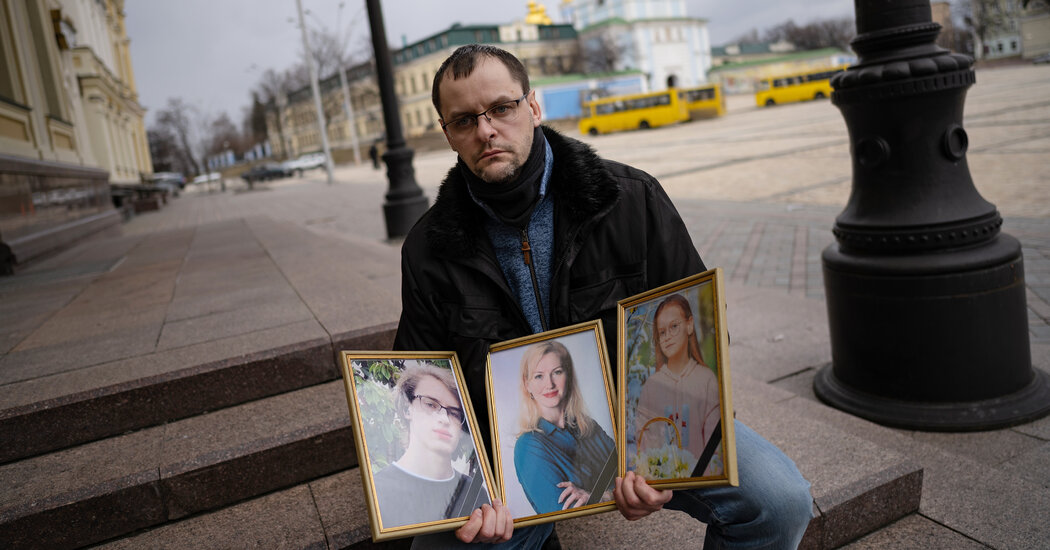 A family’s dash toward safety in Ukraine ends tragically. 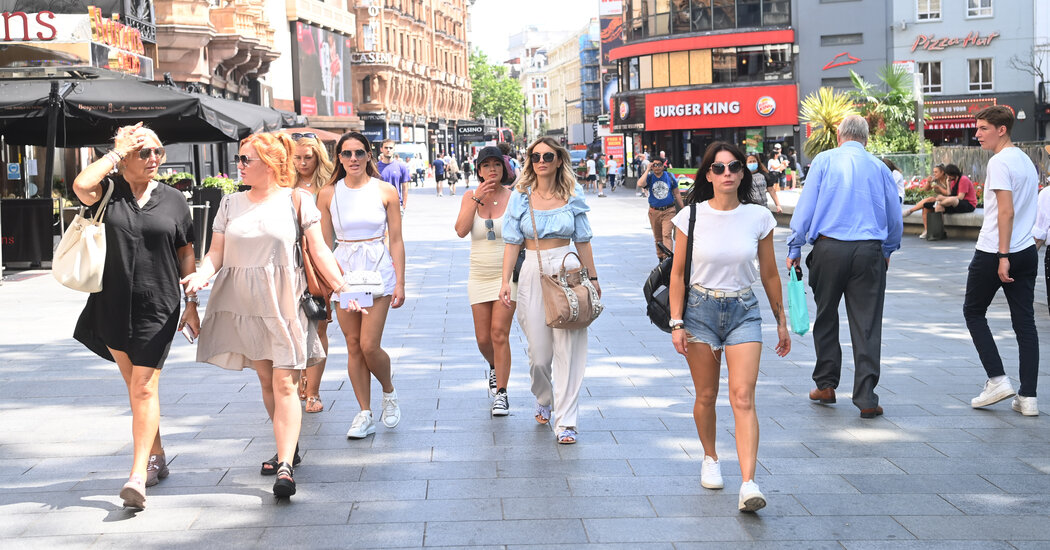 On England’s ‘Freedom Day,’ Rising Virus Cases and a Prime Minister in Isolation