Joe Cullen moved up to fourth place in the Premier League standings after beating Jonny Clayton in the final to win Night 15; It means that the playoff finalists will be decided next week in Newcastle, with Jonny Clayton, Michael Van Gerwen and James Wade confirmed for the finale in Berlin

Joe Cullen secured a crucial Premier League Darts victory at London’s O2 by beating Gary Anderson, Peter Wright and Jonny Clayton, moving him up to fourth place ahead of Night 16 in Newcastle, where either him or Peter Wright will take the final playoff spot.

Cullen was clearly on the hunt for some much-needed points in London, beating both Scotsmen, Anderson and Wright, 6-1 in dominant quarter-final and semi-final performances.

The final saw a much more evenly matched pairing, both players holding their legs before Cullen found a break of throw with a 110 checkout to go 4-2 ahead.

The Ferret fought back against the Rockstar to bring it back to 5-4 with a lovely 144 finish, Cullen missing nine darts for the match and a break of throw.

However, he then regained some control and, in the 10th leg, found the double eight to win some crucial points to move him up to fourth spot, dropping Peter Wright down the standings. 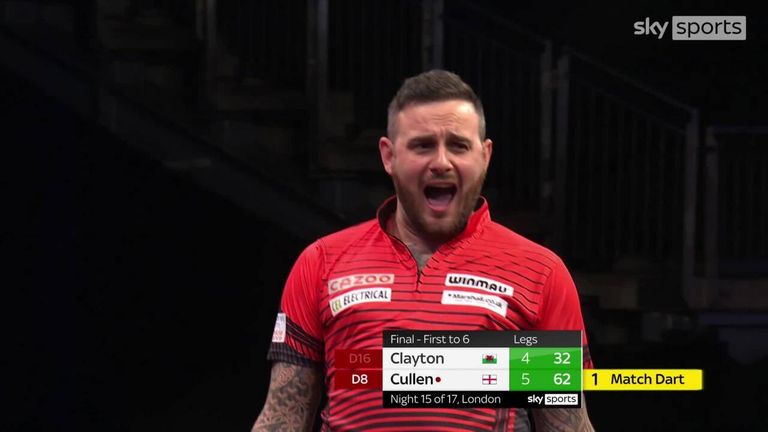 Despite an evening of dominant displays, Cullen lamented the pressure he had been putting on himself over the last few weeks, apologising for the reaction he had at finally getting a second victory.

“It is tough to play Jonny, he is a good friend of mine and I actually apologised to him for the reaction because I think it was a bit lucky with the shot at the end,” he said.

“It is not nice to celebrate like that against your friend and Jonny is a top lad but he knows how much I needed that tonight.

“I put so much pressure on myself the past few weeks and some of the performances have been horrific and I mean horrific.

“My B game is pretty good normally but it has been an A or a C, there has not been many B games in this Premier League and I have no issue in saying some of these performances, I was genuinely embarrassed.

“The performance in Dublin was embarrassing.

“I don’t think I was great tonight but I ground the results out and, at the end there, it should have been a simple finish and it wasn’t but that has been the story of the Premier League for me this year. 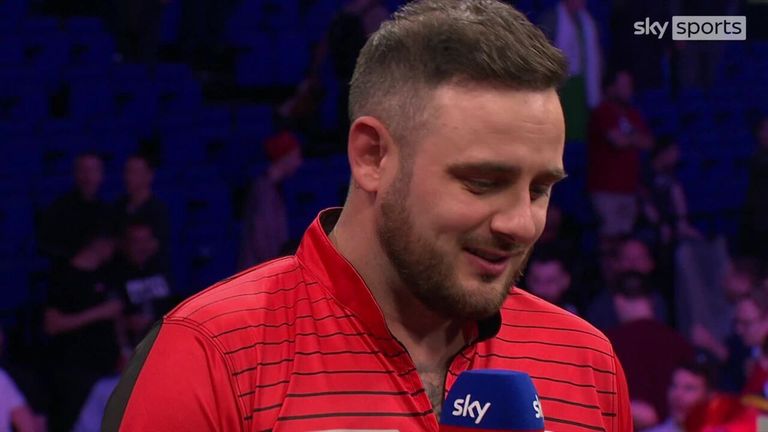 Cullen says although the pressure throughout the league was intense, including tonight, he’s happy he did well enough to win at the O2

Cullen says although the pressure throughout the league was intense, including tonight, he’s happy he did well enough to win at the O2

“You are trying to pick a game where you can guarantee two points and it is impossible.

“People will look at me and think I have got Joe [Cullen] tonight, that should be two points but we can all play really good darts on the night and I think that is testament to the PDC.

“The format this year is really cut-throat and the last four weeks I think I have lost in the opening round.

“I was under a lot of pressure tonight and I think, well I don’t think, I know that I responded because I won the night.”

It was a dominant evening for Cullen who found his groove early on against Gary Anderson, taking the first five legs of the tie. 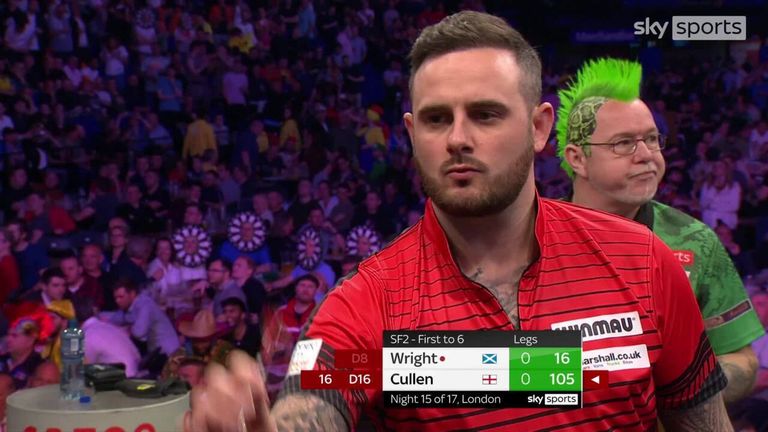 The Scotsman managed to pull one back but the Rockstar finished off the tie with a comfortable 6-1 victory in the final quarter-final of the night.

Cullen then emulated his earlier performance in his semi-final against other fourth place contender Wright, once again coming away with a 6-1 win.

He hit a 105 checkout to break Snakebite’s throw on the opening leg, then taking the next two to give him a 3-0 lead.

Despite Wright clawing back one leg, Cullen was too strong and once again eased through and into what was a crucial final against Clayton in his quest for a top-four spot.

Clayton came up against last week’s winner and fellow Welshman, Gerwyn Price, in the opening quarter-final of the night, cementing a dominant 6-3 victory after hitting two 180s back-to-back early on to break the Iceman’s throw. 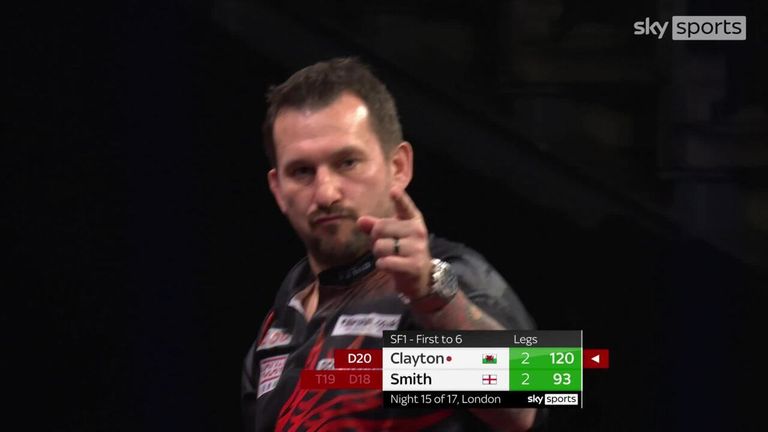 Clayton was ahead by two legs when he threw for the match, taking out the match dart on his sixth attempt at the double eight.

The Welshman then faced off against Michael Smith in what was a much more evenly-matched tie.

It was 3-3 before there was a break of throw, Smith hitting a 111 checkout to go ahead. However, the Ferret broke straight back and then cruised through to take a 6-4 win and go into his seventh Premier League final.

Next week, Premier League Darts heads to Newcastle in what will be a playoff deciding night, with Jonny Clayton against Gary Anderson, Michael van Gerwen against Michael Smith, Joe Cullen against Peter Wright and James Wade taking on Gerwyn Price.

With Jonny Clayton, Michael Van Gerwen and James Wade confirmed for the final night in Berlin, Joe Cullen and Peter Wright will battle it out for the final spot.

Check out daily Darts news on skysports.com/darts, our app for mobile devices and our Twitter account @skysportsdarts. We’re back for more Premier League action from the Utilita Arena in Newcastle on Thursday May 26 – live on Sky Sports Main Event & Sky Sports Action from 7pm. 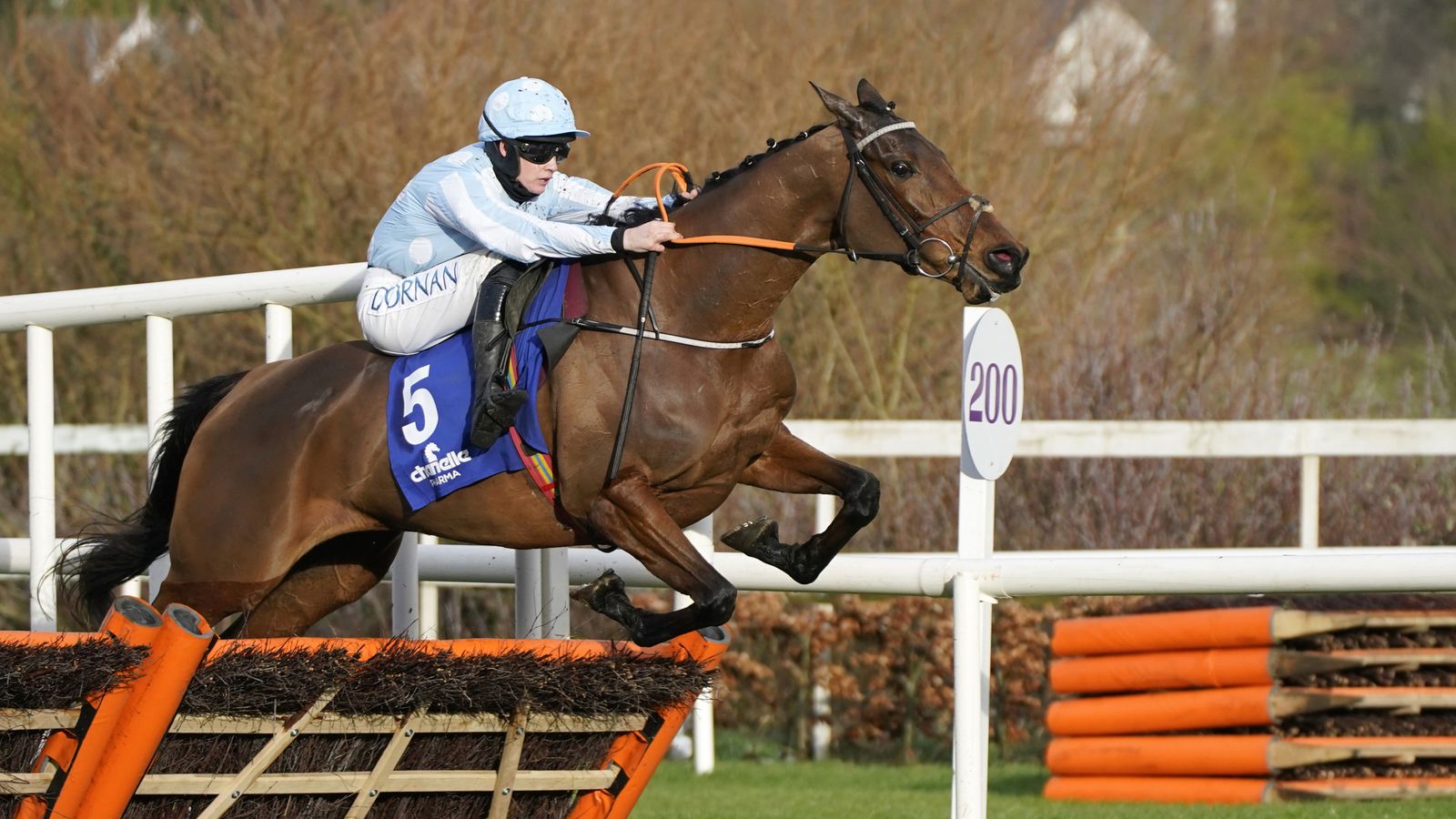 Off The Fence: Honeysuckle can bounce back from Hatton’s Grace defeat and will be better back at Cheltenham 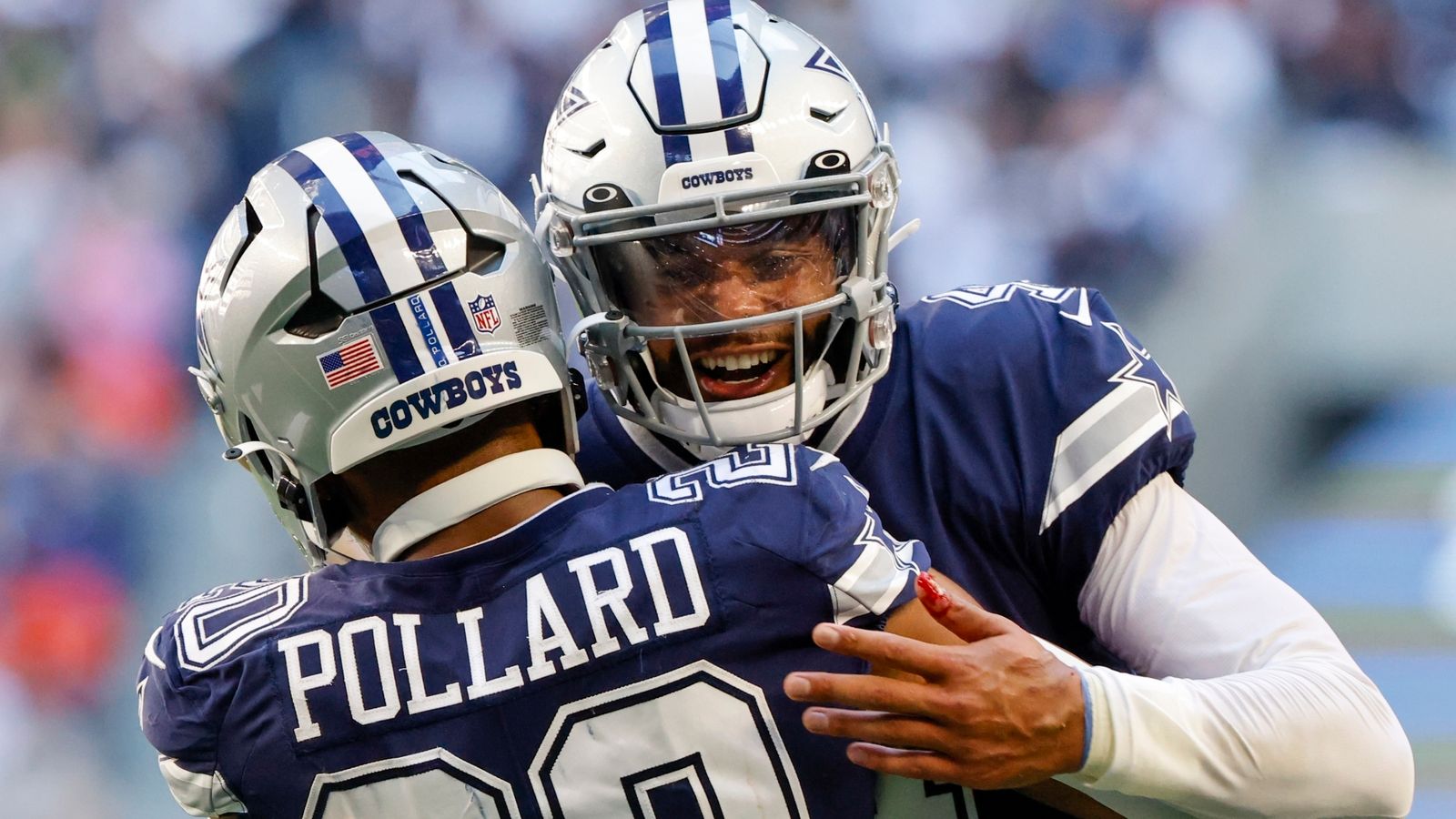 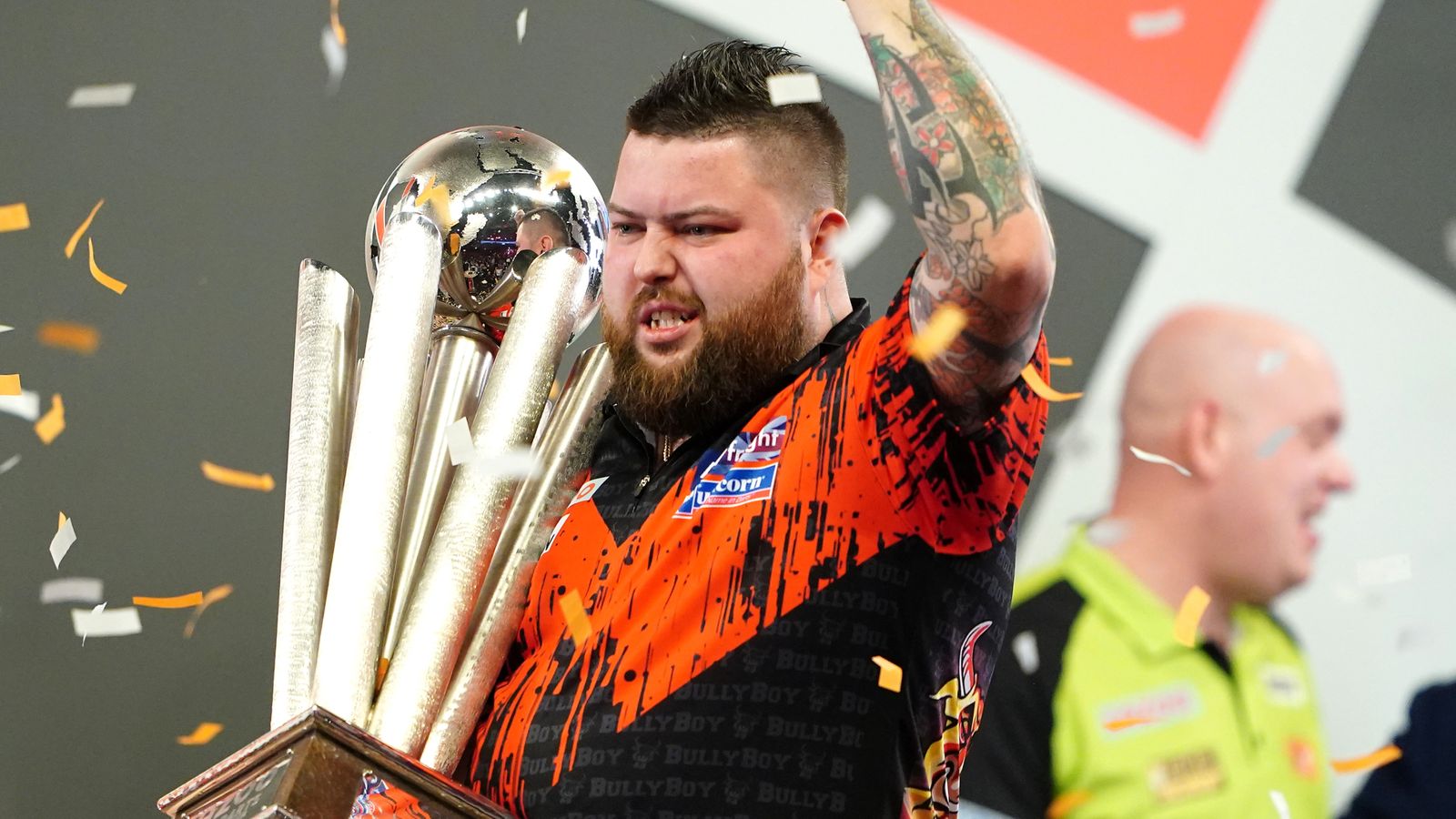 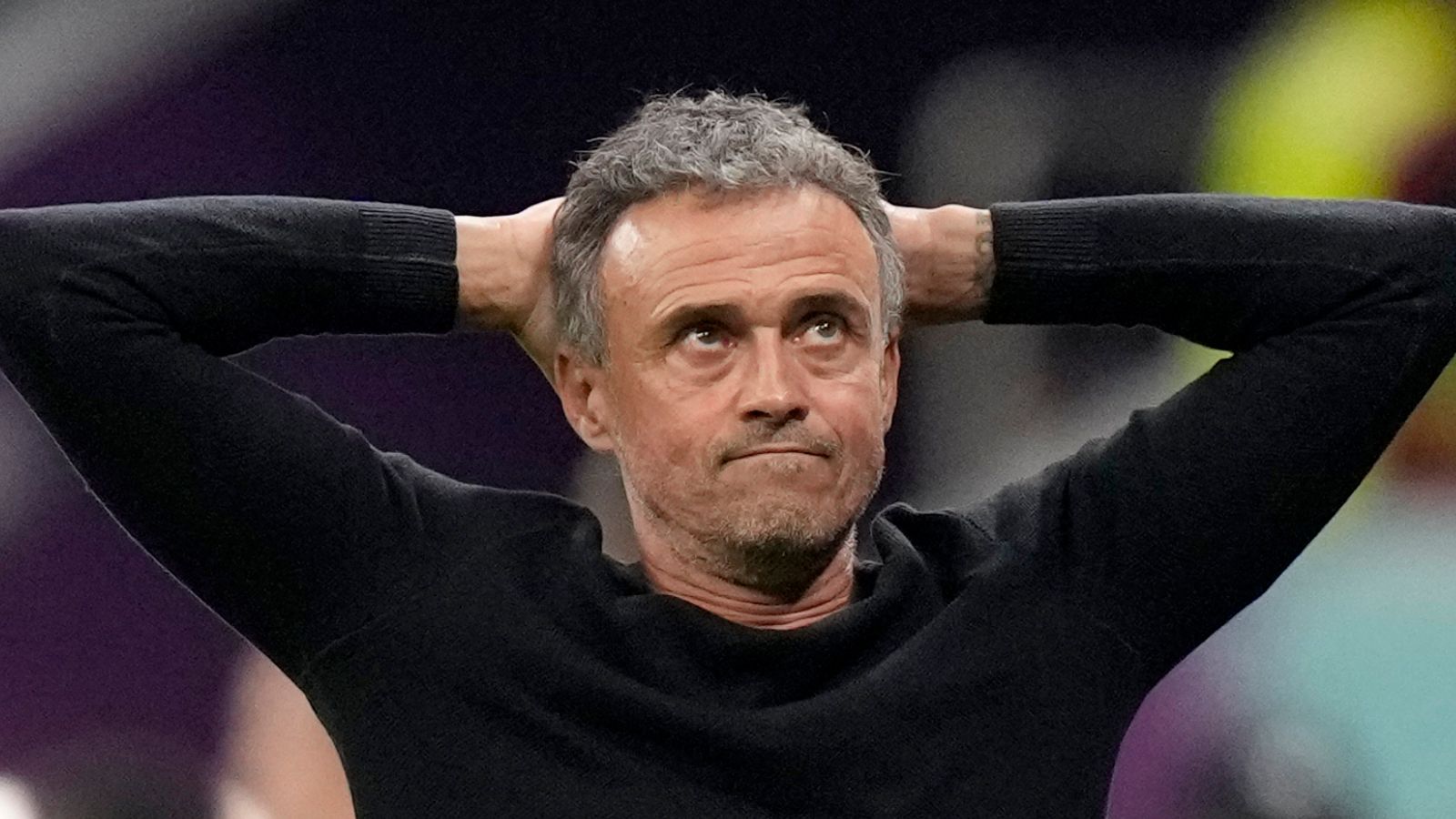 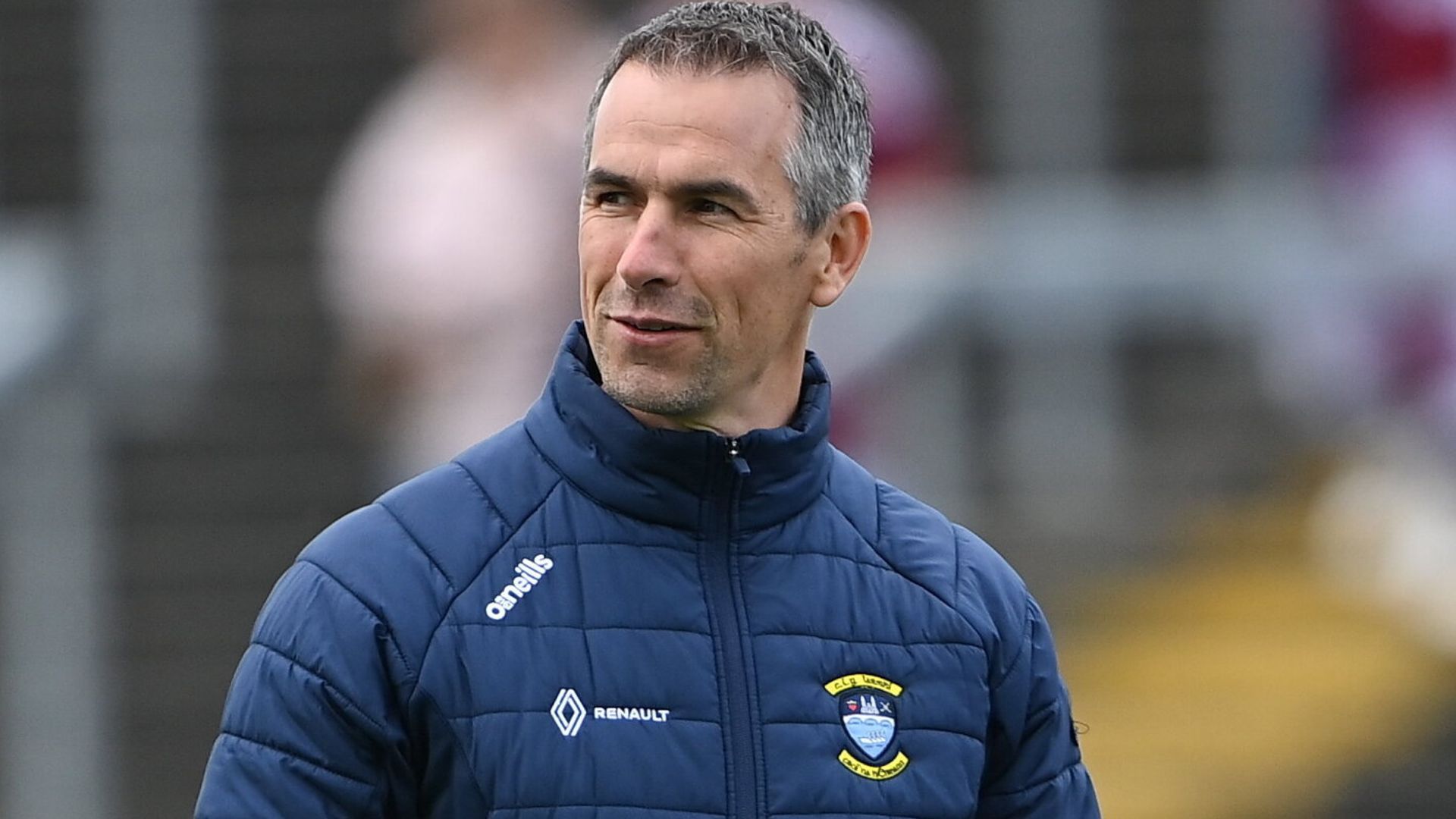 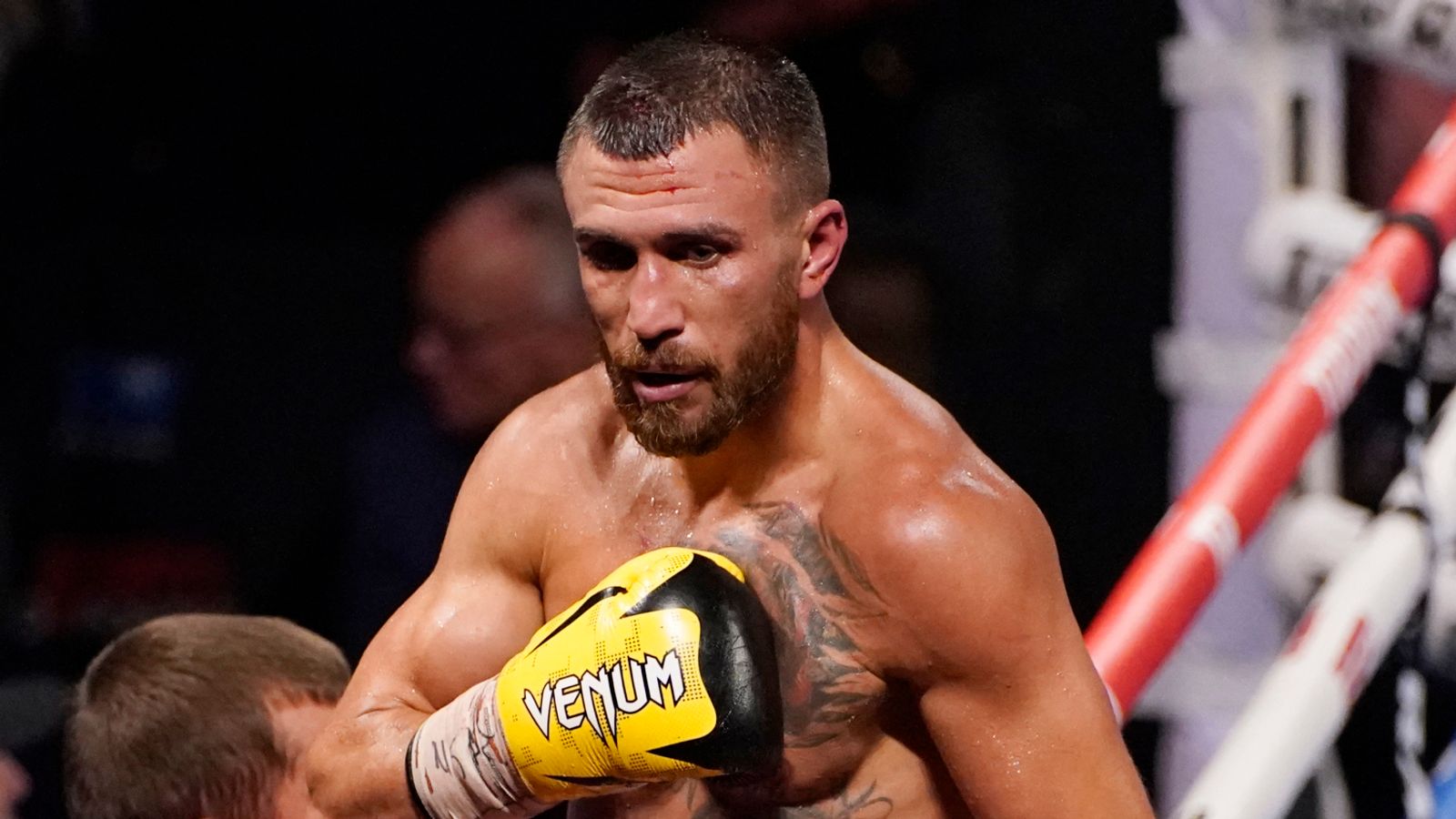