Tiger Woods joint-bottom of the leaderboard after a nine-over 79 and Jordan Spieth’s Grand Slam hopes over on five over; Rory McIlroy eight behind after a third-round 74 – watch the final round live on Sunday from 2pm on Sky Sports Golf

Matt Fitzpatrick produced a brilliant fightback to get within three strokes of lead heading into the final round of the PGA Championship, where Mito Pereira moved into a commanding lead.

Fitzpatrick recovered from bogeying his first two holes to card a brilliant three-under 67 in tough conditions at Southern Hills, moving him to six under, as Pereira recovered from four bogeys in a five-hole stretch to post a third-round 69 and open up a three-shot advantage.

Halfway leader Will Zalatoris joins Fitzpatrick in tied-second ahead of American Cameron Young, with all of the top four on the leaderboard chasing their first PGA Tour title as well as their maiden major success.

Zalatoris lost his overnight advantage when he failed to get up and down from a greenside bunker to save par at the first, with Pereira draining a 35-footer at the par-four next to move into the solo lead.

A missed birdie chance from inside six feet at the third by Zalatoris was followed by him failing to convert par-save attempts from a similar distance at the fourth and sixth, as Pereira extended his advantage with a 10-foot birdie at the fifth.

Pereira was briefly four clear until he three-putted from distance at the eighth to card the first of three consecutive bogeys around the turn, with another dropped shot at the 12th reducing his cushion to a single shot. 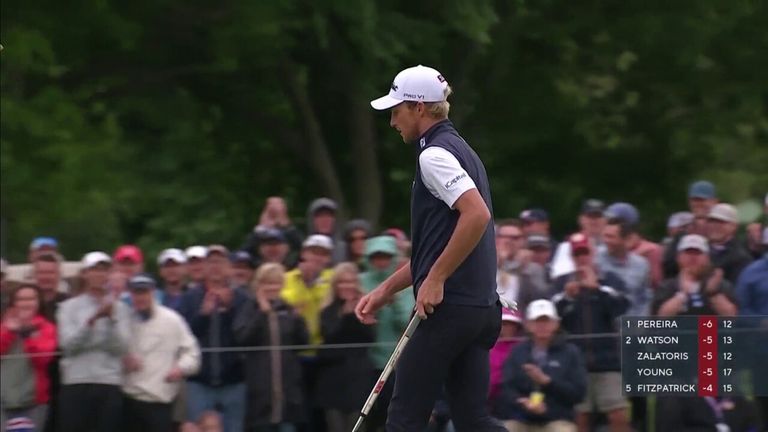 Zalatoris holed from 35-feet at the par-five 13th to match the Chilean’s birdie from half the distance, only for Pereira to convert a six-foot birdie at the par-three next and move three ahead when his playing partner bogeyed the 16th.

Fitzpatrick started six back and lost further ground after starting with back-to-back bogeys, only to hole out from the sand at the fifth and drain a 20-footer at the next to get back to three under.

The Englishman responded to bogeying the seventh by making a close-range birdie at the ninth and two-putting from distance to add another at the par-five 13th, before birdieing his final two holes to get within two of Pereira.

Zalatoris joined Fitzpatrick on six under with a birdie at the driveable 17th, only for Pereira to extend his 54-hole advantage by rolling in a 25-footer on his final hole. 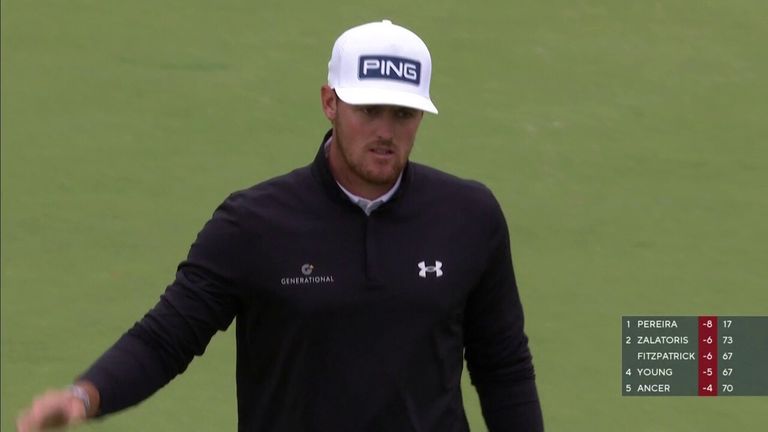 Mito Pereira made an excellent birdie on 18 to take a three-shot lead into the final round of the PGA Championship, with the Chilean looking to make his first win a major

Mito Pereira made an excellent birdie on 18 to take a three-shot lead into the final round of the PGA Championship, with the Chilean looking to make his first win a major

Young made a 25-foot eagle on his penultimate hole to jump to five under ahead of Abraham Ancer, while a three-under 67 from Ireland’s Seamus Power took him to within five of the lead as he chases a maiden major victory.

Bubba Watson threatened a charge for the lead until three bogeys in his final four holes dropped him back into the group on two under alongside Justin Thomas, who stuttered to a four-over 74, with Rory McIlroy nine back after an erratic third round. 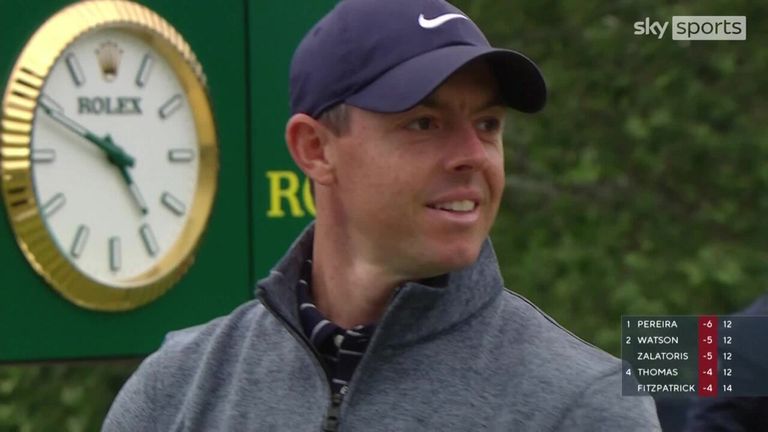 Rory McIlroy hit the flag with an incredible tee shot on the 14th hole from 222 yards!

Rory McIlroy hit the flag with an incredible tee shot on the 14th hole from 222 yards!

McIlroy followed a double-bogey at the par-three sixth with successive bogeys over his next two holes, before undoing a birdie at the ninth with a triple-bogey six at the par-three 12th. He rallied with three birdies in his next four holes, although a three-putt bogey at the last saw him drop into the group tied-17th that also contains England’s Tommy Fleetwood.

Jordan Spieth’s slim Grand Slam hopes were ended with a third-round 74, dropping him into the group on five over containing Viktor Hovland, while Jon Rahm and Collin Morikawa – the two highest-ranked players to make the cut – are in tied-65th after rounds of 76 and 74 respectively.

Woods sits joint-bottom of the leaderboard after carding his career-worst round at the PGA Championship, with the 15-time major champion having to play his last four holes in one under par simply to break 80.

The 46-year-old made five bogeys in succession in a major for the first time in his professional career and only registered one birdie in a difficult day, with Woods refusing to confirm post-round whether he would return to play in Sunday’s final round. 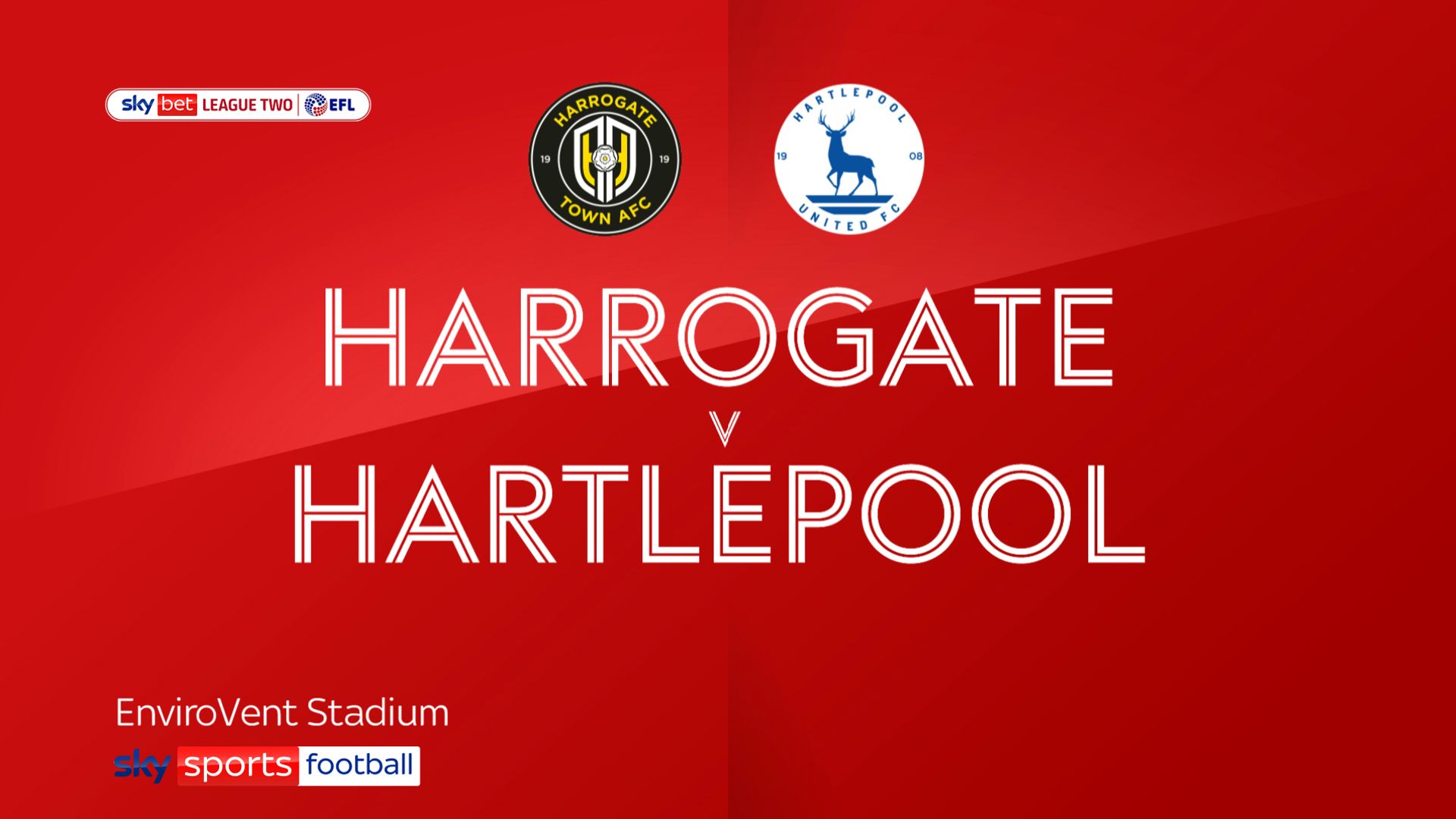 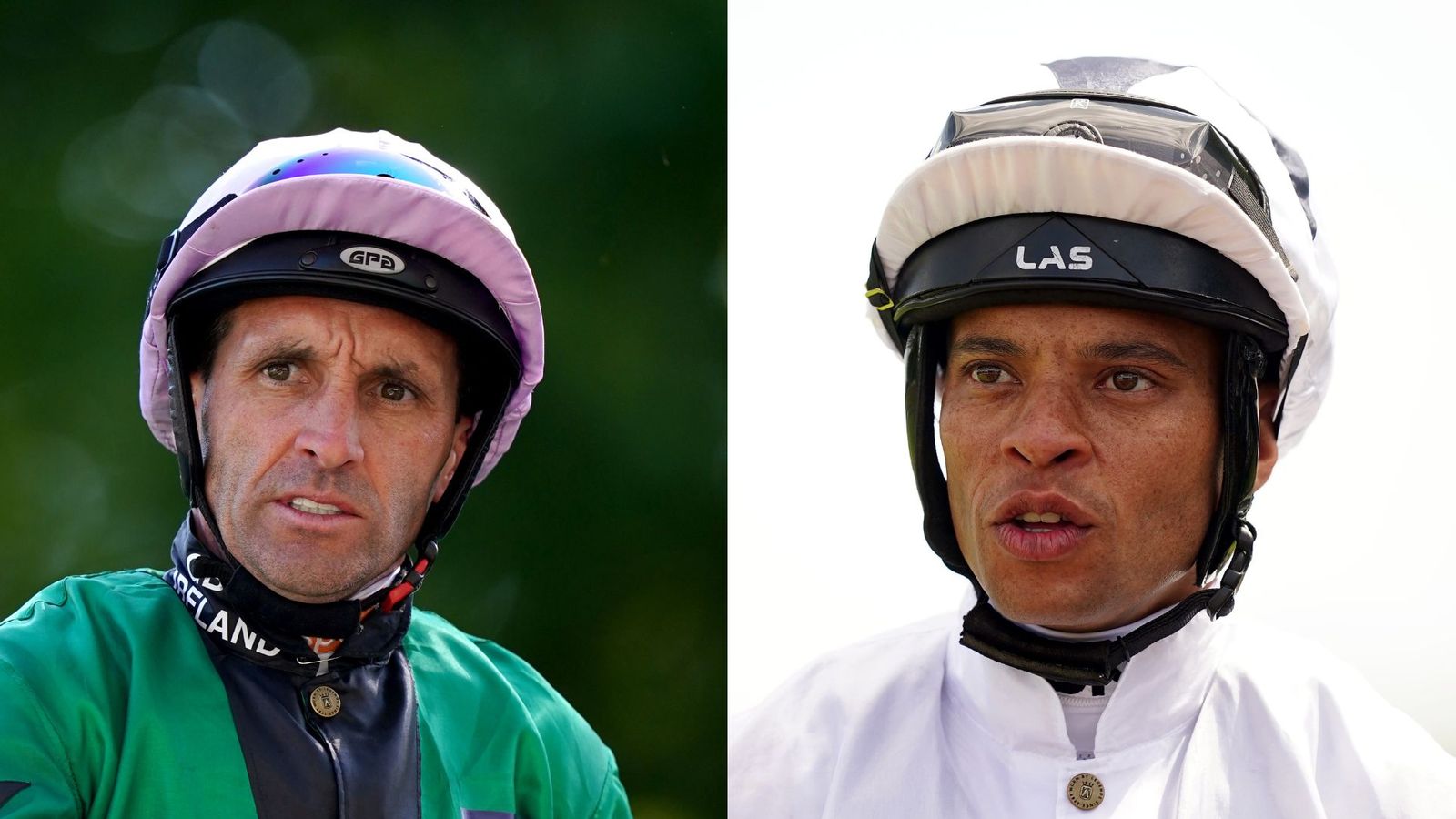 Racing League: London & The South and Sean Levey aim to cling onto narrow leads at Windsor 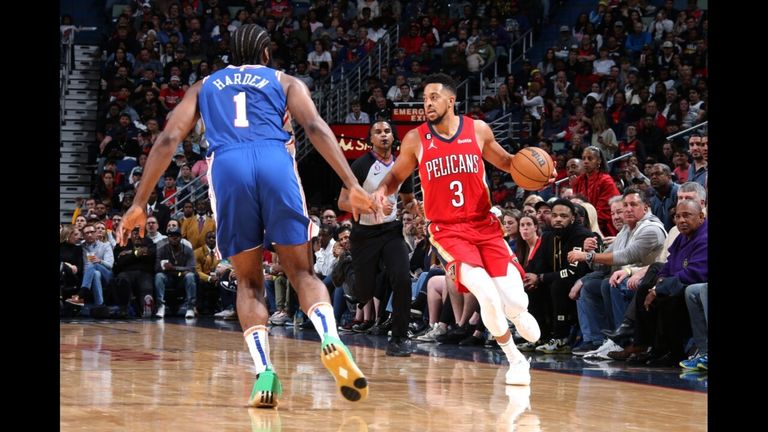 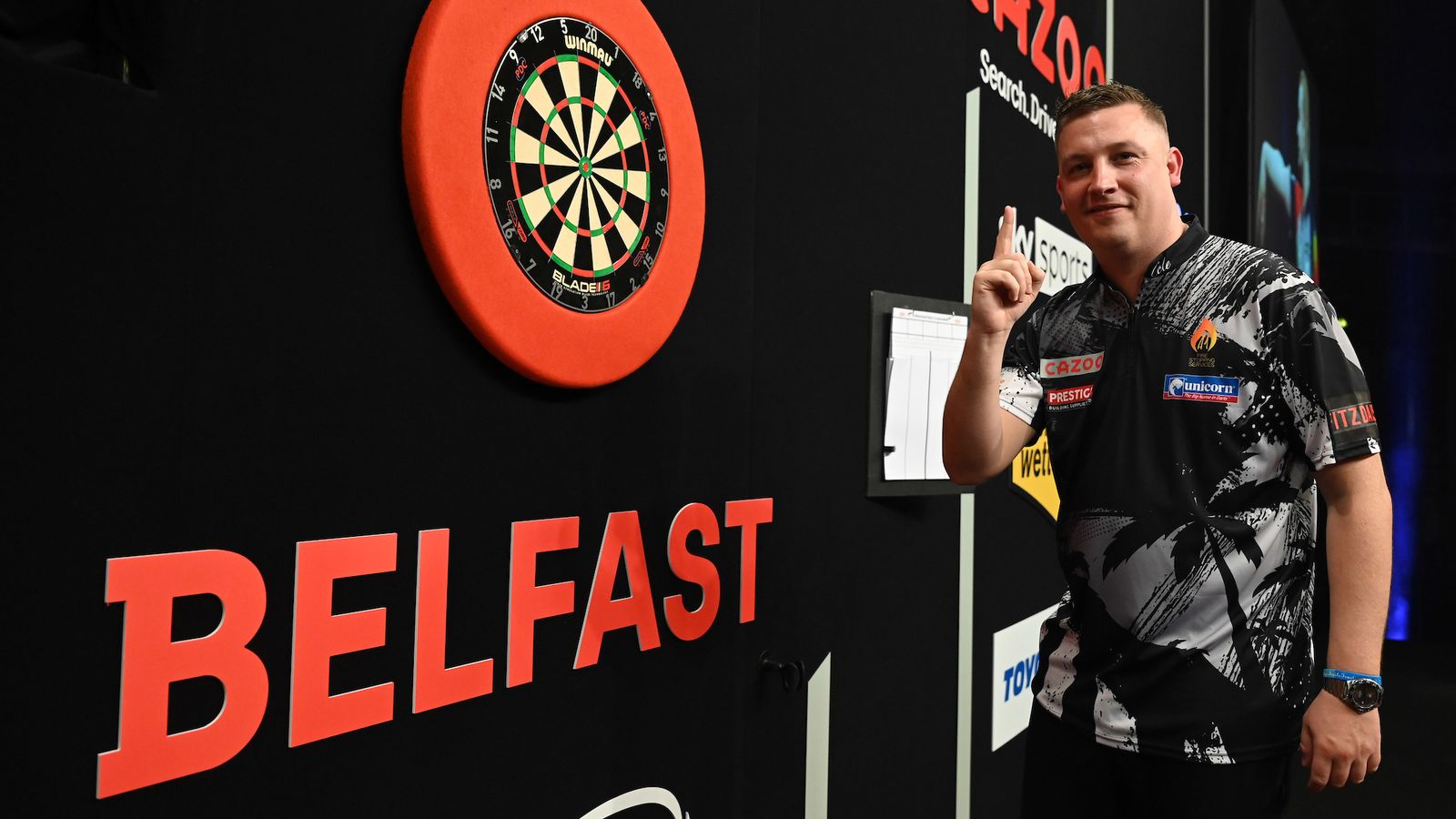 Premier League Darts: Chris Dobey is on cloud nine following victory in Belfast but he also has Wembley on his mind 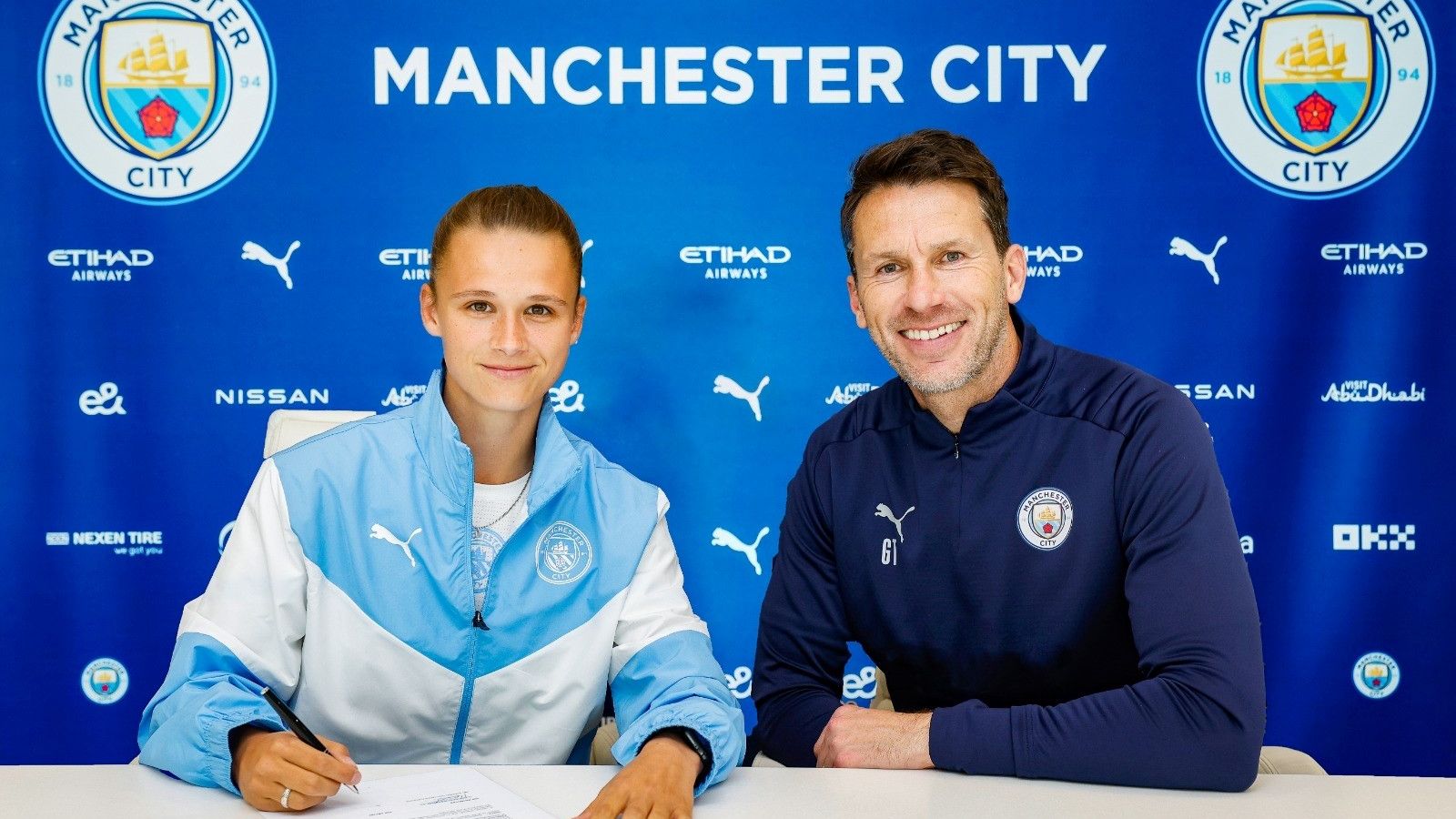 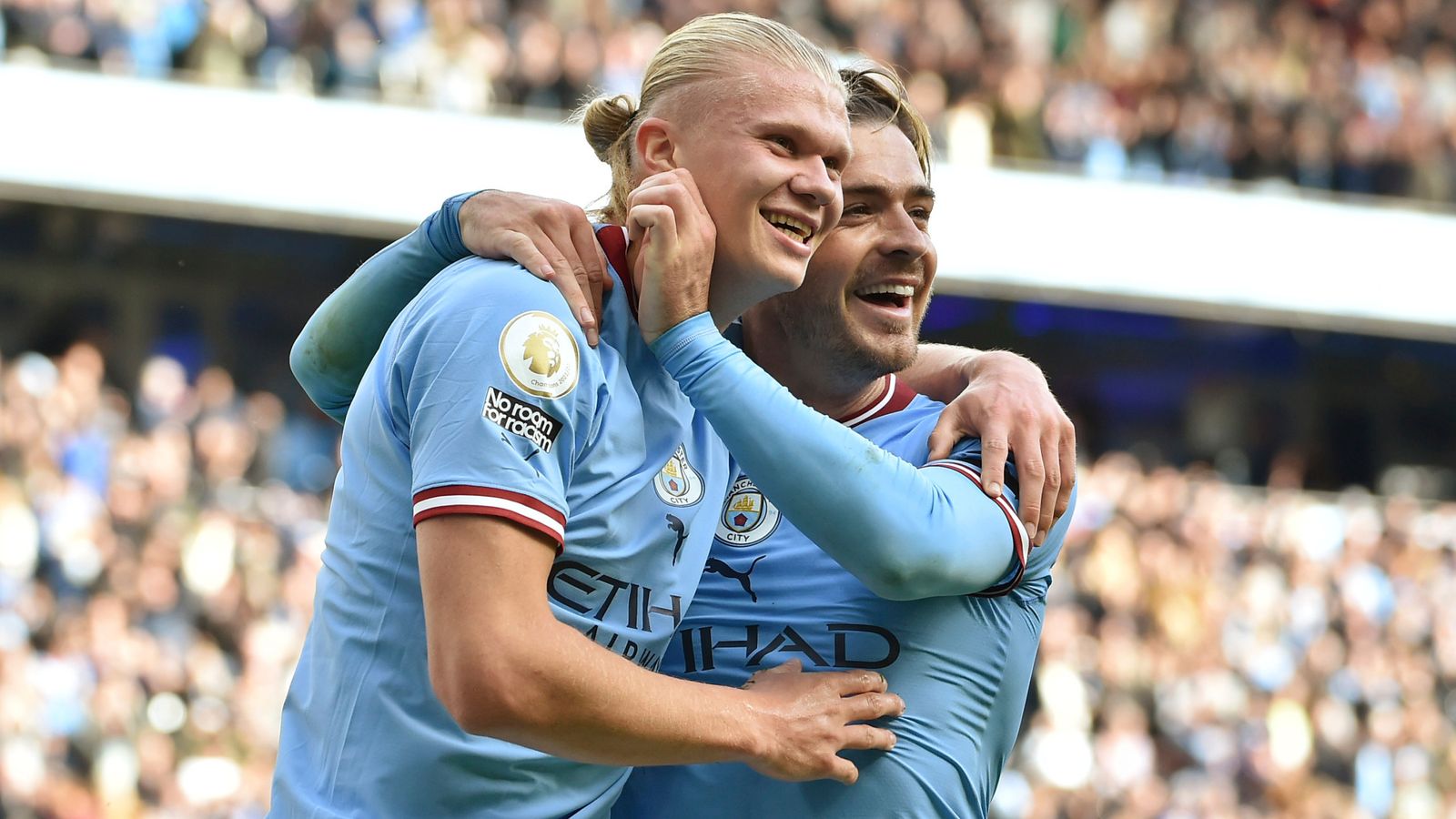 Erling Haaland: Man City striker is moving the boundaries around what is possible in the Premier League