Crystal Palace manager Patrick Vieira was involved in an altercation with an Everton fan following a pitch invasion at Goodison Park.

Everton had come from behind to beat Palace 3-2 and secure their Premier League survival, leading to a mass pitch invasion of fans.

Vieira was walking across the pitch towards his team’s dressing room at the other side of the ground when an Everton fan approached him, prompting a reaction from the Palace boss.

When Vieira was asked about it in his post-match press conference, he said: “I’ve got nothing to say about that.”

Meanwhile, Everton manager Frank Lampard added: “I feel for Patrick and I didn’t get him [to shake hands] at the end because of the reaction. He ran across the pitch 80 yards in front of our fans but there’s no issue. Just pure elation from our fans at staying in the league.”

Dublin: Give fans lifetime bans for going on pitch

Reacting to the incident live on Sky Sports Premier League, former striker Dion Dublin argued it should become law that fans get lifetime bans for entering the field of play in any circumstances, including mass pitch invasions.

“We don’t want to see it at all,” he said. “We know how overjoyed the Everton fans are but you can’t be pushing managers and pushing players and shouting at them in their faces. 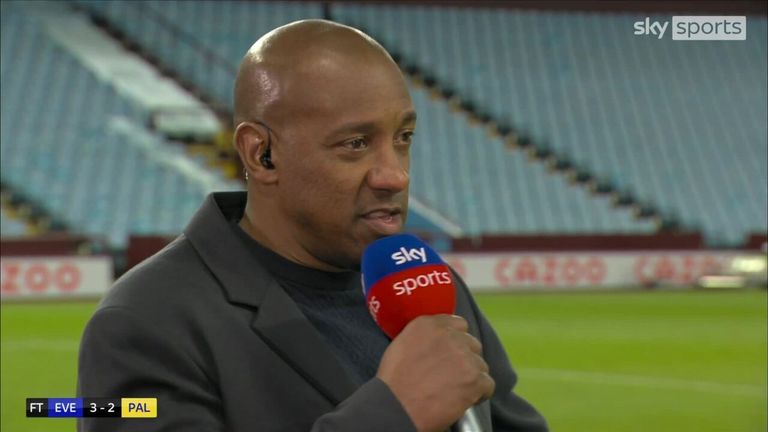 Dion Dublin says there must be firm action taken against pitch invaders after Crystal Palace manager Patrick Vieira was confronted by Everton fans as he was walking off the pitch at full time.

“We know it’s only the minority, we know it’s one or two that spoil it for everyone else. Having fans on the pitch is not the way forward. We have to stop letting fans or allowing fans onto the pitch. It’s too dangerous.

“What if you make an announcement before the game that anybody who comes onto the pitch has a life ban? They’re not going to go on the pitch because they love their football club. That is the choice, either you make everyone come on the pitch or you make them hallowed turfs?

“Fans need to enjoy the experience, don’t spoil it, enjoy it. You can’t have managers and players fearing for their lives with fans going on it. You can only avoid it by having fans have lifetime bans. For any player, any member of staff, it’s a scary place to be.

“Possibly [Vieira will end up in hot water] but what do you do as a human being if someone’s in your face and you’ve just lost a game you should have won. If someone’s in my face, I’d probably do the same thing.

“We don’t want something to happen that’s going to make us go: ‘ah, we should have done something earlier’. Let’s do it now.” 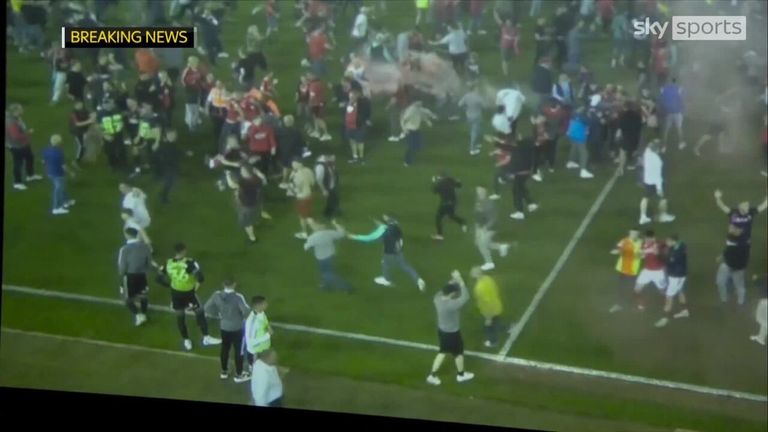 The incident at Goodison Park comes on the same day a Nottingham Forest supporter was handed a 24-week jail sentence for charging at Sheffield United’s Billy Sharp following a pitch invasion by the Championship club after they reached the play-off final.

Sheffield United overturned a two-goal deficit on Tuesday to level the tie at 3-3 on aggregate and force extra-time and penalties, but their spirited fightback was extinguished in the shootout when goalkeeper Brice Samba saved three spot-kicks to send Forest to Wembley.

Biggs appeared in court in custody and did not oppose an application for a football banning order during the hearing. He was told that a separate charge of illegally entering the playing surface had been dropped.

Biggs was also ordered to pay Sharp £500 in compensation, as well as £85 in costs and a £128 victim surcharge. 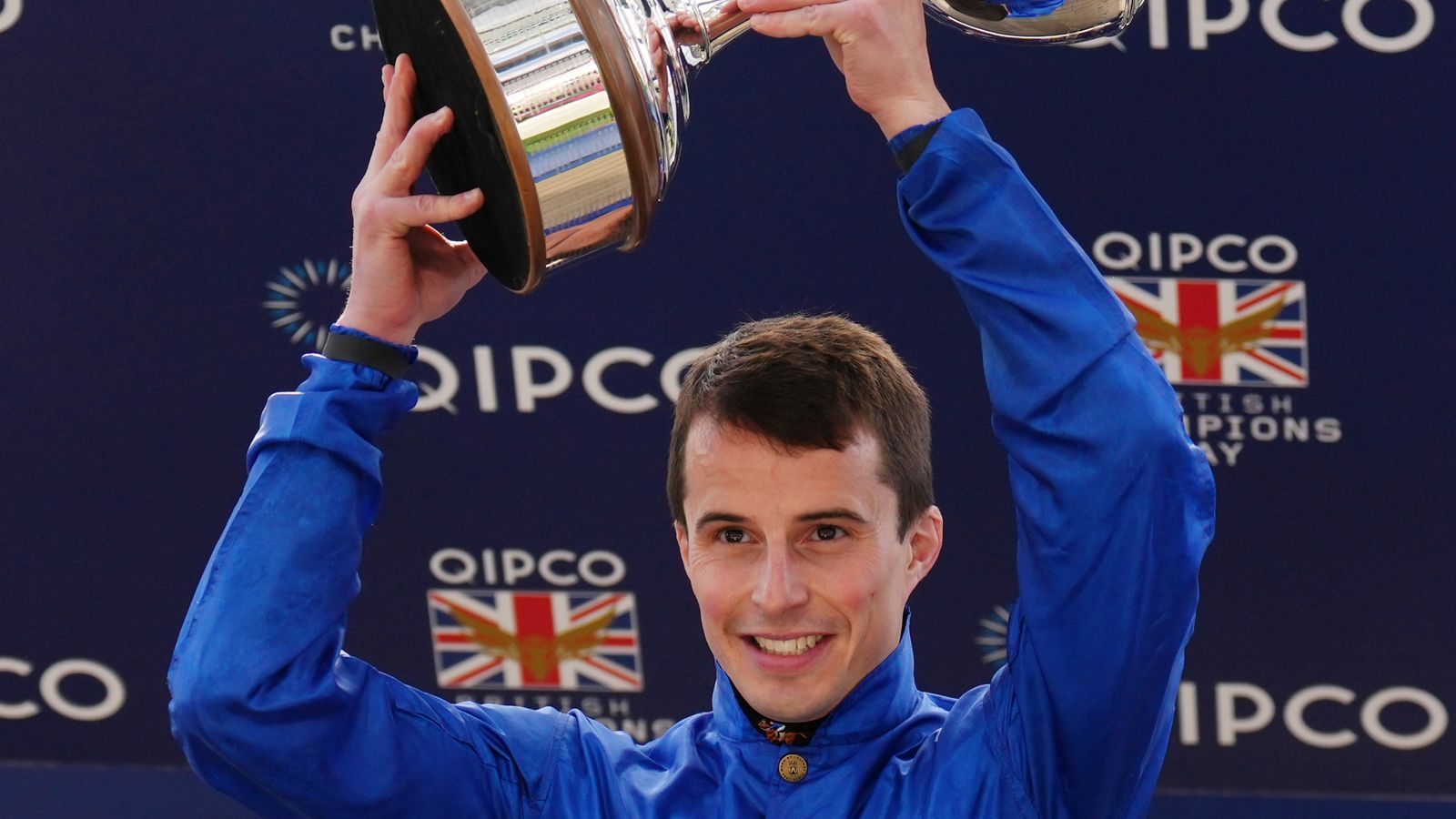 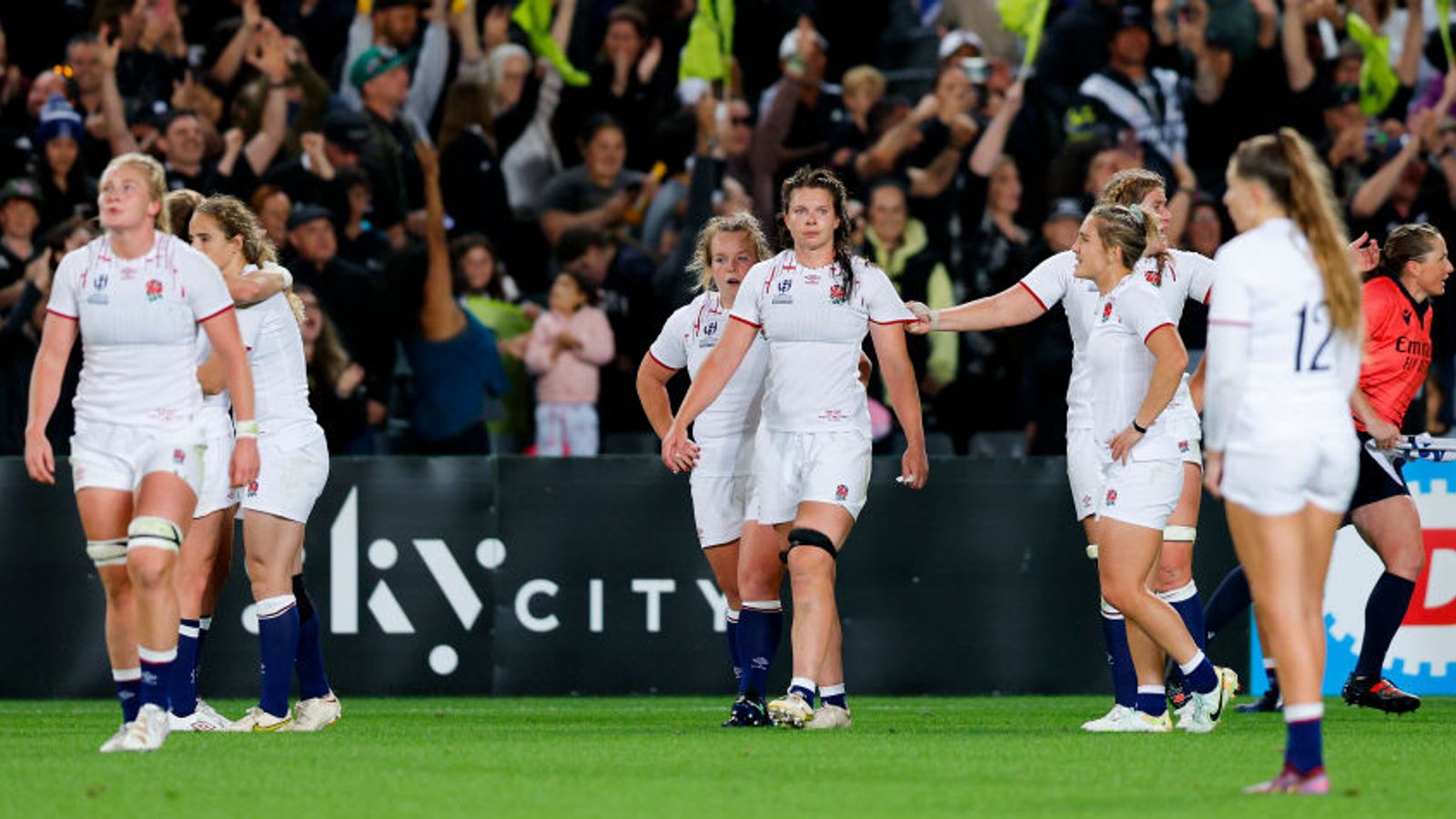 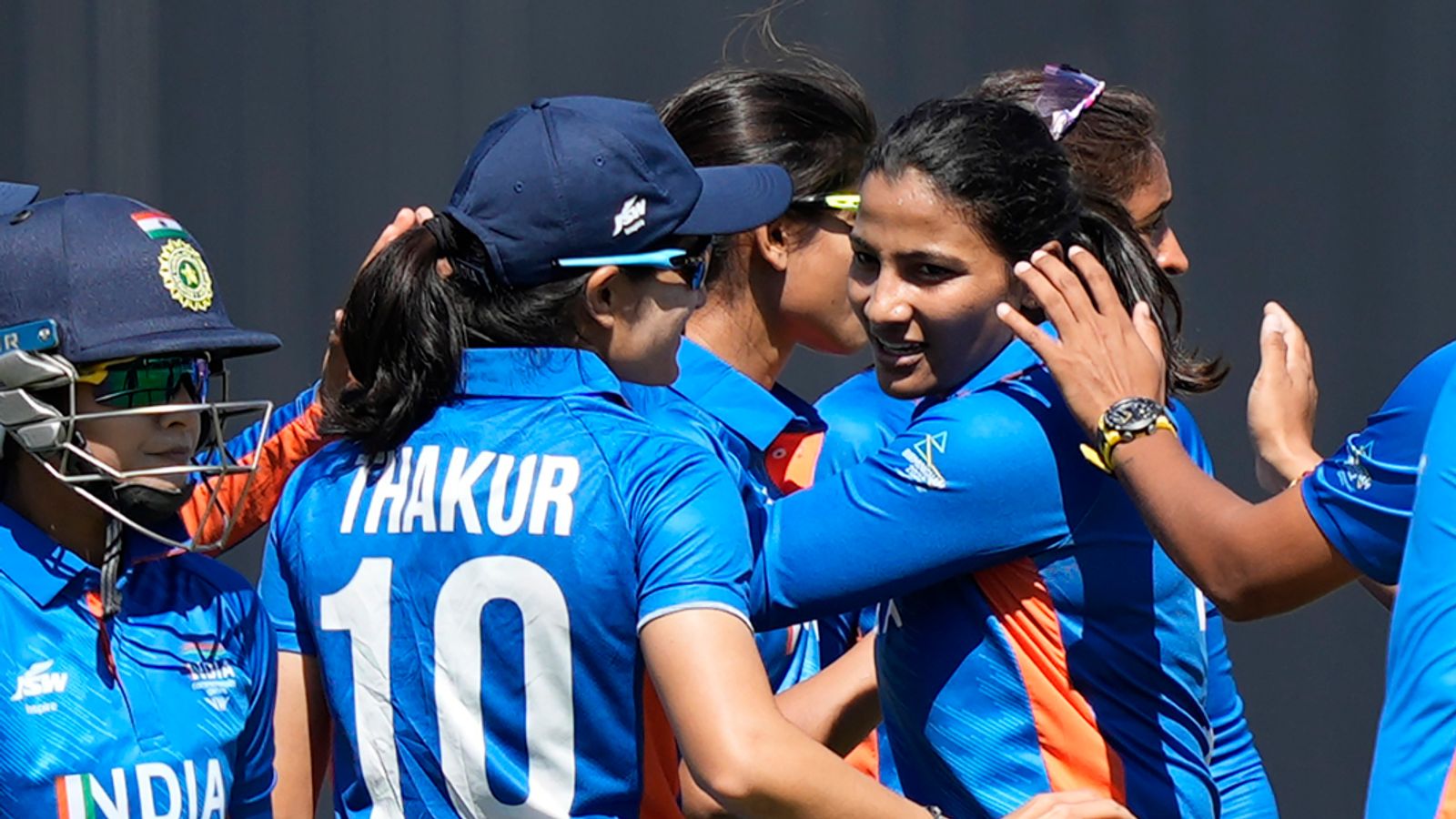