Recently, Neverwinter celebrated its 20th module milestone with the addition of the three-part adventure Sharandar. The module took players back to the location of Neverwinter’s first module with new challenges, including encounters with three Hags. Shortly after the conclusion of Sharandar, the Bard class was introduced in Module 21: Jewel of the North. The introduction of the Bard class allowed players new ways to explore Faerûn, including the choice between Songblade and Minstrel Paragon Paths for different strengths in combat.

Randy Mosiondz has been a part of video game development for over fifteen years and has worked on projects like City of Heroes and Champions Online as well as Neverwinter. Elliot Minner got his start at Cryptic Studios in 2017, working hard to build new content for the D&D-inspired MMORPG. Both designers have provided Screen Rant with a look into the process of building modules for Neverwinter and touched on some of their favorite past content expansions, as well as the process for choosing certain areas over others.

Thank you so much for taking the time to speak with us about your creative processes when building content for Neverwinter. We are here today with Lead Designer Randy Mosiondz and Content Designer Elliot Minner to talk about the Neverwinter team’s favorite campaigns. Randy and Elliot, what were your favorite past storylines and why?

Randy Mosiondz, Lead Designer for Neverwinter: I’m a big fan of the Ravenloft storyline we managed to do in our Barovia zone.  We hadn’t tried telling a gothic horror story in Neverwinter before, but the combination of environments, quests, storytelling, and cut-scenes really got the tone of the setting right.  From the Barovia village where the timid villagers and traveling Vistani, to the witch and werewolf-haunted forests, to Strahd’s Castle Ravenloft, it quickly became a fan favorite.

Elliot Minner, Content Designer for Neverwinter: I’m fond of the smaller stories we told in each floor of Undermountain! Things like working with Fazrian, the evil planetar ruling over the Terminus Level, to defeat a common enemy, or befriending Tearulai, a talking sword stuck in a dragon’s head! And then also our larger arc story we told about the Vallenhas family, with our characters Alric and Etrien defending their home, and then traveling to the depths of Avernus to redeem a fallen angel.

How do you decide what content could make a good module for Neverwinter? Have you ever had a module that turned out to be much more complicated than anticipated?

Randy: For all modules, we always try to find something that fits our game’s focus of “multiplayer action” whether it’s Adventure Zones you can run around in together or our Dungeons and Trials where you can fight the toughest bosses in the game.  Where modules turn out to be too complicated is when we try to incorporate too many one-off assets and stretch our capacity for content creation too thin.

For the Underdark campaign, did you work closely with RA Salvatore, and did that change the creative process? What were your favorite concepts incorporated from the novels?

Randy: We worked very closely with him. He came into the studio to meet with us, and we built a story framework based around the kind of stories we typically tell within Neverwinter, leveraging the main conventions we use to communicate narrative.  My favorite bit was with Pwent at the Throne of the Dwarf Gods — it had some great storytelling and fun action sequences!

Related: D&D: Just Who Is Mordenkainen (& Why Does He Keep Getting Books?)

Regarding the 21st Module, Jewel of the North, were there any challenges that changed how you thought about the 22nd Module?

Elliot: M21 (Jewel of the North) was challenging because we had to step back and really look at the game as a whole, and try to set ourselves up for a strong future for our players. We wanted to make the game more intuitive and really help players reach the best content we have to offer while preparing them for the trials ahead.

With M22 (Dragonbone Vale) we wanted to create the next big end-game zone to serve our most dedicated players and add exciting new opportunities for gameplay and rewards. So, each module really had its own set of goals, but with any module, there’s always something more to learn and improve on.

What are you most excited about for Dragonbone Vale? What makes this campaign unique from your past projects?

Elliot: I’m really proud of what we were able to accomplish in terms of the scale of the new adventure zone in Dragonbone Vale. It feels vast, and there is quite a lot to discover. Our premier new mechanic for the zone is the grappling hook! The grappling hook allowed us to reimagine how we design our levels, adding a whole new dimension of vertical exploration. We wanted to make sure you were rewarded for that exploration as well so there are lots of special enemies to find and great rewards to collect from them.

Are there any aspects of Dragonbone Vale that were designed specifically with the new Bard class in mind?

Randy: Not specifically, as all the classes are intended to work well in all of Neverwinter’s content.  The bard Etrien shows up as part of the Shield of the North though – that’s the gathering of factions who are fighting against the Cult of the Dragon’s plans.

Related: Lord Of The Rings-Style Campaigns & The Best Tabletop RPGs To Run Them

Do you have a specific storyline in Dungeons & Dragons you would really like to make into a module that hasn’t been focused on yet?

Elliot: I would love to revisit Undermountain because there are so many more stories there in all of the floors we didn’t get to visit. It would also be great to explore the astral plane and team up with some of the githzerai you can meet in Stardock. Lastly, Mount Celestia has the potential for some really epic adventuring!

Randy: I really like the Underdark.  It’s a massive area to explore underground, and has lots of great factions to engage with and creatures to fight.  We’ve barely touched the surface (so to speak) of what the Underdark has to offer.

What decisions go into picking module content from the existing D&D source material? Are there any campaigns that wouldn’t work as modules? What keeps them from being useable?

Randy: As I touched on earlier, we mainly want to pick content that fits our style of gameplay: action multiplayer with a combat focus. So, for example, if there’s a heavy narrative focus for a module, we try to adapt it to fit our gameplay style.

Elliot: Ravenloft is a great zone to just wander around in. I think we really nailed the mood and overall feel. For classes, my main is a Paladin tank but I also really enjoy Wizard and Ranger.

Randy: I’m a fan of the Underdark campaign.  Just a great set of areas with lots of high-magic areas built by a crazy wizard filled with interesting creatures and characters. My favorite class to play is Wizard – the class has lots of arcane knowledge, and a huge range of spells to choose from.

Related: D&D Gold System Abuse & How To Stop it

What is the most exciting part of unveiling a new Module? Is there any feedback you specifically look for to use in future projects?

Randy: We always look for the excitement and engagement from the players.  If it resonates well, we try to incorporate more of the themes and gameplay elements into future projects. So, if you’re a player, please remember to post constructive feedback to our community forums.

Out of every edition, what is your favorite Dungeons & Dragons campaign? Do you have any stories to share that stand out from playing campaigns that helped with the design of modules for Neverwinter?

Randy: I started with the basic D&D red box, but really got into it with 3rd edition. I got one of the first Player’s Handbooks when they released it at GenCon! But if I had to go with my favorite, I’d have to say it’s 5th edition. It has old-school flavor but cleaner and more streamlined mechanics, and a great artistic and writing style.

As for stories, I know we’ve incorporated some characters (and players!) from tabletop D&D games into Neverwinter as little easter egg/flavor bits.

Elliot: I came into playing D&D relatively recently so I haven’t played too many official campaigns. The first one I played was Lost Mines of Phandelver. It’s hard for me to say a favorite because really other than that, I’ve played homebrews, but Lost Mines being my first official campaign I definitely remember it fondly.

While Neverwinter shares a lot with D&D, it is of course its own game, so I think the main thing that helps me in design is exposure to all the different amazing creatures, magical items, spells, and the like. If I have an encounter with a minotaur that was really exciting, I can go “We have to add that to Neverwinter! It would be so cool!”

What advice do you have for players embarking on Module 22: Dragonbone Vale?

Elliot: Explore! We really wanted to make Dragonbone Vale a rich and grand new addition to Neverwinter, and I hope players have as much fun discovering all the secrets as we had making them!

Neverwinter is free-to-play on PC, PlayStation 4, and Xbox One.

Laura Gray is a writer, illustrator and gamer in cozy Boise Idaho. They have had a wild freelance career in being a nerd, spending time traveling as a professional cosplayer and becoming a published illustrator while working the night grind as an IT tech. Laura is currently a content writer for D&D campaigns and Screenrant while working on personal writing projects for publication. They are also busy welcoming their first child into their life, which has been the best adventure life has given yet. 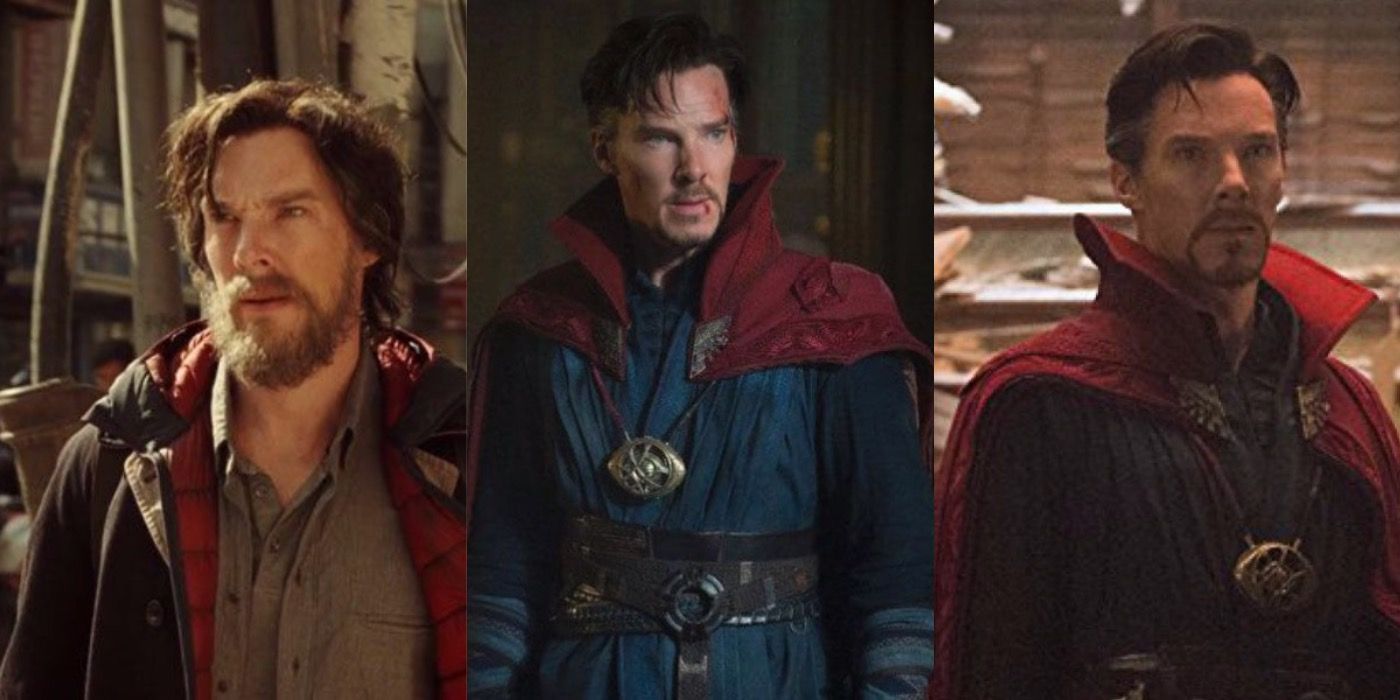 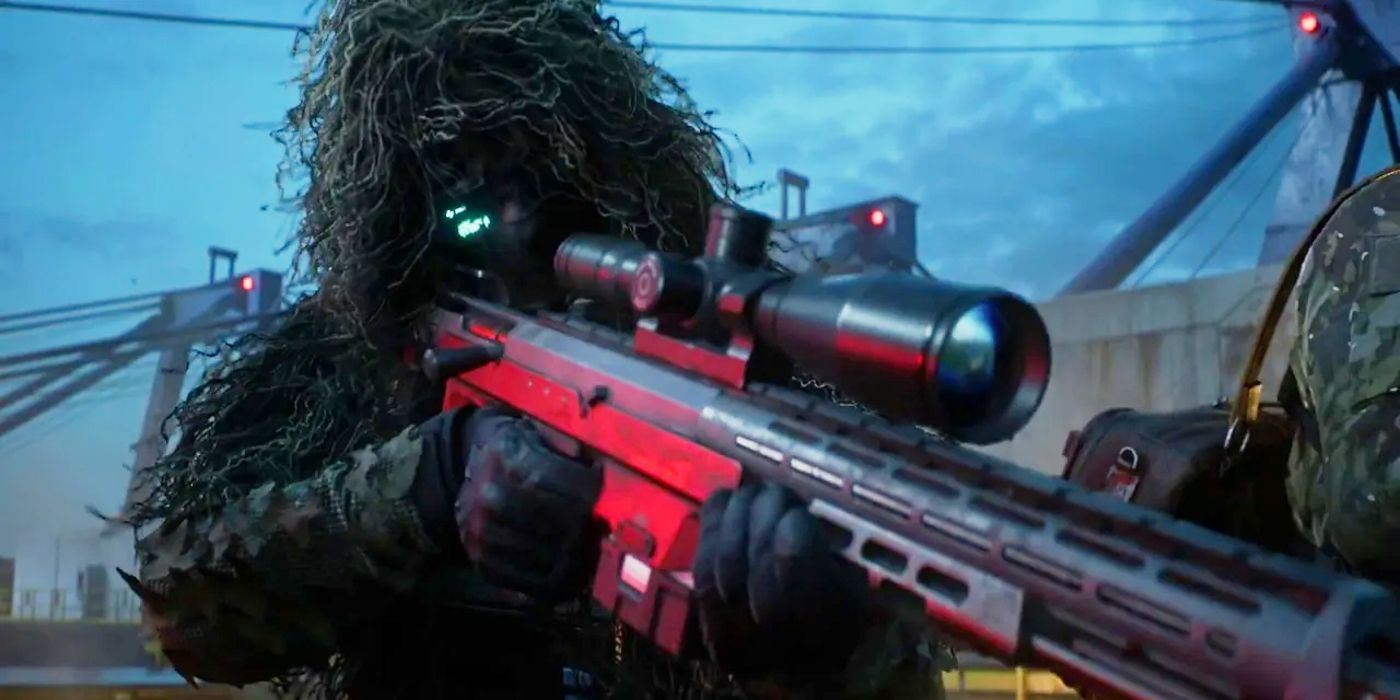 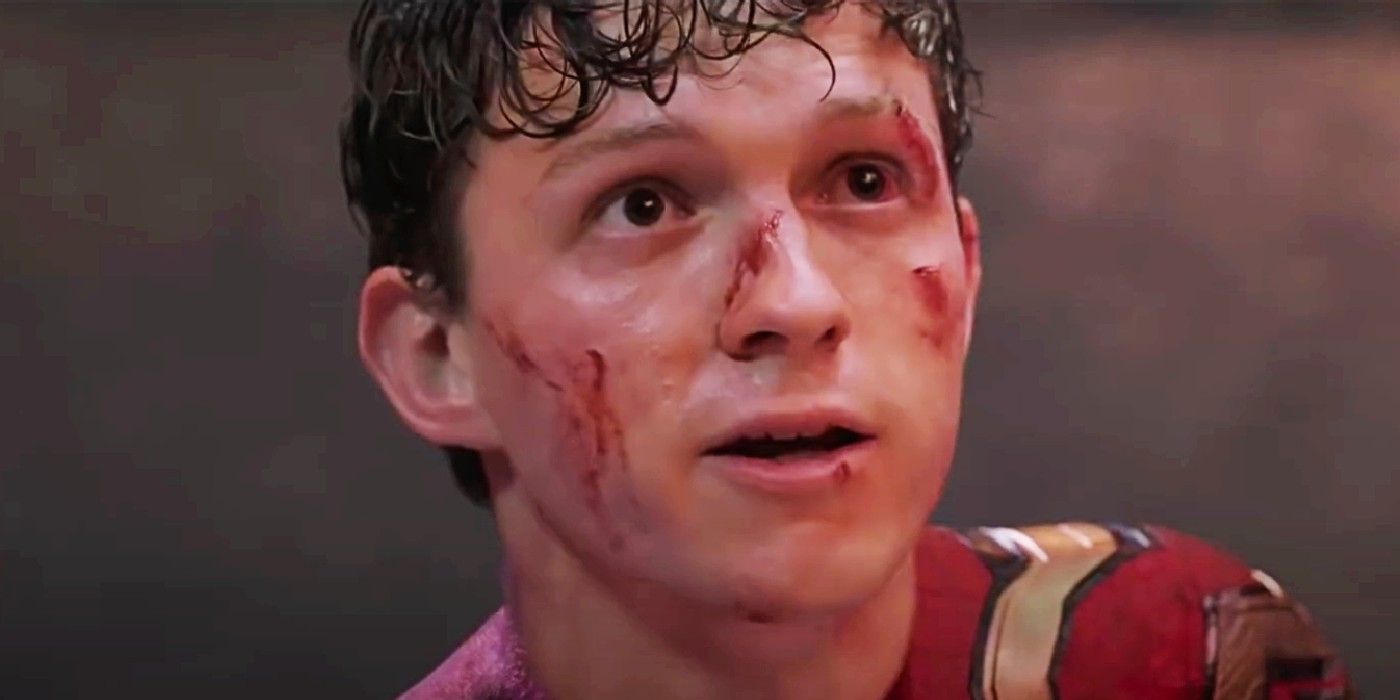 Spider-Man: No Way Home Writer Says A Lot Of Great Moments Got Cut 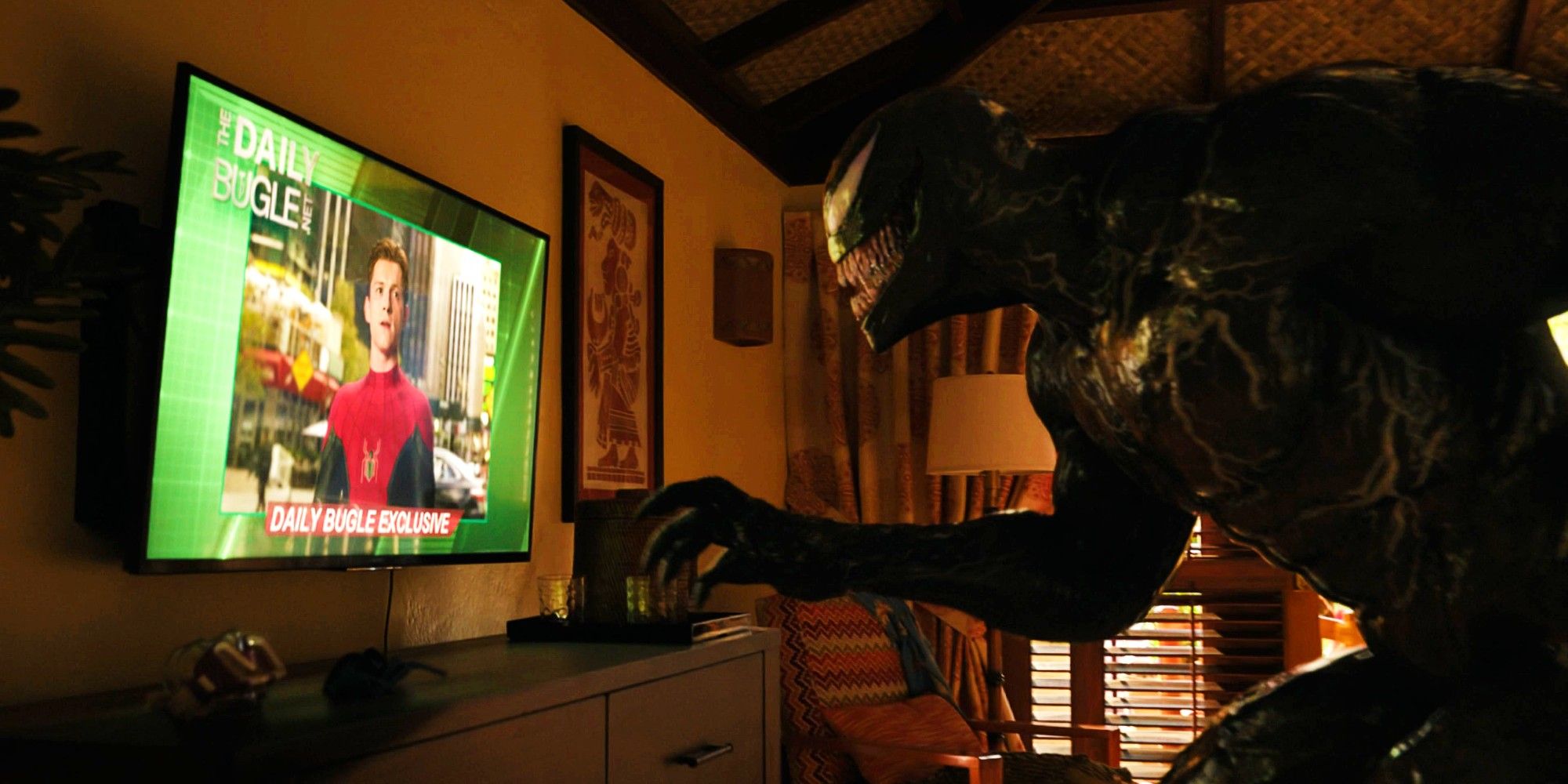