“At the beginning, I felt like going home and crying,” said Lisandro Martinez. It was August 2020 and, in an interview with La Nacion, the young Argentine was recalling his arrival at Ajax a year earlier.

“The first few weeks were horrible,” Martinez added. Training sessions, he said, were “completely different” from what he was accustomed to in Argentina. “Different intensity. Different control. Different passes. Different reading of the game.”

Martinez, new to Europe and only 21 at the time, found himself struggling to keep up. “I’m a player who likes to have the ball, but when they played with one or two quick touches, they killed me,” he said. “It was incredible how off the pace I was.”

It was incredible, too, how quickly he overcame those early struggles.

Martinez soon found his feet among his new team-mates – “I began to feel good after pre-season,” he said – and set about fulfilling the considerable potential Ajax had seen in him as a combative and technically gifted centre-back with Defensa y Justicia in Argentina.

Within a few months, a player almost reduced to tears by the step-up in quality at Ajax had become known as ‘the butcher’ by the club’s supporters. Aggressive in his defending but measured in possession, he was already a key figure for Erik ten Hag.

Three years on, Martinez now finds himself at the centre of a tug of war between his old manager, who has taken over at Manchester United, and Mikel Arteta at Arsenal. The Premier League beckons.

The Argentine was seen as a long-term replacement for the club’s former captain at centre-back but his success in Holland, and his attractiveness to United and Arsenal, is down to his versatility too. Martinez can also play at left-back or in central midfield.

Indeed, having started his first season at Ajax in De Ligt’s old position, one in which he had played the bulk of his football as a young player in Argentina, he soon found himself stepping into the midfield role vacated by Frenkie de Jong six months earlier.

“At the beginning of the season we were looking for a brain for central midfield,” said Ten Hag at the time. “We knew Martinez had played in central midfield, but could he do it in Ajax’s system? We tried him there and we saw good things.”

It is a testament to Martinez’s tactical intelligence that, in unfamiliar surroundings, and without any knowledge of English, let alone Dutch, he was able to adapt to probably the most demanding role in the Ajax team, dictating the play from the base of midfield and providing a bridge between defence and attack.

Martinez was helped by his innate technical ability but his appetite for improvement was similarly important. Martinez, studious by nature, made a concerted effort to watch and learn from other players who had made the transition from defence to midfield.

“The club always give you information, but you have to do extras yourself for a new position,” he added to La Nacion. “I watch football all the time and I observe all players, in all positions, and look at how they move. I love the details about players.”

One player he watched particularly closely was Bayern Munich’s Joshua Kimmich, who started out as a right-back before being before being moved into midfield with great success under Pep Guardiola.

“When he plays in midfield, I like the calmness he has and the way he reads the game,” said Martinez. “A player has to be intelligent. He has to have confidence, of course, but it’s a game of decisions and you make decisions with your head.”

Martinez soon became known as an old head on young shoulders at Ajax and impressed over the course of that first season, starting all but one of their 37 games before the Eredivisie campaign was curtailed by the pandemic in March 2020.

Height no barrier in defence

The following season proved more challenging for Martinez, with Ten Hag initially preferring to use Ryan Gravenberch in the deep-lying midfield role and Daley Blind as his left-sided centre-back.

But after a few months on the periphery, Martinez fought his way back into the team, this time in central defence, where he formed an effective partnership with academy graduate Jurrien Timber.

The move back from midfield to centre-back required Martinez to take on added defensive responsibility but playing deeper did not make him any less influential to Ajax’s build-up play.

Those numbers underline Martinez’s ability to play through opposition lines but he is similarly adept at switching the play and picking out team-mates over longer distances. At Ajax last season, no player averaged more successful long passes per 90 minutes.

Returning to centre-back also allowed Martinez, voted Ajax’s player of the year for his role in their Eredivisie title triumph last season, to overcome any doubts about his physical suitability to the role.

Martinez stands at just 5ft 9ins, making him small for a centre-back, a relative lack of height which convinced his boyhood club Newell’s Old Boys to allow him to join rivals Defensa y Justicia as a young player back in Argentina.

“His natural position is central defence but because he is not tall, his coaches doubted him when he was trying to win his place,” Nicolas Diez, one of his coaches at Defensa y Justicia, said in an interview with El Pais soon after his departure to Ajax.

“They were a bit worried about the issue of height,” recalled Martinez himself, “but it was something I never gave any importance.”

Instead, he resolved to make up for it in other ways.

Like his countryman Roberto Ayala, regarded as one of the best centre-backs of his generation despite his small stature, Martinez is deceptively strong in the air and boasts a formidable leap.

Last season at Ajax, he made more headed clearances (29) than any other player and won 79 of his 112 aerial duels, giving him a success rate of 71 per cent and putting him second only to Harry Maguire among Manchester United and Arsenal’s current centre-backs.

Martinez can expect to face more exacting opponents in the Premier League, of course, but he is also helped by a sound reading of the game. He is known for anticipating strikers’ runs and positioning himself smartly to make tackles and interceptions.

Those qualities, coupled with his versatility and technical prowess, have made him all the more alluring to Premier League suitors. Whether he ends up at Old Trafford or the Emirates remains to be seen but Lisandro Martinez has already come a long way. 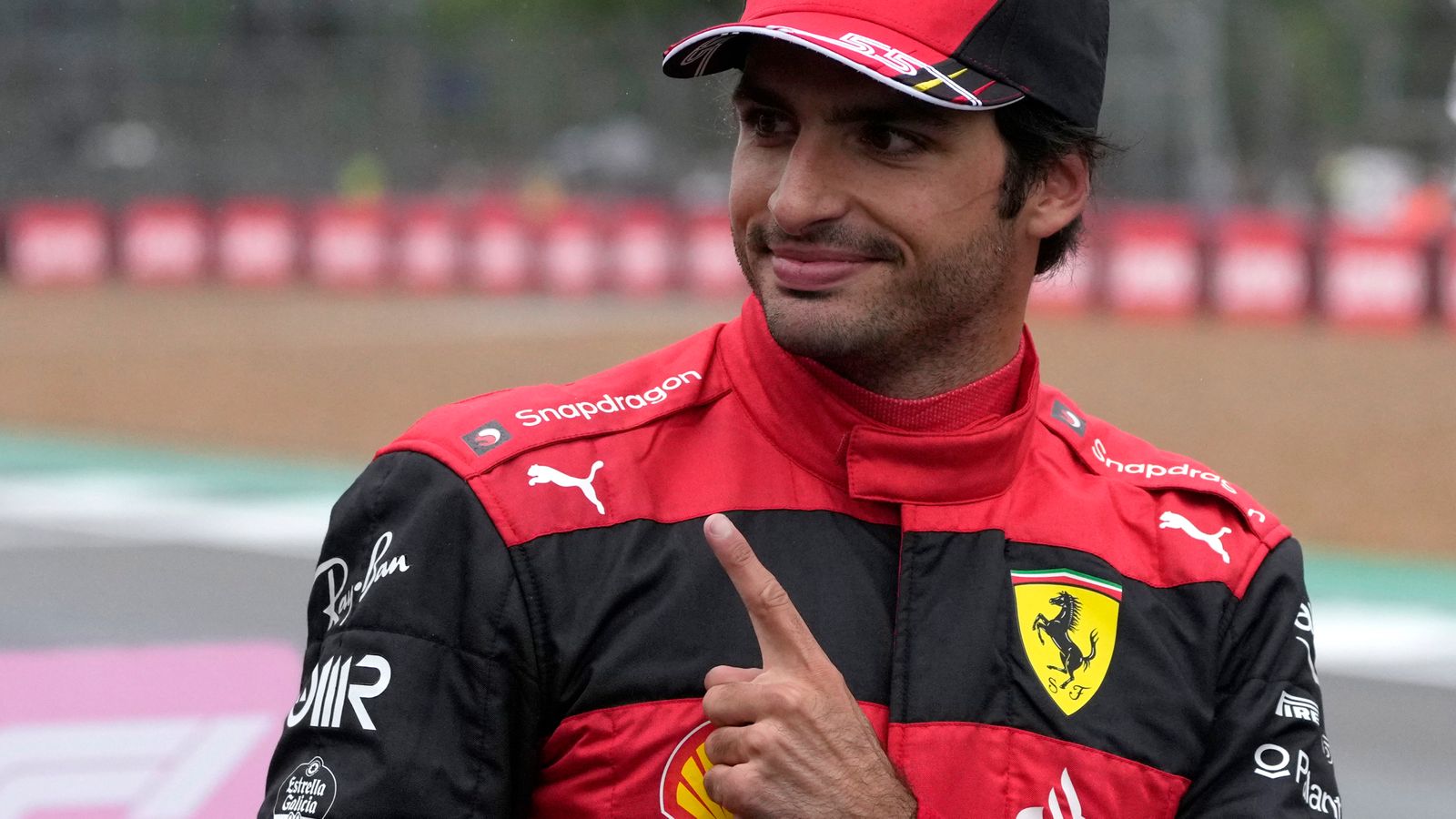 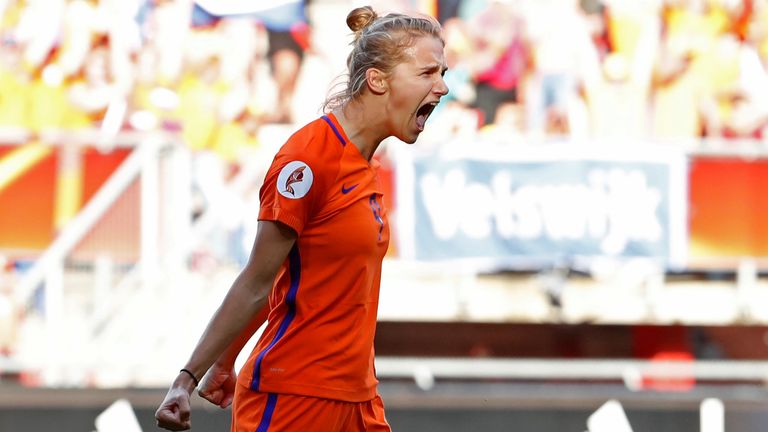 France Women vs Netherlands Women: Dutch star Vivianne Miedema could be back for Women’s Euros quarter-final 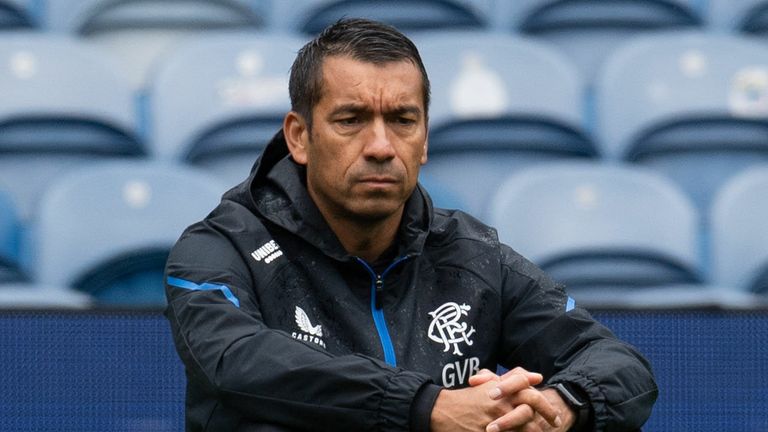