Lewis Hamilton says he now “definitely” thinks he can win races this season while Mercedes boss Toto Wolff roars after Spanish GP: “Can we fight for a world championship, you bet we can.”; George Russell finished third on Sunday and Hamilton fifth after a huge recovery

The best of the action from the Spanish Grand Prix

The best of the action from the Spanish Grand Prix

Lewis Hamilton believes he has revitalised his season with an “amazing” comeback drive at the Spanish GP he says felt “better than a win”, and is adamant he could have fought Max Verstappen without his issues.

A defiant Mercedes, meanwhile, claim they are right back in 2022’s F1 championship battle.

After five rounds struggling to understand or unlock pace from their W13 car, world champions Mercedes enjoyed a much more competitive weekend in Barcelona and, while not close to Ferrari’s Charles Leclerc or Red Bull’s Verstappen in qualifying, had an encouraging race with George Russell third and Hamilton fifth.

While Hamilton finished behind his younger team-mate again, his result was hailed by the team after he suffered a collision and puncture on the opening lap which sent him to the back. The seven-time world champion was one of the fastest drivers on track on his way back to contention.

After suffering a puncture on the first lap, Lewis Hamilton recovered to finish fifth as Mercedes continued their improvement at the sixth race of the season

After suffering a puncture on the first lap, Lewis Hamilton recovered to finish fifth as Mercedes continued their improvement at the sixth race of the season

Hamilton has been adamant in recent weeks that he is out of the title picture – and he is 64 points behind Verstappen – but it appears the Spanish GP has resurrected his hopes of battling at the front again.

On Sunday, Hamilton said he now “definitely” believes he will win a race this season, commenting: “We’ve made a lot of improvements with the car.

“The race pace is much, much better… the car is much nicer in the race. This is a great sign we’re going in the right direction.

“Without [my start], I would have been fighting the Red Bulls.

“That gives me great hope that at some stage we’ll be fighting for the win.” 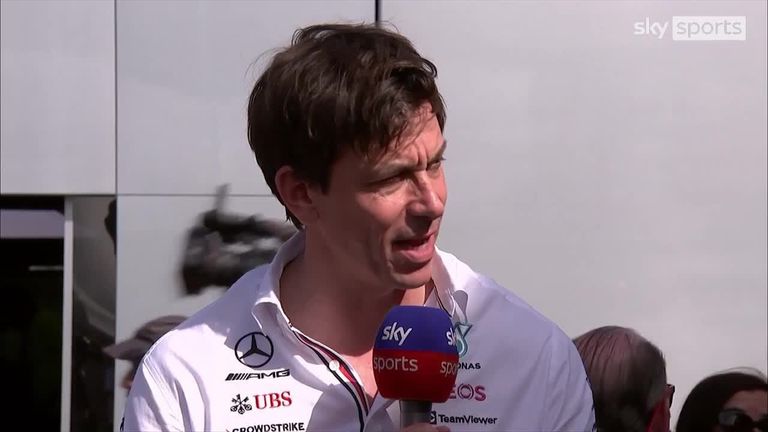 “Can we fight for a world championship? You bet we can,” added Wolff. “We have reasons to believe we can get there.

“If you look at the standings that is very hard to see but motor racing is a different ball game.

“We’ve seen today that Ferrari didn’t score a lot of points when they should have and we will absolutely push flat out to bring us back into the game.”

Mercedes are now 75 points behind new leaders Red Bull, with Ferrari slipping up with Charles Leclerc’s reliability failure and DNF.

Hamilton admitted he went through a rollercoaster Spanish GP after contact with Kevin Magnussen at the start dropped him 30s behind the pack in 19th, with the Englishman saying a comeback felt “impossible” – while he even asked Mercedes whether they should retire the car to save mileage. Lewis Hamilton and Kevin Magnussen collide on the first lap of the Spanish Grand Prix, resulting in a puncture for the Mercedes driver

Lewis Hamilton and Kevin Magnussen collide on the first lap of the Spanish Grand Prix, resulting in a puncture for the Mercedes driver

“I couldn’t understand it,” said Hamilton, referencing the Saudi Arabian GP when he struggled to make moves through the pack. But in this Mercedes car, which had big upgrades to the floor and front wing in Spain, he flourished.

On his comeback, which would have been good enough for fourth if not for Mercedes telling him to ease up with their own reliability concerns, Hamilton insisted: “A race like that is like a win. 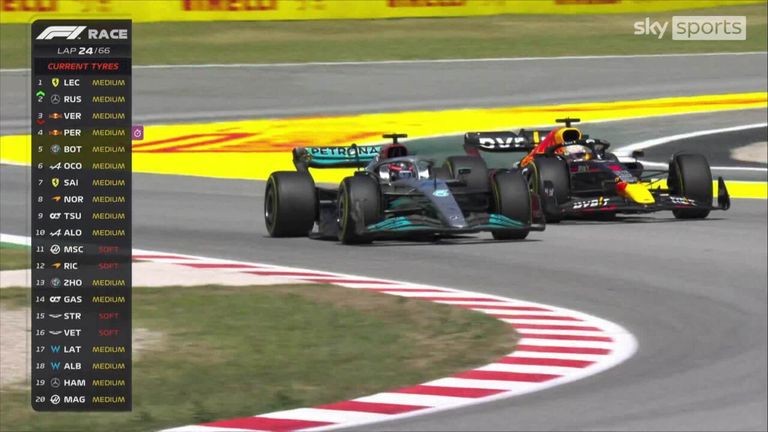 “It actually feels better than a win most often, when you’ve come from so far back.

“There was quite a lot of adversity in that race, starting so far back.

“There was a young girl who I spoke to yesterday who was my little inspiration. Isla, a five-year-old who is terminally ill. She said, ‘can you win the race tomorrow’, I said , ‘I don’t know if I can win the race., but I’ll give it everything.’

“Hopefully that was a bit like a win, and I dedicate it to her.” 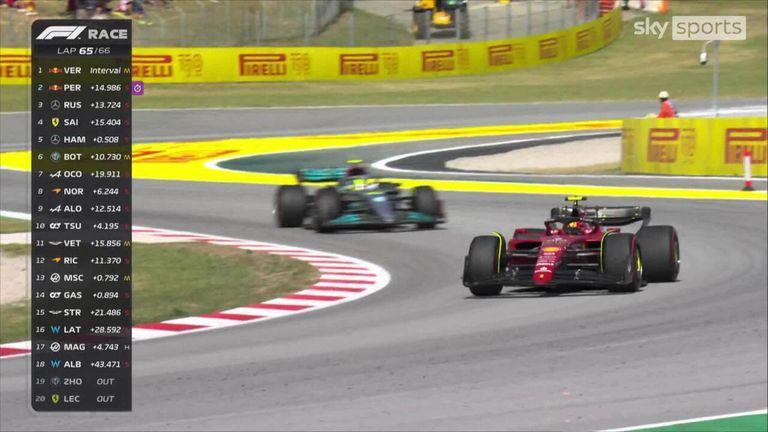 Having been overtaken by Lewis Hamilton moments before, Carlos Sainz retook fourth position from the Mercedes driver on the penultimate lap

Having been overtaken by Lewis Hamilton moments before, Carlos Sainz retook fourth position from the Mercedes driver on the penultimate lap

Hamilton also opened up on his recent struggles, having gone through an extremely unlucky spell since the controversial end to last season, with his 2022 hampered by unfortunately timed Safety Cars as well as his underperforming car.

“Since the last race of last year it’s been difficult all round,” he said. “To then have the difficulties we had with the car, to have constant knockbacks, Safety Cars and all sorts of things… we just keep getting back on the horse and keep pushing, never giving up.

“To start the race today positive and then have that problem, then to come back, it felt like some of the older races I’ve done, That for me feels amazing.” 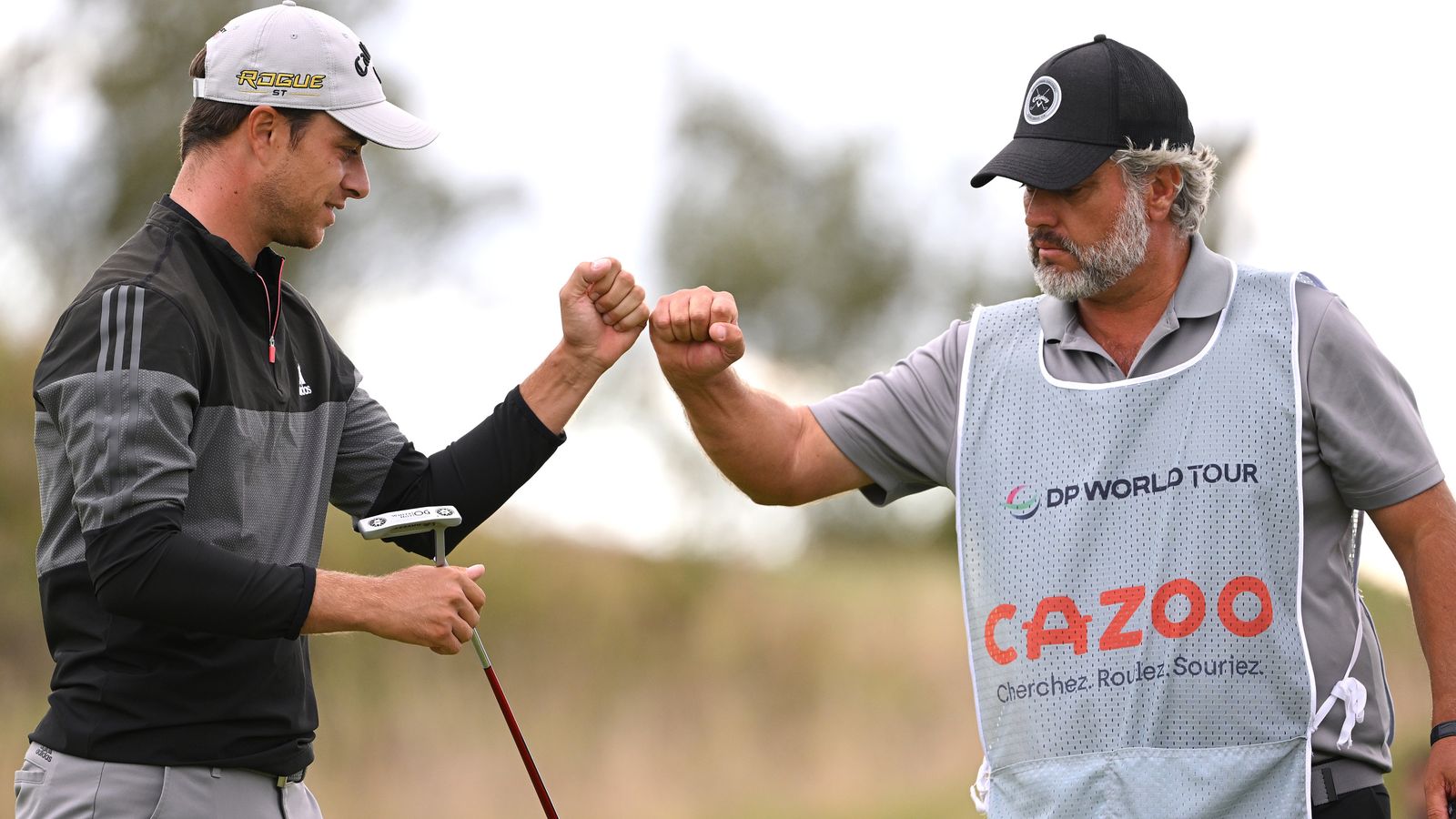 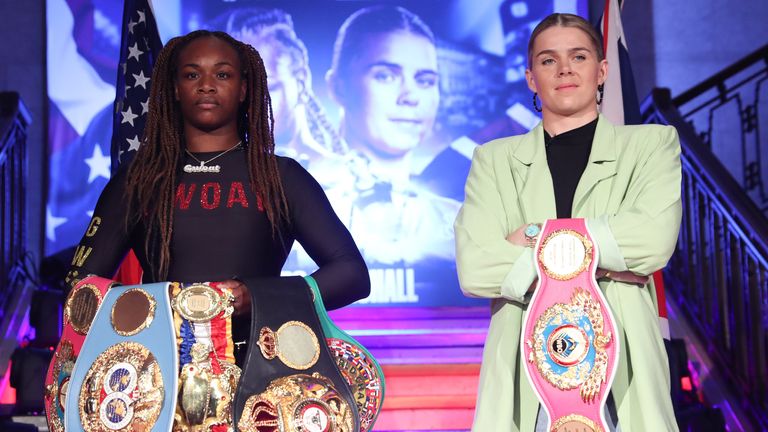 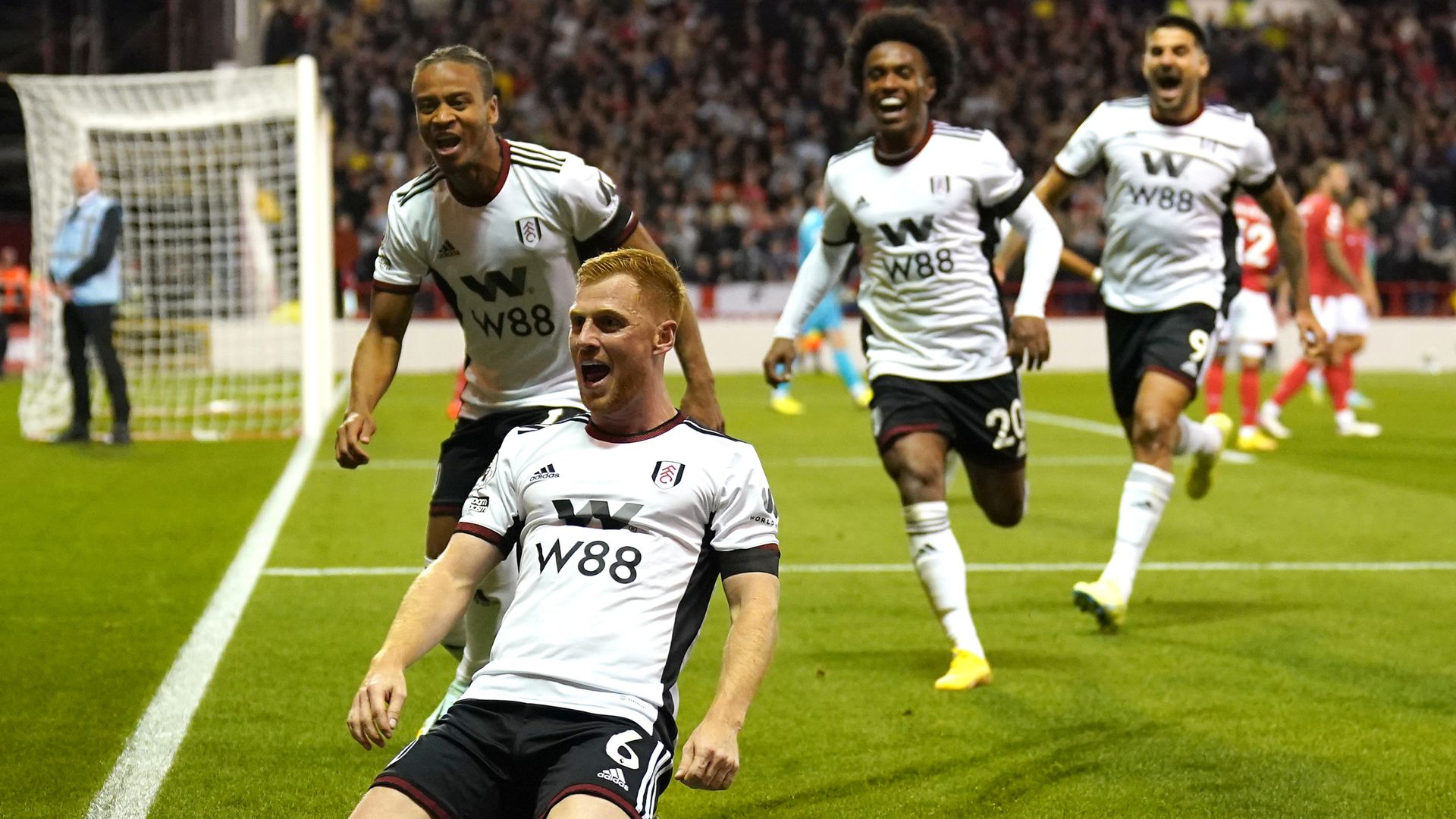 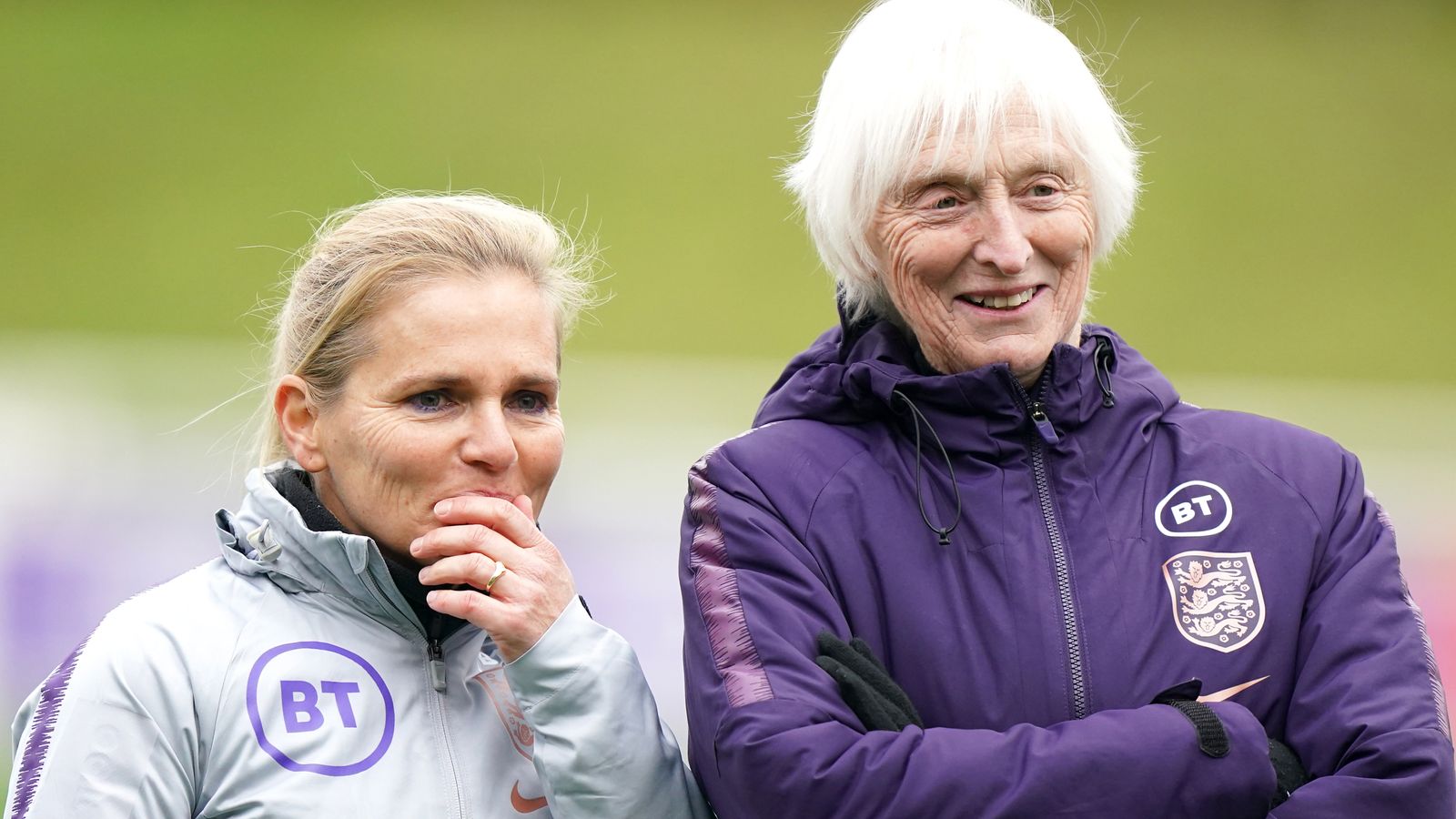