Nailed it! Kim Kardashian appeared to turn her latest manicure into a romantic statement to boyfriend Pete Davidson.

On Monday, May 23, Kardashian, 41, shared a photo of her fresh pink acrylic set while seated on a private plane. While the Skims founder simply captioned the post using a nail art emoji, the manicure was seemingly an ode to the 28-year-old comedian as the design featured a jeweled letter “P” on one finger.

Kardashian and Davidson began dating after the reality star hosted Saturday Night Live in October 2021. Their romance sparked eight months after she filed for divorce from husband Kanye West. West, 44, and Kim wed in 2014 and share daughters North, 8, and Chicago, 4, and sons Saint, 6, and Psalm, 3.

Kim went Instagram official with Davidson in March, sharing throwback pics taken during their pre-Valentine’s Day date one month earlier. The couple has since been spotted on numerous dates and events, including The Kardashians premiere in April. The lovebirds then made their red carpet debut at the 2022 White House Correspondents Dinner in Washington, D.C.

Speaking about their romance, Kim told Hoda Kotb on an episode of her podcast “Make Space with Hoda Kotb”: “It feels good just to know that, like, we have this connection, and we have our little bubble of a relationship world that we live in that, not a lot of people know about.”

Kim has temporarily stepped outside of her “little bubble” to celebrate someone else’s love: her sister Kourtney Kardashian.

This past weekend, the Kardashian family jetted to Italy to see Kourtney, 43, and Travis Barker say “I do.” Kim attended without Davidson as he stayed back in New York to tape his final episode Saturday Night Live. News broke on Friday, May 20, that Davidson will exit SNL following the episode, which aired on Saturday, May 21.

The Portofino ceremony came one week after the couple’s California courthouse wedding. Barker, 46, and Kourtney previously held a small, unofficial ceremony in Las Vegas after attending the 2022 Grammy Awards in April. Us Weekly confirmed at the time that the duo did not obtain a marriage license.

For her big day, Kourtney wore a custom Dolce & Gabbana mini dress that featured a corset construction and was made of satin and lace. According to Vogue, the look was inspired by vintage lingerie. The mini dress was paired with sheer gloves, lace pumps and a veil that featured a large image of the Virgin Mary embroidered in the center — a nod to one of Barker’s skull tattoos.

“Designing my dresses with Domenico [Dolce] and Stefano [Gabbana] has been a dream come true in every way,” Kourtney told Vogue.

Kourtney and Barker’s wedding weekend was a family affair as her children — Mason, 12, Penelope, 9, and Reign, 7, and Barker’s son Landon, 18, daughter Alabama, 16, and stepdaughter Atiana, 23, were all present.

“La Dolce Vita! Love you @DolceGabbana” Kris captioned an Instagram photo of herself in a sheer, polka-dot gown that featured ruffled detailing. 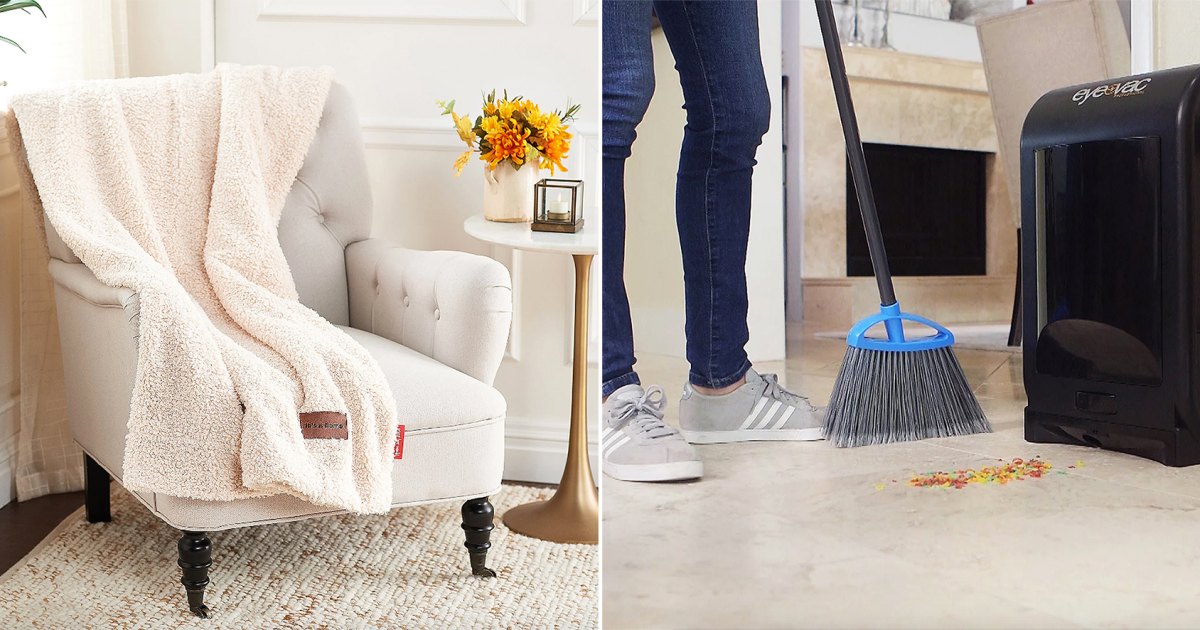 12 of the Absolute Best Cyber Week Deals at QVC

‘The Sopranos’ Cast: Where Are They Now?