Reece McAlear hit a late double as Inverness recovered from a horrendous start
to draw 2-2 with St Johnstone in the first leg of the cinch Premiership play-off
final.

Saints completely dominated the first hour in the Highlands and looked set to take a commanding lead back to Perth.

Melker Hallberg scored from close range to put Saints two ahead inside 24 minutes and the visitors could have had more.

But Billy Dodds’ tactical changes gradually had an impact and McAlear scored with his team’s first shot on target in the 73rd minute.

Saints had 24 shots at goal, seven of them on target, while Zander Clark did not make a save from the hosts’ six efforts. But the Perth side’s 12-year stay in the top flight now depends on a one-off game at McDiarmid Park on Monday.

A team finishing in third or fourth place in the Championship has never won the play-offs and Caley Thistle’s semi-final win over runners-up Arbroath came at a cost.

Dodds went with a back three with midfielder Sean Welsh dropping back.

Caley Thistle at least had a week to recover from the 120 minutes of action at Gayfield, but Saints had been able to rest players against Hibernian on Sunday and Callum Davidson made six changes.

His side took control from the start and only a brilliant diving stop from Mark Ridgers prevented Glenn Middleton’s powerful 25-yard strike hitting the top corner inside five minutes. 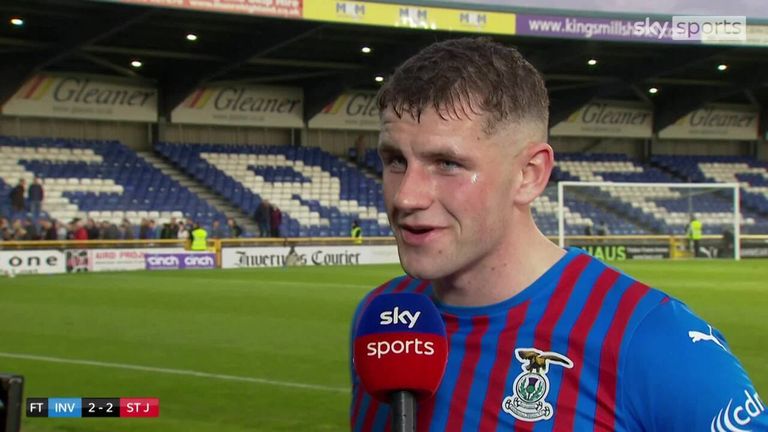 Man of the match Reece McAlear says Inverness CT’s second-half comeback, inspired by his two goals, has given the Championship side a ‘huge boost’ heading into the second leg against St Johnstone on Monday

Saints continued to threaten from long range with Hallberg and Rooney denied and Murray Davidson shooting wide in space.

The 17th-minute opener came from a familiar threat when Rooney out-jumped wing-back Cameron Harper at the back post to power Hallberg’s cross into the top corner.

The-one way traffic continued and Middleton shot over before Hallberg forced the ball home after Ridgers’ parry from Callum Hendry had sparked a goalmouth scramble.

Davidson volleyed wide before Dodds was able to make some half-time changes. Welsh moved into midfield and attackers Austin Samuels and Logan Chalmers came on. 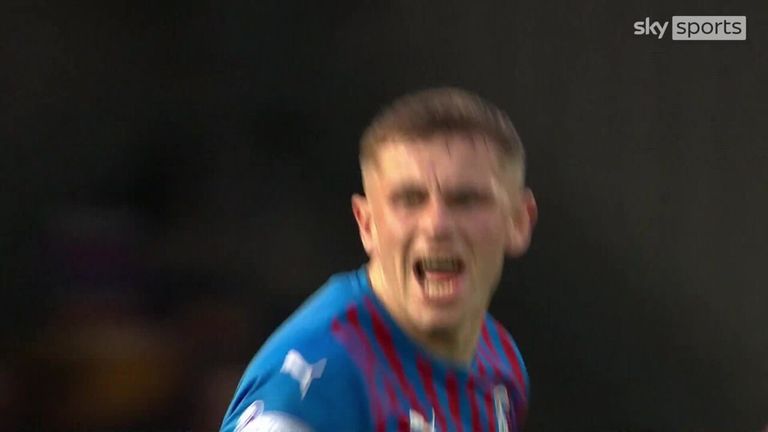 Reece McAlear pulls one back for Inverness against St Johnstone with a brilliant strike from just inside the box!

There was little immediate impact and Hendry had a shot tipped over as Saints maintained their threat.

Caley Thistle improved in possession but Saints were finding space on the break and Middleton came close.

The home side began to get some encouragement with balls from out wide and they pulled a goal back when Samuels cut back for McAlear to fire into the roof of the net.

The visiting bench were annoyed that referee Bobby Madden had not stopped play for a head knock to Jamie McCart and they were soon in disbelief when McAlear struck again. 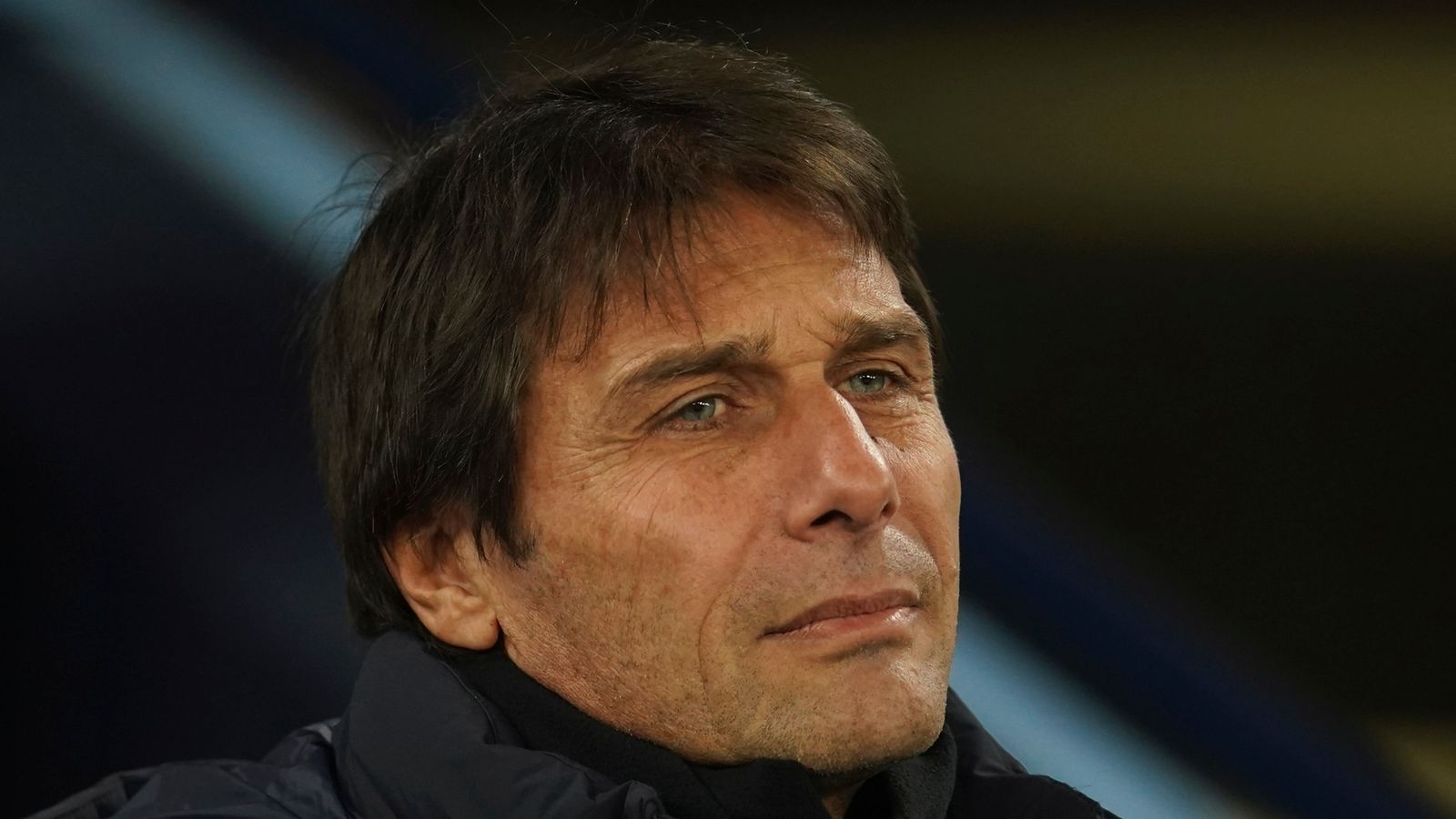 Antonio Conte: Spurs boss puts future on standby but the feeling is he will leave at end of season – Sky in Italy