There has been a steady drumbeat of these stories in recent years. In some cases, such as the March 2019 attack on two mosques in Christchurch, New Zealand, or the August 2019 attack on a Walmart in El Paso, Texas, both by radicalized far-right extremists, become prominent news stories and are readily understood as instances of domestic terrorism. However, many such cases involve fewer casualties—and some none at all—and receive considerably less news focus.

Yet this drumbeat has its own kind of terroristic effect. Most terrorists act out violently as a way of undermining the larger social and political order, a means of persuading the public that civil authorities are incapable of keeping them safe and providing security. It’s powerfully effective for right-wing extremists because creating an atmosphere ripe with fear is a proven way of inducing authoritarianism among the general public as a psychological response. As these lesser incidents accumulate—especially when they begin happening with greater frequency—they have the same effect on public sensibilities.

This lower-level drumbeat has become intense over the past several months, particularly as unhinged authoritarian Trump followers revolt against the reality of Joe Biden’s 2020 election victory:

At about 7:35 p.m. the night of Nov. 14, 2020, Alvarez gunned down Georgette G. Kaufmann in the garage of her home, then shot her husband, Daniel L. Kaufmann, five times when he came to the door to check out the noises. Alvarez fled the scene while Daniel Kaufmann crawled to a neighbor’s home for help.

Alvarez sent a message to a U.S. Army email address on the night of the killing, claiming there were satanic rituals at the park, that he had determined the people living in four houses at an intersection near the park were responsible, and that he planned to kill them all. The email also demanded that people “stop all murder of babies.”

According to prosecutors, he also said in the email that he targeted the Kaufmanns’ house because he believed they had voted for Biden and possessed a Biden “flag and a doll of Trump hanging.” He said he was “executing and exterminating the pro-choice Jewish Satan worshippers” when he chose the Kaufmanns’ home.

“The defendant’s belief was ‘to end the Satanic activity’ near the crime scene (Memorial Park) and acted out his manifesto by killing and shooting the Kaufmanns and by mentally fabricating the connection he believed the four corner houses on Raynor and Copper to have been involved in ‘satanic activity,’ because of their relative geographic location to the park,” the affidavit filed in the case states.

In the early morning hours of Aug. 29, Caleb Jesse Chapman got into a heated argument with his girlfriend while camping at the national park’s Deer Park campground, not far from Port Angeles and near popular visitor sites like Hurricane Ridge. He had told her she would probably die in “the revolution,” and when she objected, he became threatening.

When he found out that she had dialed 911, he threw an unopened soup can at her, lacerating her leg, and beat her head against a car seat, prosecutors say. Before police could arrive, however, he set out on a terrorist rampage directed at the national park’s rangers and visitors, dressed in a tactical vest and armed with a semi-automatic rifle, a shotgun and multiple handguns “while yelling and screaming,” the woman told authorities.

He is believed to have set an estimated 1,000-square-foot fire off Hurricane Ridge Road earlier that morning, before the assault. After leaving the campground, he cut down a tree that blocked access on Deer Park Road to the campground. According to court documents, he disabled the park’s Blue Mountain Summit repeater site’s emergency radio communication system, allegedly removing power and antenna cables.

Authorities shut down public access to Hurricane Ridge Road and Deer Park campground. Area trailheads were closed to the public from the time the incident was reported until after Chapman was captured, three days later. Parks officials at first did not release his name, and described the situation as “an ongoing law enforcement incident.” Chapman reportedly shot at a drone which had spotted him on Aug. 31.

When he was finally apprehended, FBI agents and park rangers seized a significant weapons cache: four semi-automatic pistols, two semi-automatic rifles, a 20-gauge pump-action shotgun and 500 rounds of ammunition, along with two chainsaws and multiple boxes of ammunition found in Chapman’s truck. They said they also found a loaded semi-automatic pistol, radio repeater components, a park radio frequency list, a radio microphone, food, water, knives, general survival equipment, and identification cards, in addition to a baggie of what was believed to be methamphetamine.

A manifesto of sorts was uncovered by investigators and introduced in court documents. “My name is not important,” Chapman said at the beginning of a 240-word letter. “I am trying to warn all Americans who believe in Freedom … Freedom from wars fought on our land,” it said.

“This country has lost its way and needs to get the freedom [and] rights of free speech, shooting guns because our Ancestors fought for those rights! Those freedoms [and] many others SHOULD NOT BE GOTTEN THROUGH A REVOLUTION!!! For a year ammunition could not be bought barely, the white house was overrun, lots of media propaganda [and] countless weeks spent on B.S.

“DO IT RIGHT AMERICANS [and] WHEN THE ONES WHO SAY THEY ARE PROUD [and] WANT THOSE FREEDOMS BACK AS THEY POINT A GUN AT YOU … LOOK THEM RIGHT BACK [and] SHOOT THE SNEAKY, COWARDLY, TREASONESS PUNKS!!!”

Chapman now faces federal domestic violence assault charges. Earlier this week, Magistrate Judge Theresa L. Fricke of Tacoma Federal District Court determined that Chapman is a flight risk and danger to the community, and ordered his detention at the Federal Detention Center at SeaTac to continue. She ruled he cannot be released while under electronic home monitoring to the custody of his mother in Forks.

Matthew Taylor Coleman, 40, of Santa Barbara, was arrested at the border after the children’s bodies—a 3-year-old girl and a 1-year-old boy—had been discovered earlier by a ranch worker near Rosarita in Baja California. He had spirited the children out of the country without their mother’s consent.

According to the far-right conspiracy theory, Coleman was apparently convinced that his wife was part of the secret reptilian society that controls the world and that she had passed on her “serpent DNA” to the children. He thought the children “were going to grow into monsters, so he had to kill them,” federal officials alleged.

According to the complaint, Coleman said he knew what he did was wrong but that “it was the only course of action that would save the world.”

The more often and more regularly they happen, the faster we process them. But the drumbeat creates a cumulative effect similar to mass terrorism events intended to spread a general sense of fear in the public and undermine confidence in authorities to keep people safe.

As Kos’ Laura Clawson observed, writing about my book Red Pill, Blue Pill: How to Counteract the Conspiracy Theories That Are Killing Us:

The contours of these conspiracy theories, ever shifting but drawing on so many of the same ideas and building on each other, make clear what a big, big problem we’re looking at. Any one such theory may seem fringe (until it doesn’t anymore), but the constant churn of them shouldn’t be underestimated. And understanding the degree to which they’re interconnected shows both the difficulty of breaking their hold and the importance of preventing them from taking root to begin with. 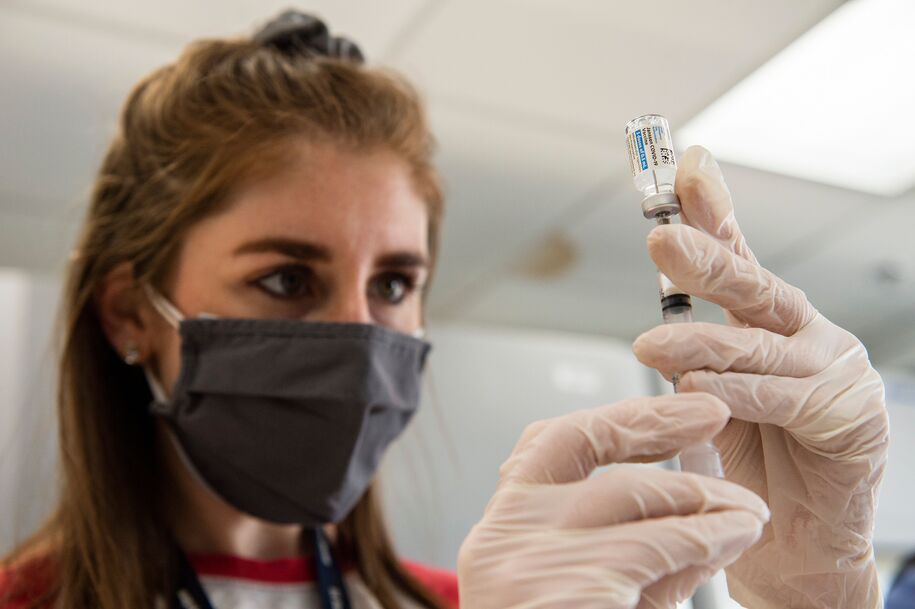 What to expect when you’re inoculating (i.e. what you can—and can’t—do after being vaccinated) 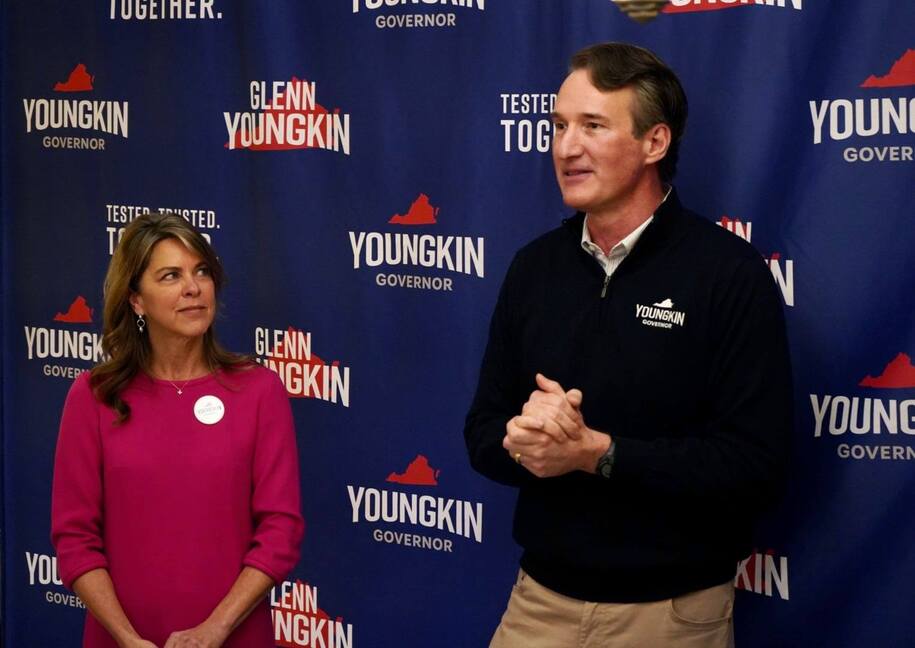 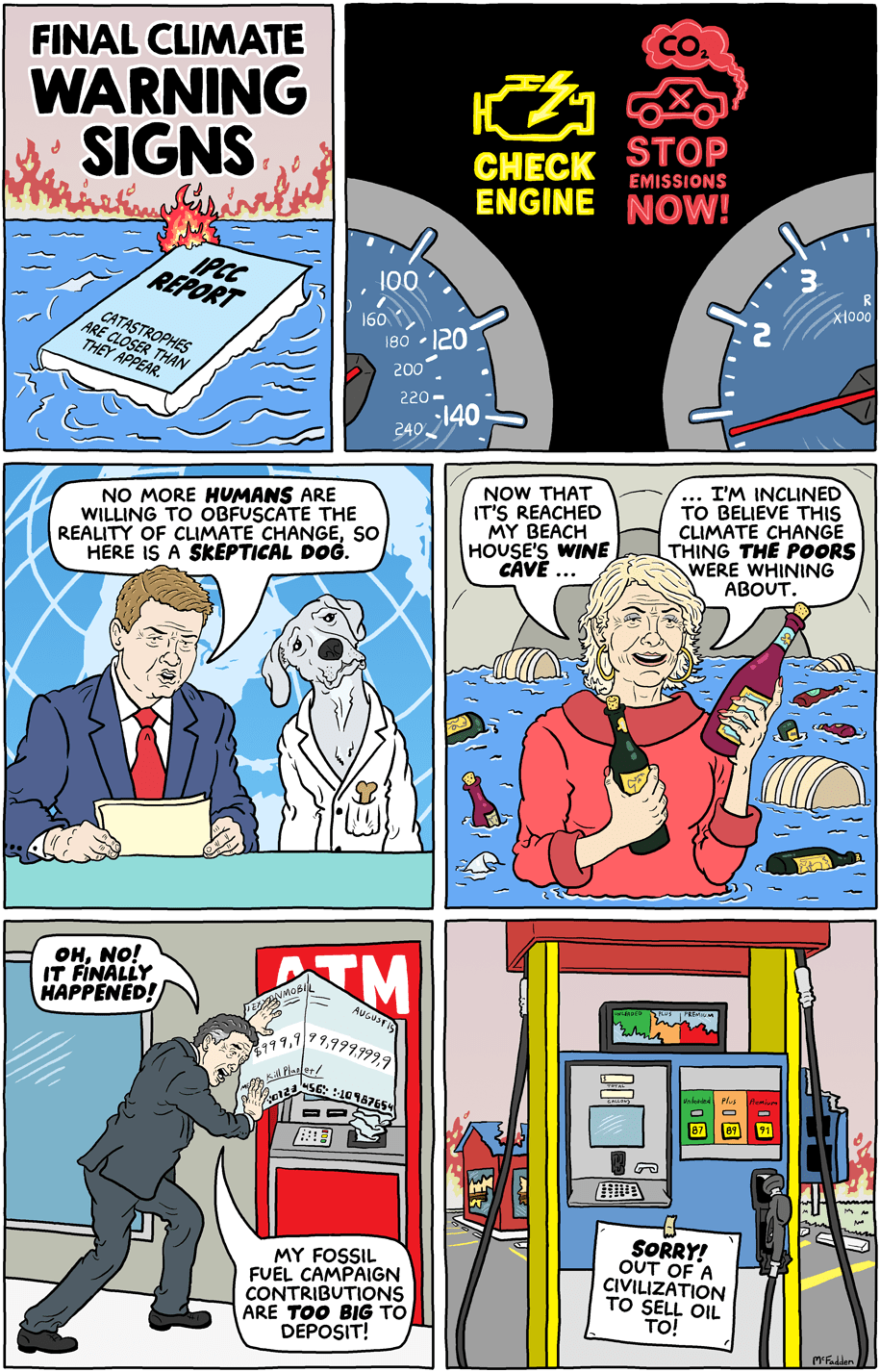 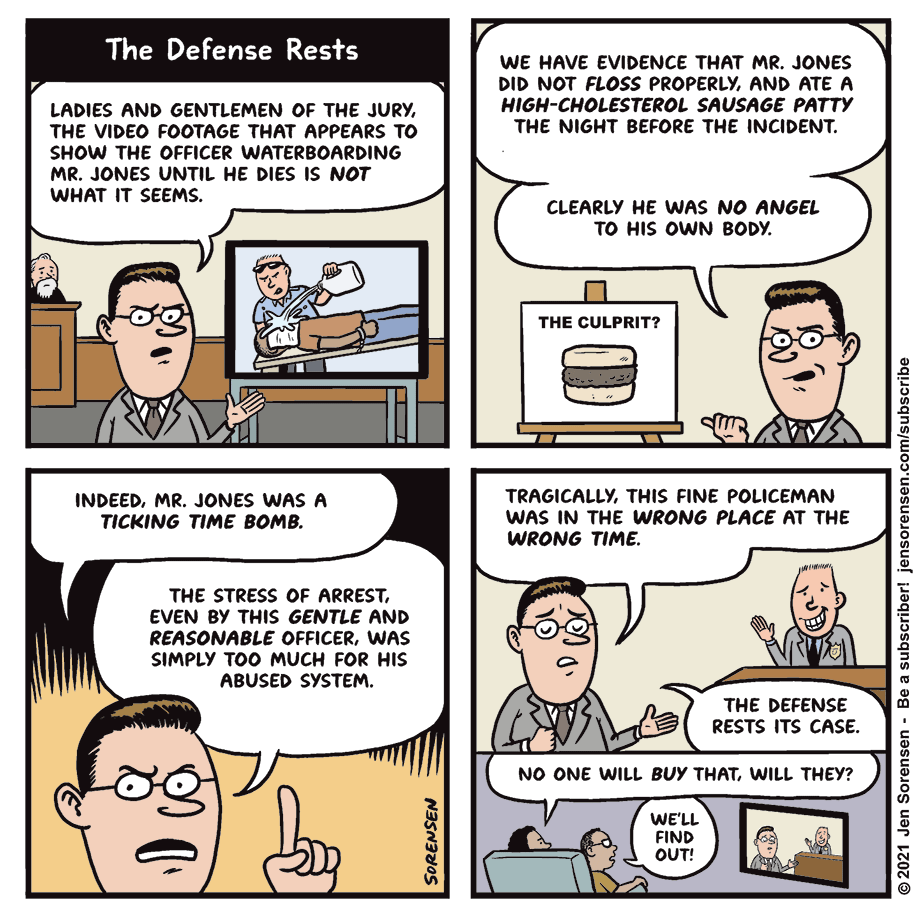 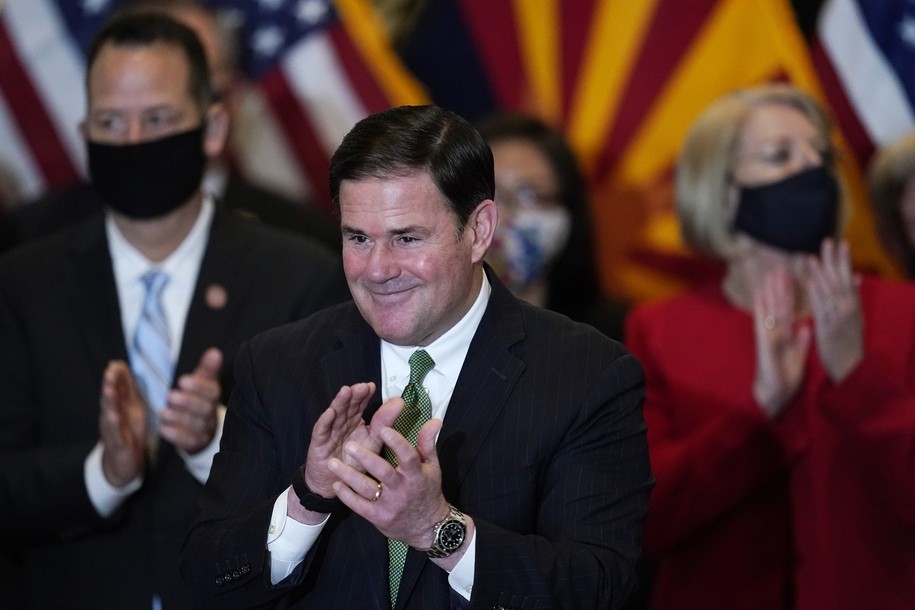 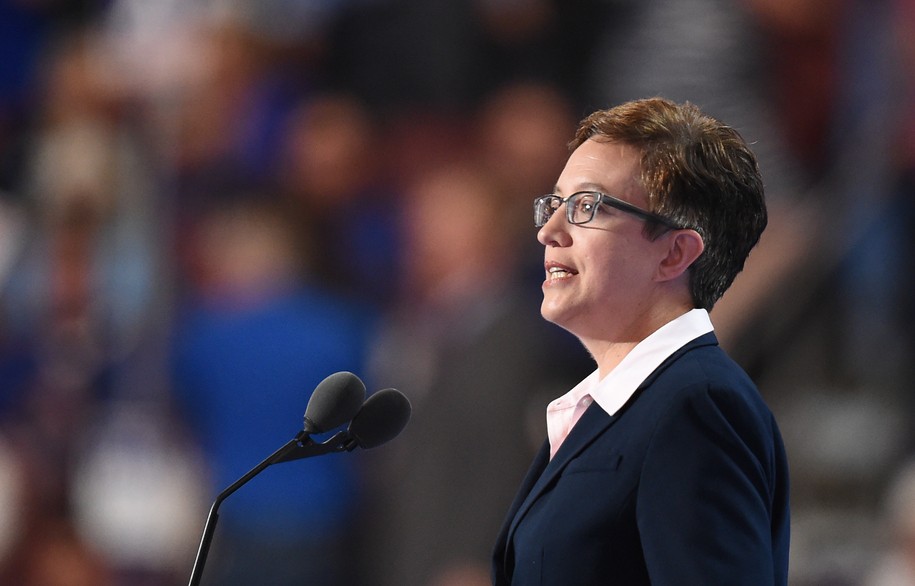 Morning Digest: In a surprise, Oregon Democrats abandon deal to give GOP veto over redistricting