I Love Lucy is a famous sitcom featuring one of the most well-known TV couples, Lucy and Ricky Ricardo, played by a real-life couple Lucille Ball and Desi Arnaz. The show—and their relationship—was known to everyone around the world, and the comedic writing and performances made it an absolute classic.

RELATED: 10 Worst I Love Lucy Episodes (According To IMDb)

However, this is a show from the 1950s, meaning the standards around relationships, sexism, and their romantic interactions were very different than they are now. When watching the relationship between Lucy and Ricky Ricardo on-screen today, there are some clear moments that will make viewers cringe that would never make it onto TV today.

Updated Jan. 14, 2022: More than seventy years after the show premiered, I Love Lucy remains one of the most celebrated and influential sitcoms of all time. Helping to establish both the genre and the tropes that would come to exemplify it, I Love Lucy was a seminal series that shaped television history in ways those who produced it wouldn’t have imagined.

That said, there’s no denying that the show has aged quite a bit. From outdated stereotypes to ridiculous marital requirements, there’s quite a bit in I Love Lucy that just doesn’t fly with modern audiences.

15 Ricky Teaches Lucy Made Up Rules For Golf

Ricky is embarrassed by Lucy’s athletic ineptitude, so he and Fred teach best friend pair Lucy and Ethel made up rules for golf that are completely ridiculous and weird in the hopes that they would quit playing with them.

Ricky should not be embarrassed by his very own wife. Lucy only wanted to spend time with him, and she was willing to do something that Ricky loved so much. Even if Ricky did not want Lucy to play, he should have at least been honest with her and voiced how he felt without thinking of an outlandish scheme for him to get his way.

In a similar scenario, Lucy wants to spend time with Ricky, so she decides to join Ricky on a camping trip. Ricky does not want this to happen, so he does a “practice” camping trip with her to see how she likes it. He hopes to make her tired and scare her out of wanting to go camping with him ever again.

This is another case where Ricky should have been honest with her and appreciate the fact that his own wife wants to spend time with him. Once again, the show plays into gender stereotypes in a painfully obvious way.

In the 1956 I Love Lucy episode “The Ricardos Visit Cuba,” Ricky and Lucy travel to Cuba, and Lucy eventually wins the affections of Ricky’s family. It was a pretty heartwarming episode and a great moment in their on-screen marriage, but it was met with quite a bit of controversy.

Tensions between the United States and Cuba were at an all-time high at the time, as the Cuban communist revolution was already underway. Today, however, there would be no reason to tip-toe around Ricky’s heritage.

Lucy is worried that Ricky might be tempted by other women, so she puts on a black wig and pretends to be somebody else in order to test Ricky’s loyalty to her.

Even though Ricky caught on to Lucy’s scheme early on, Lucy should not have even tried to do this in the first place. A major component of marriage is trust, and Lucy and Ricky needed to communicate with one another if they had any issues instead of having Lucy nearly trick Ricky into being unfaithful.

To test Ricky’s love for her on multiple occasions, Lucy pretends robbers are in the apartment in the hopes that she’d freak out Ricky and see if he comes to save her. This gets to the point where, when a couple of real crooks tie her up, Ricky, Ethel, and Fred do not believe her, thinking she found a way to tie herself up. Lucy should have trusted Ricky’s love for her instead of making him terrified for her safety—and of course, she shouldn’t be lying about something so serious.

One of the most controversial aspects of I Love Lucy was the show’s handling of Lucille Ball’s real-life pregnancy. Rather than attempting to hide it, the writers opted to include it in the series’ storyline. Pregnancy was, at the time, a relatively taboo subject, with many still believing that it shouldn’t be discussed on television.

Today, this aspect of Ricky and Lucy’s relationship wouldn’t be an issue whatsoever. Plenty of sitcoms have broached the topic multiple times with no issues, and, were I Love Lucy adapted in the modern era, Lucy’s pregnancy wouldn’t have registered as anything unusual.

Lucy and Ethel eventually got them out of jail, but no joke or mean trick justifies allowing someone you love to go to jail just to teach them a small, innocent lesson. Not to mention wasting the resources and time of people who should have been dealing with real crime.

8 Ricky Refuses To Recreate The Day He Proposes To Lucy

It is obvious that Lucy cares about this, so Ricky should have tried his best to support her. He was selfish, instead, and it is no wonder Lucy got mad at him. Their engagement was one of the best memories of Lucy’s life, and the fact that Ricky would not even try to recreate it for her shows that their marriage needed some work.

Though it’s primarily remembered as an innovative television series, I Love Lucy actually began as a radio program titled My Favorite Husband. It starred Lucille Ball and Richard Denning, who, as per CBR, was cast in the role in favor of Desi Arnaz because the network feared how the public may react to a mixed-race couple.

Today, this would never be an issue, and Desi Arnaz would have been cast in the role of Lucy’s husband from the very beginning. This, of course, isn’t to say that Denning didn’t work in the role, he was just an unnecessary addition.

6 Ricky Does Not Let Lucy Go Into Show Business

A recurring plot line on this show is Lucy’s eagerness to be a part of Ricky’s performances or any other audition she comes across. Ricky just wants a simple housewife, and he definitely does not want Lucy involved in his show or any other show. He constantly demands that she follow his orders, but Lucy always finds some way to be involved without Ricky being aware of her plans.

Lucy is a grown woman who has the right to perform if she really wants to. Ricky should not have any control over this, and he should have supported her any way he could. The assumption that she would have to ask permission from her husband at all would appall viewers today.

When Lucy and Ricky go dancing, they meet a young woman, played by Barbara Eden of I Dream of Jeannie fame. Ricky is instantly infatuated with her, leading to him flirting and dancing with her right in front of Lucy.

Ricky did not even think about how his own wife would feel about this, especially since Lucy was witnessing the whole thing herself. His casual disregard for his wife would not be acceptable today.

4 Ricky Puts Lucy On A Schedule

When Lucy causes herself and Ricky to be late to a dinner with his boss, Ricky makes a schedule for Lucy for all hours of the day.

RELATED: 10 Quotes From I Love Lucy That Are Still Hilarious Today

It should be up to Lucy to create a schedule for herself if she notices a pattern to her lateness. However, her own husband makes one for her to follow, and he even states later that she is like a “trained seal.” This bothers Lucy, and she gets revenge. Lucy definitely needed to be the responsible one and manage her time herself, but it is definitely not right for her own spouse to do this for her—especially for every minute of every day.

One of the most memorable skits in the entire series sees Ricky struggle to read a children’s book intended for their child. Confused by the pronunciation of words like “bough,” “rough,” and “through,” Lucy comments that it shows how little he knows about the English language.

While some good-natured ribbing is fine, Lucy takes genuine issue with Ricky’s pronunciation of certain things, and she seems to go from wanting to help Ricky to wanting to ridicule him. Given that the two are married, Ricky’s accent really shouldn’t bother Lucy.

On a couple of occasions, when Lucy does something that makes Ricky upset, he spanks her. Lucy is a grown woman who has the right to make her own decisions. No matter how Ricky feels about them, he has no right to use force on Lucy like that in order to make her do what he wants her to do.

At the time, many would have looked the other way. Today, however, behavior like this isn’t even close to acceptable in a marriage.

Though they were always portrayed as a happy couple who always managed to patch things up in the end on TV, in real life, the marriage between Lucille Ball and Desi Arnaz was nowhere near as idyllic. The two argued constantly and tried to divorce several times, and their marital strife was only exacerbated by Arnaz’s notorious infidelity.

The two managed to make it work back in the 1950s, but, in a modern social climate, such scandals would likely sink a show. The two went on to have profound careers, but that may not have been the case had the show premiered in a more recent decade.

NEXT: The 10 Highest Rated Episodes of I Love Lucy (According To IMDb)


Next
Star Wars: 10 Most Unexpected Things To Happen In The Mandalorian

He is a student at The Ohio State University. He has a passion for film and television and strives to entertain others through his writing. Chris Hemsworth And Taika Waititi Posed For The Thor: Love And Thunder ‘Poster’ And I Can’t Get Enough How The DC Multiverse Might Work, And Why It’s Bad For The SnyderVerse 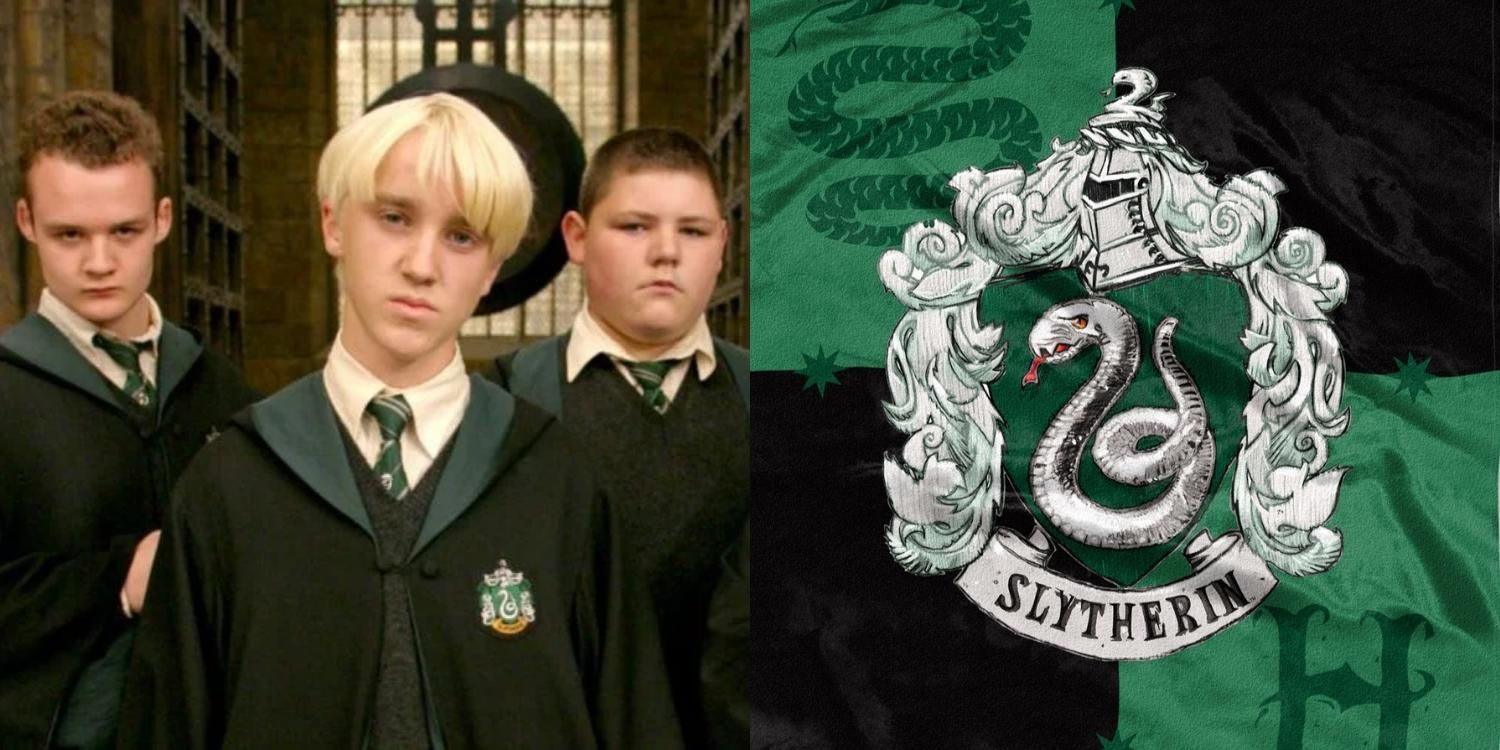