The two kayakers were enjoying the last glimmers of summer on the Minnesota River last September when they spotted an odd brown chunk along the bank. They paddled toward it and looked closer. It appeared to be a bone, so they called the Renville County Sheriff’s Office.

When Sheriff Scott Hable was told of the kayakers’ discovery near the city of Sacred Heart, about 110 miles west of Minneapolis, his mind raced to the first possible explanation: Maybe it was the remains of a missing person from a nearby county?

“I don’t think anybody was anticipating the news to come,” Sheriff Hable said.

The sheriff’s office sent the bone to a medical examiner and then to a forensic anthropologist with the F.B.I., who was not able to pinpoint an identity but did make a startling discovery on Tuesday through carbon dating. The bone was part of a skull and most likely was from a young man who lived as many as 8,000 years ago, between 5500 and 6000 B.C., Sheriff Hable said, citing the anthropologist’s findings.

“We have this sort of bizarre report that it’s ancient,” Sheriff Hable said by phone on Wednesday.

The young man had likely traversed through parts of what is now Minnesota during the Archaic period in North America, Sheriff Hable said, when people ate primarily nuts and seeds before the time of subsistence farming, according to a report by the Archaeology Laboratory at Augustana University, in South Dakota.

Kathleen Blue, a professor of anthropology at Minnesota State University, said on Wednesday that the young man would have likely eaten a diet of plants, deer, fish, turtles and freshwater mussels in a small area, rather than following mammals and bison as they migrate for miles.

“There’s probably not that many people at that time wandering around Minnesota 8,000 years ago, because, like I said, the glaciers have only retreated a few thousands years before that,” Dr. Blue said. “That period, we don’t know much about it.”

Minnesota has three other remains from that time period that have been studied, she said, adding that it is rare for Native American tribes in the state to allow the bones of their ancestors to be examined for archaeological purposes.

The F.B.I. anthropologist had examined a depression on the skull and determined that the man had sustained a severe head wound, which Sheriff Hable said was evidence of “blunt force trauma.” It’s unclear if that is how the young man died.

Dr. Blue noted that the edges of the wound appear smooth and rounded on the skull in pictures, indications that it had healed and not been his cause of death.

“It would have been something he actually survived,” Dr. Blue said. “Bone has an amazing ability to try to sort of fix itself after there’s been a traumatic injury.”

She said the skull might have drifted in the river for thousands of years, or been placed in a burial site close to the water and carried away over time.

On Wednesday, when the Renville County Sheriff’s Office posted a news release about the skull and pictures of it on Facebook, Sheriff Hable said, his office was contacted by various Native American groups in the state, including the Minnesota Indian Affairs Council. They informed the sheriff’s office that publishing photos of the skull was “very offensive to the Native American culture,” he said.

“Because there’s a chance that the bones belong to somebody with Native American heritage, we’re just going to honor their request,” Sheriff Hable said, adding that the post was taken down on Wednesday afternoon.

Dylan Goetsch, a cultural resources specialist with the Minnesota Indian Affairs Council, said in a statement on Thursday that the sheriff’s office “showed a complete lack of cultural sensitivity by their failure to reference the individual as being Native American, their treatment of the individual as a piece of history and their lack of tribal consultation.”

He added that the council had not been made aware of the discovery until seeing the Facebook post.

Dr. Blue said the skull was definitely from an ancestor of one of the tribes in the area today.

“The Minnesota Indian Affairs Council and other ones are very protective of any remains,” she said. “Usually there would not be any sort of invasive analysis and photos are not allowed.”

The Private Cemeteries Act in Minnesota states that it is a felony “to willfully disturb a burial ground.” If the sheriff had not sent the skull to the medical examiner’s office — believing that it may have been from a recent murder victim — the skull most likely would never have been analyzed by an anthropologist, Dr. Blue said.

The skull is expected to be returned to Native American tribes in the state, Sheriff Hable said.

Environmental circumstances played a role in the skull’s discovery. A severe drought overtook the state last year, with above-normal temperatures depleting rivers and exposing banks that are typically awash, according to a report from Minnesota’s Department of Natural Resources.

“In some parts of the state, the drought was as serious as anything experienced in over 40 years,” the report said, “though for most of the state it was the worst drought in 10 to 30 years.”

Sheriff Hable said that parts of the Minnesota River “were exposed that hadn’t been before” because of the drought.

“Of course, in a kayak, they’re right there, and they happened to spot it,” he said of the people who found the skull. The sheriff’s office did not release their names.

Similarly, a drought made worse by climate change in the Southwest had dropped the water levels in Nevada’s Lake Mead, exposing a metal barrel this month that contained the remains of a person killed about four decades ago, according to the Las Vegas Metropolitan Police Department.

Officials there had said that the water level drop could result in other bodies being found at the lake.

But Sheriff Hable said he didn’t expect more skulls, let alone one from a different millennium, to be unearthed in his area anytime soon. 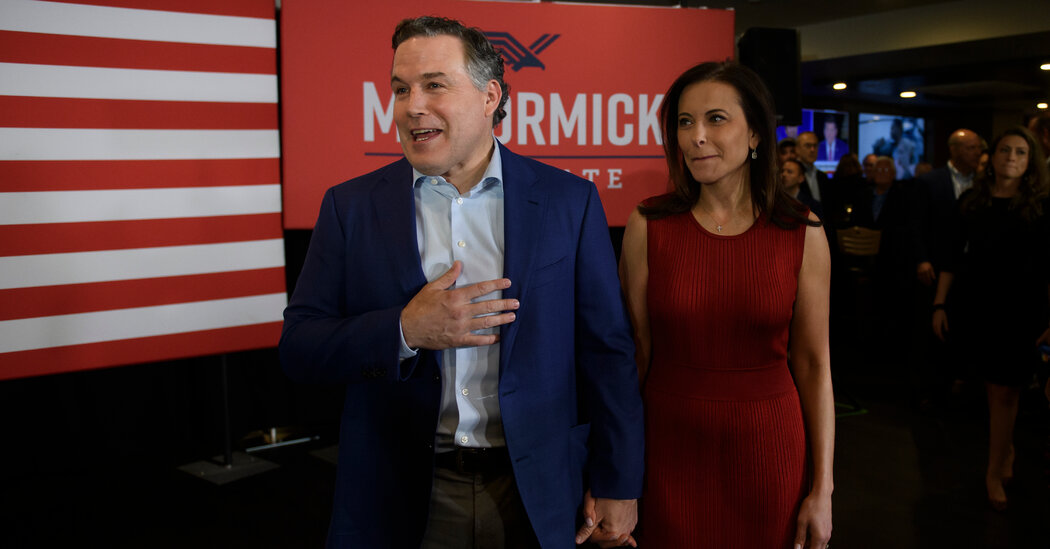 Pennsylvania’s G.O.P. Senate primary is officially headed to a recount.

Why New Jersey doesn’t let people pump their own gas