The latest Spider-Man actor, Tom Holland, is becoming increasingly popular thanks to his large array of roles in both superhero, drama, and comedy films. After providing a powerful and emotional performance as the web-slinger in No Way Home, many fans are looking forward to seeing if he will continue to outdo himself with Uncharted.

RELATED: Spider-Man’s No Way Home & 9 Other Movies Best Watched As A Shared Experience

Not only does it appear to be as action-packed as the MCU movies, but his fans are also intrigued to see how he would portray Nathan Drake (especially since he is a beloved gaming character). But how did he prepare himself role? Strangely, it appears that Holland didn’t have to do much if fans take an extensive look into his background and discover all of the skills and interests he took while growing up. In fact, there are quite a few interesting things to happen in Holland’s life that might actually surprise some fans.

Updated on January 17th, 2022, by Kayleigh Banks: With Tom Holland and the MCU producers not completely confirming if the actor has left the iconic franchise or not, the world has taken great interest in the English actor’s life. Since everyone has spent the last five years watching him grow and develop as an actor, many fans are curious as to what Holland will get up to next or if he will take up another role that will be just as defining.

As he has just announced that he will be playing Fred Astaire in a biopic, Holland’s followers are confident that he will make this movie a success as he has an array of performative skills he could apply. Hopefully, he will manage to walk away from that set with no injuries since he does have a pattern of breaking his nose (and it’s quite frequently too).

How tall is Tom Holland? Unlike some of his fellow superheroes actors, Holland isn’t over 6 feet tall. According to the Independent, Holland is around 173cm tall (which is about 5ft 8′).

Just for comparison, Spider-Man isn’t that much taller in the comics, as he’s said to be 5ft 10′. However, this comic book inaccuracy isn’t something the fans are bothered by since the movies have diverted away from the source material numerous times and Holland has done a great job in developing his MCU character.

He Has An Artistic Family

Tom Holland’s fans will probably know that he comes from an artistic family (as Ethnicity of Celebs mentions). His mother, Nicola Frost, is a successful photographer, and his father, Dominic Holland, is an established stand-up comedian and a writer.

As for Holland’s siblings, his younger brother, Harry, directs short movies. Holland has also revealed that Harry did have a cameo in No Way Home but was cut in the final take (via Digital Spy).

He Auditioned For Spider-Man Everywhere

Getting his breakthrough role of Spider-Man took Tom Holland a lot of time and a lot of auditions. He told Wired (8:59) about how he ended up auditioning all over the world, more specifically in Ireland, Canada, Atlanta, Los Angeles.

The effort paid off, as everyone now knows, and Holland got the part – which he learned from Instagram first.

He Changes His Drinking Routine Depending On Location

The old stereotype is that all British people love tea and drink huge amounts of it. But Tom Holland told GQ that he changes what he drinks depending on where he is (0:39).

RELATED: 10 Sequels That Start Right After The First Movie Ends

He stated that when he’s in the United States, he drinks coffee, but when he’s home (in the UK), he drinks tea. Because, apparently, not drinking tea in the UK would be treason, as Holland put it.

In the MCU, Spider-Man is super strong and fast. However, that’s not the special power Tom Holland himself would like to have. His preference, as told to LADbible TV, would be to have the power of time (0:55).

But, as he stated, he’s not sure he’s responsible enough for it and would probably mess up everything. So as an alternative, Holland would like to be able to control water.

He Keeps Things From His Films

Some actors like to keep mementos of their work or items from the sets of the films they’re working on. Tom Holland is no exception to this.

He mentioned in a BBC Radio 1 interview, that he likes to take something out of every film set he works on (0:35). Because of this, he has helped himself to Spider-Man web-shooters and Tony Stark’s glasses but was unable to take a Spider-Man suit home because people would have noticed.

He Regrets That He Didn’t Continue Dancing

Before he became Spider-Man, Tom Holland’s first major role was playing the part of Billy Elliot in a London musical of the same name. When playing the part, Holland spent six hours every day dancing for three years but was unable to uphold the routine afterward.

RELATED: 10 Movies To Watch If You Liked Tom Holland’s Cherry

He shared in the same radio interview with BBC Radio 1 that he regrets he didn’t continue dancing and didn’t go to classes (2:31). Still, that didn’t stop Holland from appearing on Lip Sync Battle, which he won thanks to his performance of Rihanna’s song “Umbrella” (although he did almost use Brittany Spears “Oops I Did It Again” instead) Holland also shared that his favorite type of dancing is tap dancing.

His Attitude Toward Sports

As proven by his Instagram account, Tom Holland likes to play golf in his spare time. But that’s not the only sport Tom Holland has ever participated in.

Other than doing gymnastics, he also used to play rugby in school but gave it up because he was smaller than his classmates (as explained to W Magazine). He also confessed to playing soccer but stated he was no good at it.

Tom Holland has spoken multiple times about being bullied by his classmates when he was younger. Since Holland had an avid interest in ballet and dance, his classmates decided to mock him because of it.

“I had my rough patches,” Holland told People.com. “There were times I was bullied about dancing and stuff. But you couldn’t hit me hard enough to stop me from doing it.”

A lot of famous people give money to charities, but Tom Holland and his family took it one step further and set up their own charity. The charity is called The Brothers Trust (Holland has three younger brothers) and it supports multiple organizations.

The charity also organizes special events that give fans the option to meet Tom Holland or get a signed piece of memorabilia from him.

Tom Holland Is Interested In Playing A Young Bond

Since the MCU executives and producers are working hard to carve some space for another Spider-Man movie, it’s relatively unknown if Holland has departed the franchise for good. However, if he has, then this might give him the opportunity to explore other projects or dreams he may have.

Holland had recently admitted that he had pitched a James Bond origin story to Sony in the hopes that he would be able to be the British spy. However, while the plan didn’t exactly go forward, it did lead to a conversation about him playing Nathan Drake in the Uncharted movies (which is expected to come out in 2022).

While Holland has become an important mainstay of the MCU, some fans might not have realized that the actor had almost joined another successful franchise – Star Wars. Holland had revealed that he had initially auditioned for the role of Finn.

However, his audition didn’t go as well as he expected it to as he revealed he ended up laughing because someone began to imitate the droids’ noises. Although this didn’t pan out, many audiences will agree that Holland was a great addition to the MCU as his light-hearted personality and skills helped shape Peter Parker into the character he is today.

When he’s not filming movies or featuring in any other projects, Holland spends most of his watching soccer and supporting his favorite team, Tottenham Hotspur F.C. In several interviews with LADbible TV [02:21] and the club itself, fans would be able to see Holland discuss how he tried to recruit Kylian Mbappé for the team or could simply be seen interviewing star players, such as Son Heung-Min.

While some initially believed that he supported Arsenal F.C, he was quick to refute those claims in an interview with GQ [01:46] but hadn’t revealed the club at the time because he didn’t want to make anyone angry since they are huge rivals.

With a background in gymnastics and parkour running, Holland’s skills helped him to become one of the best and most authentic Spider-Men. However, there is a huge risk that comes with someone performing their own stunts: the injuries.

According to the Looper, Holland has broken his nose three times. The first was on the set of The Lost City of Z, where he was told that he had cracked it, and the second and third time was on the set of Chaos Walking. Luckily, it was easily fixed and there were no long-lasting effects.

Before he garnered international success as MCU’s friendly neighborhood Spider-Man, Holland was in plays on the West End stage. However, the one role that introduced him to Hollywood was The Impossible.

Featuring Ewan McGregor and Naomi Watts, The Impossible was a disaster movie that depicted the 2004 Indian Ocean Tsunami. Inspired by the real-life account of María Belón and her family. Holland was cast as Lucas and held a prominent role, helping to get his mother to safety while also looking for his brothers. It was certainly one of Holland’s more memorable appearances.

NEXT: 10 Action Adventure Games To Play To Get Excited About Tom Holland’s Uncharted Movie

Spider-Man: No Way Home Will Become 4th Biggest Movie At US Box Office

Kath Leroy is a writer at Screen Rant. She also publishes in a number of Czech magazines. She works as an actress and appeared in feature films, short films, as well as TV series. Kath has loved movies, TV, and literature ever since she was a child and her father first played Star Trek for her. Since she has a background in writing genre fiction and screenplays, Kath enjoys fantasy, sci-fi, and superhero films and shows above all – however, she likes to watch films of all genres. 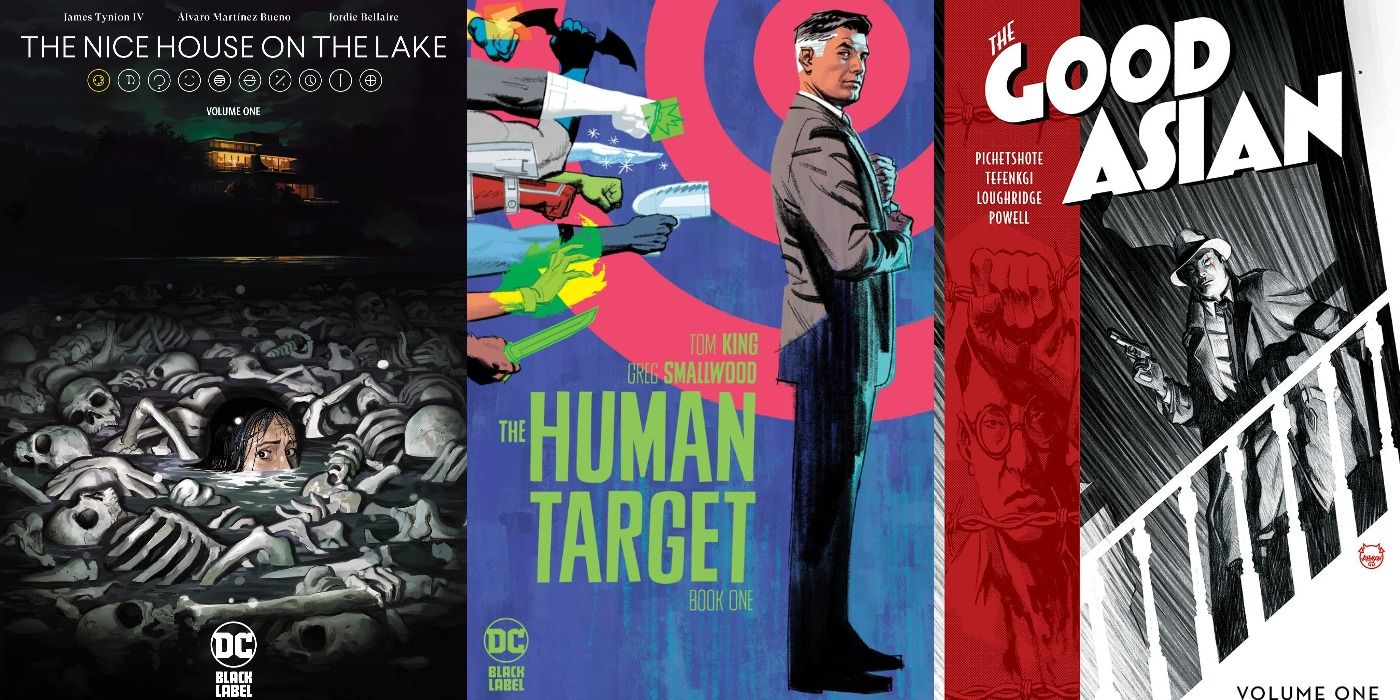 The 6 Best Non-Superhero Comic Books Of 2021 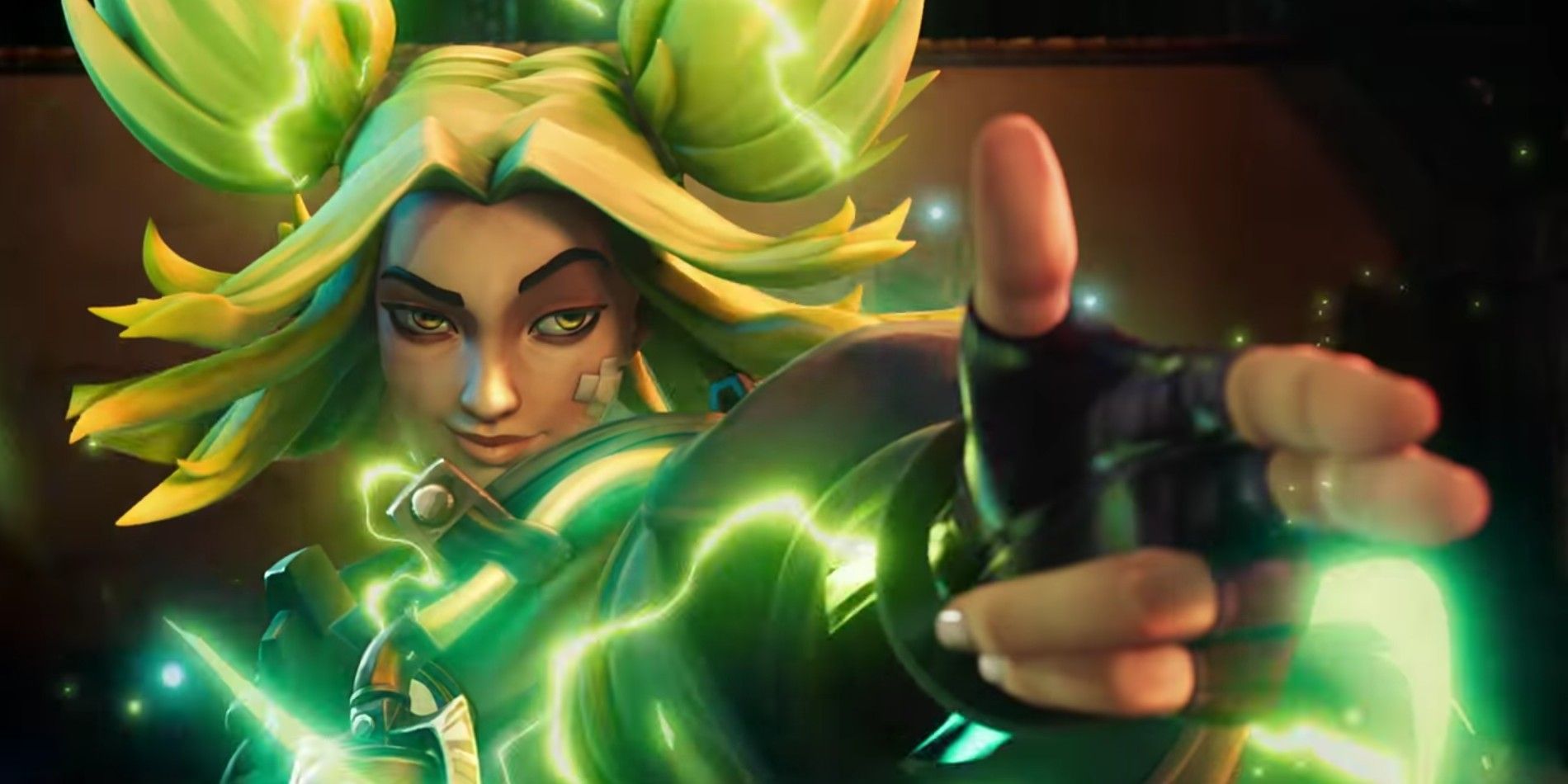 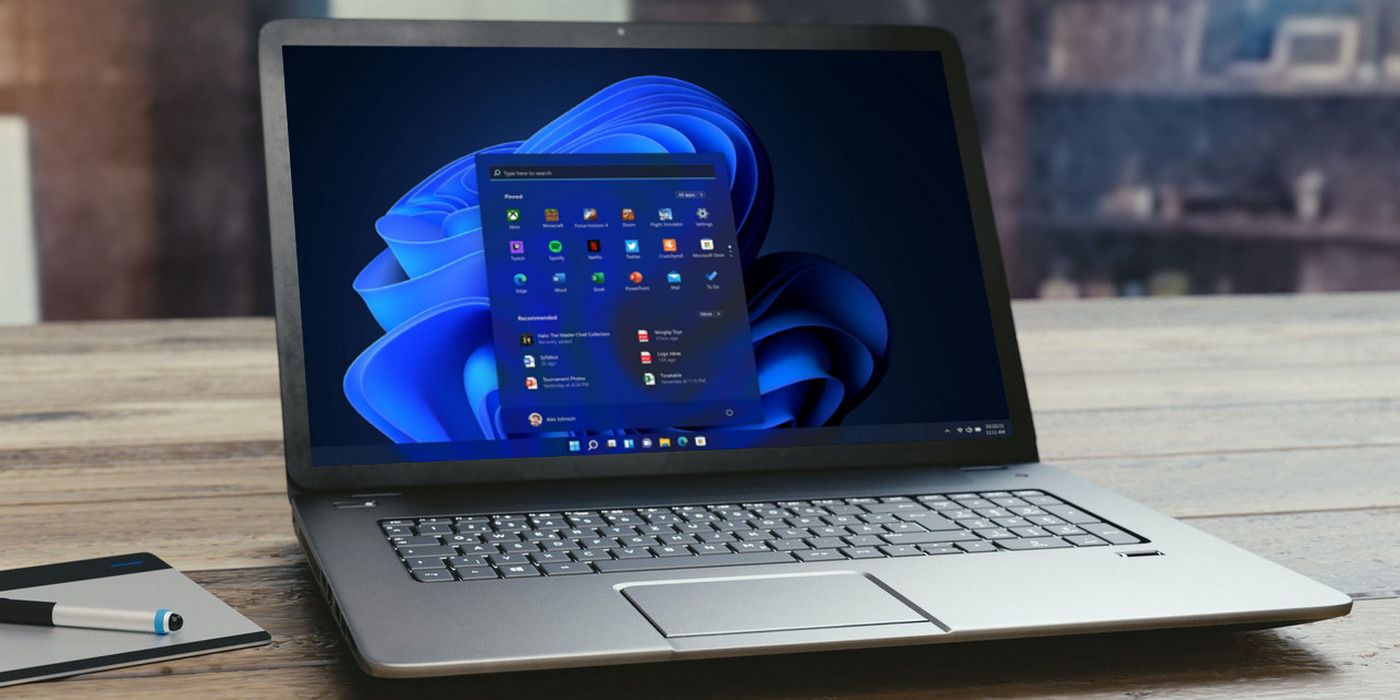 Windows 11 Will Warn You If Your PC Is Unsupported 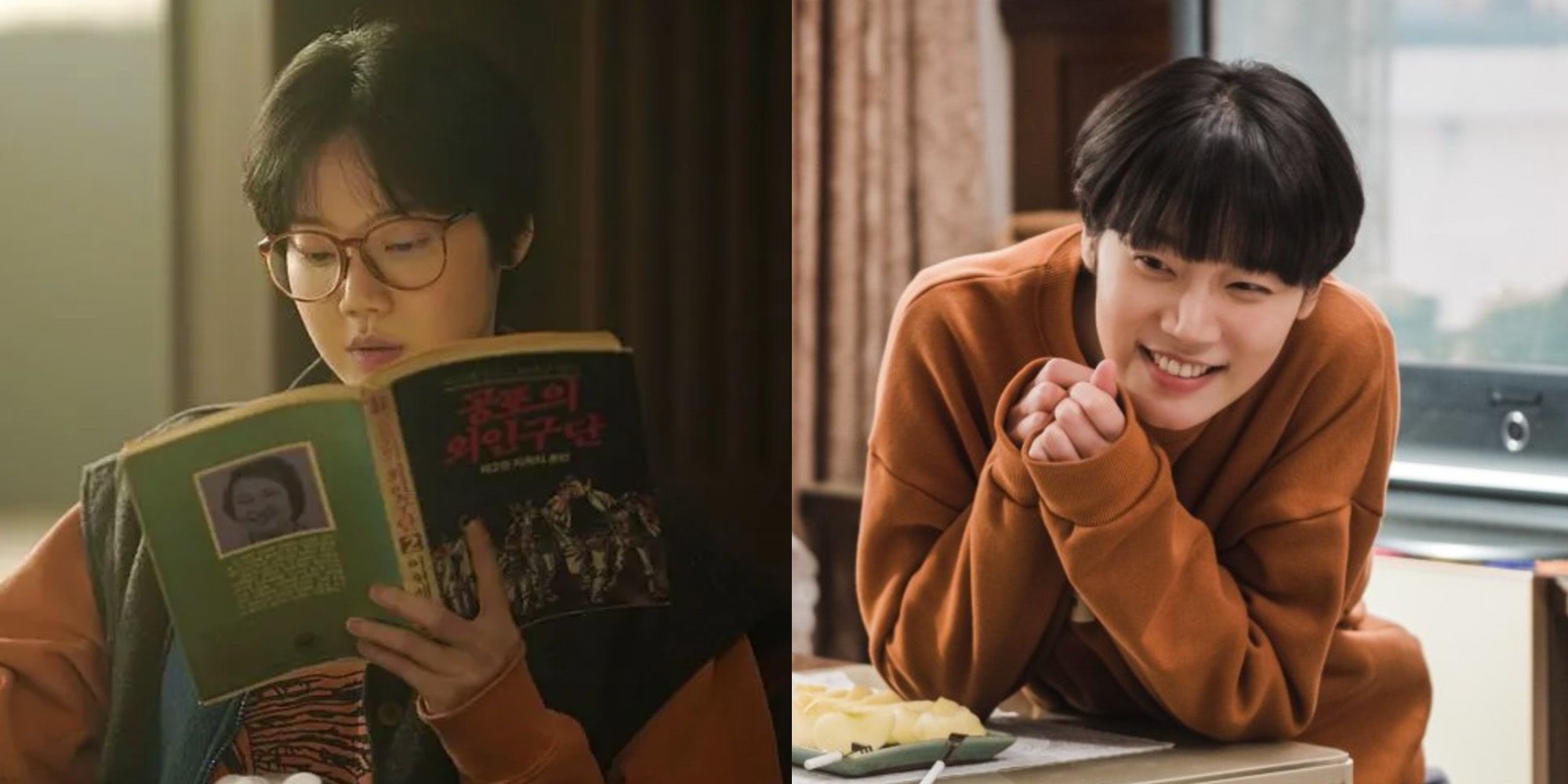 Minions 2: The Rise Of Gru: Release Date, Cast And Other Quick Things We Know