Over the course of seven books and eight movies—with the ongoing Fantastic Beasts and Where To Find Them series still adding to the lore—Harry Potter fans have seen their favorite characters intuitively pick up some spells while struggling to cast others—and they’re not alone in that struggle. Some spells are just harder to cast, plain and simple. They require more experience, more focus, more knowledge, or a particular frame of mind or particularly powerful emotion in order for their casting to succeed.

Schools like Hogwarts haven’t earned such prestige in the wizarding community for no reason; graduates are known for their mastery over many aspects of spellcasting, with the following being of particular importance.

Updated Jan. 14, 2022: While many of the things taught to students of Hogwarts School of Witchcraft and Wizardry require incredible spellcasting skill, there are plenty of tough incantations that go unmentioned. From Severus Snape’s sordid Sectumsempra spell to the various unforgivable curses frequently used by Voldemort and his Death Eaters, it’s important to remember some hard-to-cast spells about which many in the wizarding community would likely prefer to forget.

Though it doesn’t necessarily pertain to a specific incantation, non-verbal spellcasting is said to be incredibly difficult to master. This is a fact that came up several times in Harry Potter and was showcased brilliantly in the Fantastic Beasts series.

Non-verbal spellcasting gives the user a significant edge in battles, obviously, but it’s also more practical and safe when casting a spell in a location with muggles around. Yet, despite these advantages, most witches and wizards don’t bother mastering the technique, and that’s because of the extreme amount of focus required in order to do so. It isn’t a skill for everyone.

Obliviate is an extremely difficult spell to cast, and that’s probably for the best. Obliviate is a spell used when someone wants to remove a person’s memories, and, as such, it really shouldn’t be used lightly. However, it has been convenient in keeping muggles unaware of the magic all around them.

Obliviate requires the caster to know what memories need to be removed. It’s sort of like using a scalpel instead of a sword; the caster has to know what they’re aiming for. That’s the main reason why muggles don’t hear about people losing their memory all over the place.

It’s not technically a spell, but the Polyjuice Potion is worthy of mention because of its direct importance to the Harry Potter storyline. It was first mentioned in The Chamber of Secrets when Hermione brewed it, and it again appeared in The Goblet of Fire when Barty Crouch Jr. used it to assume Mad-eye Moody’s role at Hogwarts.

Said to be extremely difficult and time-consuming, the Polyjuice Potion is among the most advanced wizarding practices mentioned throughout the Harry Potter series. The devastating effects of implementing it incorrectly were also seen when Hermione accidentally turned herself into a cat.

The False Memory Charm is both similar and dissimilar to the Obliviate spell. While the latter removes memories, the former replaces unwanted memories with something else. Understandably, this is an extremely difficult spell to cast.

RELATED: The 10 Most Difficult Potions To Make In The Harry Potter Universe

There are only a few instances of this spell being used during the course of the novels. In one of those instances, it was performed by Hermione Granger in an attempt to protect her parents from dark wizards. Those familiar with Hermione’s spellcasting skill can get an idea of how much determination and drive this spell would have required.

The Undetectable Extension Charm is another difficult spell to cast. It’s also one that has been heavily regulated by the Ministry of Magic, which is telling. The charm does exactly what it sounds like; it expands the area within an object, but it does so in a way that won’t be picked up by most detection spells.

The shining example of this spell was done by Hermione Granger, where she put the spell on her purse in order to carry all of the supplies that she, Harry, and Ron would need on their quest. And a spell has got to be difficult when Hermione herself says it was a ‘tricky bit of work.’

When Harry comes to own a second-hand potions book, he discovers that it’s rife with wizarding tips and tricks, and the prior owner even invented some of their own spells. One of which was Sectumsempra, the use of which was said to be reserved “for enemies.”

Able to inflict numerous deep lacerations on an opponent’s body, Sectumsempra is extremely dangerous and not to be taken lightly. While the difficulty of the spell is never exactly specified, Snape’s incredible knowledge of curses indicates that its creation and use were and are not easy. Given the visceral nature of the spell, it’s also not for any faint-of-heart wizards.

Both Apparition and Disapparition are considered to be extremely difficult spells to successfully cast – at least, at first! In fact, there are special instructors that will come in and teach students the technique, and these specialists not only need to know how to teach it, but how to undo any damage done to the students when it is done wrong.

That is why both spells are forbidden to students underage, as the risk is simply too high. The hope is that older students will have enough discipline to use them safely. The difficulty of the spells is made clear when one realizes that many witches and wizards would simply prefer to travel by other means instead.

Occlumency and Legilimens are two sides of the same coin; one allows the user to defend their mind from outsiders, while the other allows them to read the mind of others. It is believed that, of the two, Occlumency is more difficult. That is likely due to the constant vigilance—to borrow a term from Moody—required, along with a variety of other challenges.

RELATED: 10 Harry Potter Quotes That Will Stick With Us Forever

Occlumency requires the user to completely clear themselves of all thoughts, and that is a trick that most of us wouldn’t be able to do. Harry certainly struggled with it, and he had some of the best incentives out there to try and make it work.

One of the three unforgivable curses deemed morally unacceptable for use by the wizarding community, the Cruciatus Curse allows the caster to inflict torment on a victim, but it requires incredible skill and virulent feelings of malcontent, something members of polite society aren’t often brimming with.

Voldemort and his gang of Death Eaters make frequent use of the curse to extract information from and punish their enemies. Harry even attempts to cast the spell on Bellatrix Lestrange in Harry Potter and the Order of the Phoenix, but he’s only able to knock her off of her feet with it.

Sirius Black may make this magic look easy, but he’s an experienced Animagus, and things aren’t nearly as stress-free for less-experienced spellcasters. The first time a witch or wizard hopes to cast the spell, they must go through an entire process.

The Animagus Spell combines potions and transfiguration, and the preparation is exceedingly complicated. Messing up at any one point will require the caster to start over—assuming that they didn’t damage or alter themselves in the process. That is the main reason why there are so very few Animagus out in the world.

5 The Creation of a Horcrux

By now, most Harry Potter fans are aware of the requirements for creating a Horcrux. Given all that wizards and witches are required to do in the process of making one, it’s undoubtedly one of the most macabre and strenuous spells to cast in the Harry Potter universe.

There are two major components to this spell. First, the caster must prepare the item that will eventually become the Horcrux. Then, they must split their soul and bind it to said object. Neither of these tasks is easy—nor should they be.

The Imperius Curse places the victim in a state of hypnosis, allowing them to be commanded to do nearly anything. It’s known to be a shockingly heartless and seriously difficult curse to pull off, but it was used liberally throughout the first and second Wizarding Wars.

Voldemort used it quite a bit during his initial rise to power, and many ex-Death Eaters tried to claim that they were under the influence of the spell after the fact. During the events of the Harry Potter novels, however, heroes like Harry and Minerva McGonnagal would use it on occasion.

The Patronus Charm is perhaps the most notorious difficult-to-cast spell in the wizarding world, and it’s certainly the first one to come to mind for most fans. The Patronus Charm requires the caster to hold on to a moment of pure happiness—as in, they must think of their happiest memory. This memory is what fuels the Patronus.

RELATED: 10 Unanswered Questions We Still Have About Patronuses In Harry Potter

It can be exceptionally difficult to come up with the right memory and hold onto it so tightly, especially if there are Dementors nearby, which is the main reason one would be required to cast such a spell.

The final spell is so difficult that, until the later parts of the Harry Potter series, the magical community had believed it to be impossible. Yes, wizards and witches can fly with a broom or other enchantment, but almost none can fly unaided.

Only one wizard has been able to create and reliably use a spell that grants the ability to fly. An explanation is never given, but Voldemort somehow mastered the art, and, since he’s the only one to do so, fans can imagine just how difficult this must have been.

The most maligned spell in wizarding history, the Killing Curse allows users to instantly take the lives of their victims. It’s a favorite of Lord Voldemort, a wizard so vile that he’s able to cast this unspeakable spell without a second thought.

The Killing Curse requires strong feelings of hatred to perform, and it takes a mastery of the dark arts to utilize correctly. It’s worth noting that Harry did not resort to using the spell during his final battle with Voldemort, instead opting to reflect the curse back at its caster by way of a different, more common spell.

Liz Wyatt, AKA Cat, is an avid reader of books and comics of all varieties. She’s known for being a bit on the quirky side, but that doesn’t diminish her passion in the least. As you may have guessed by her nickname, she is also a cat lover, though truthfully she loves most animals she has the opportunity to meet. Cat will take any and every opportunity to try a new book or comic series, and has an ever-growing TBR pile that she’d rather never know the actual count of. 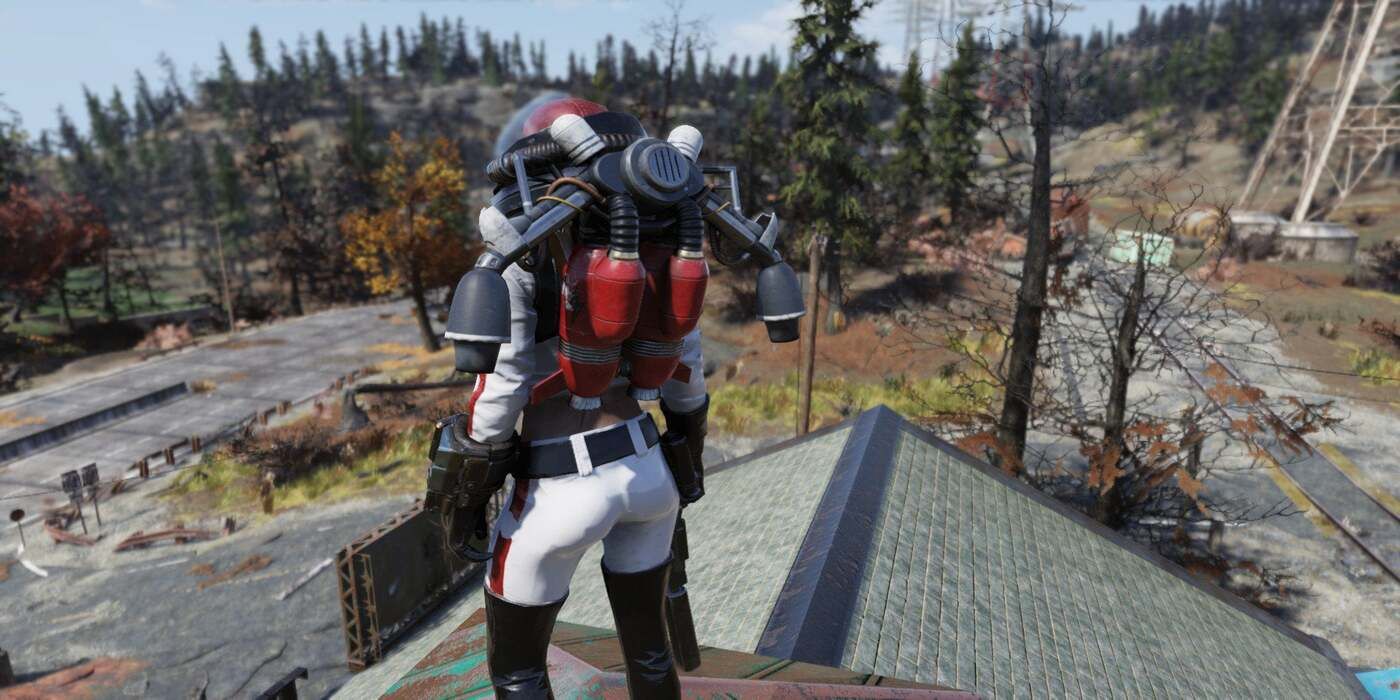 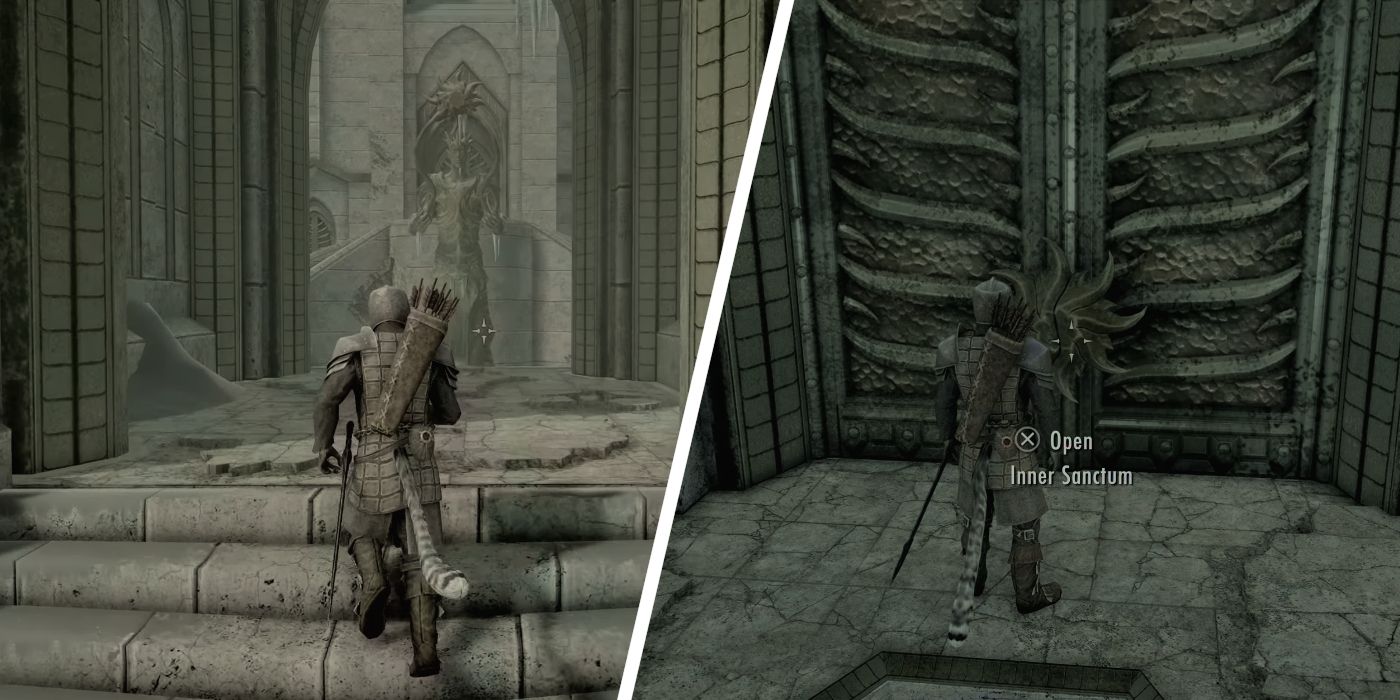 Skyrim: How To Enter The Inner Sanctum 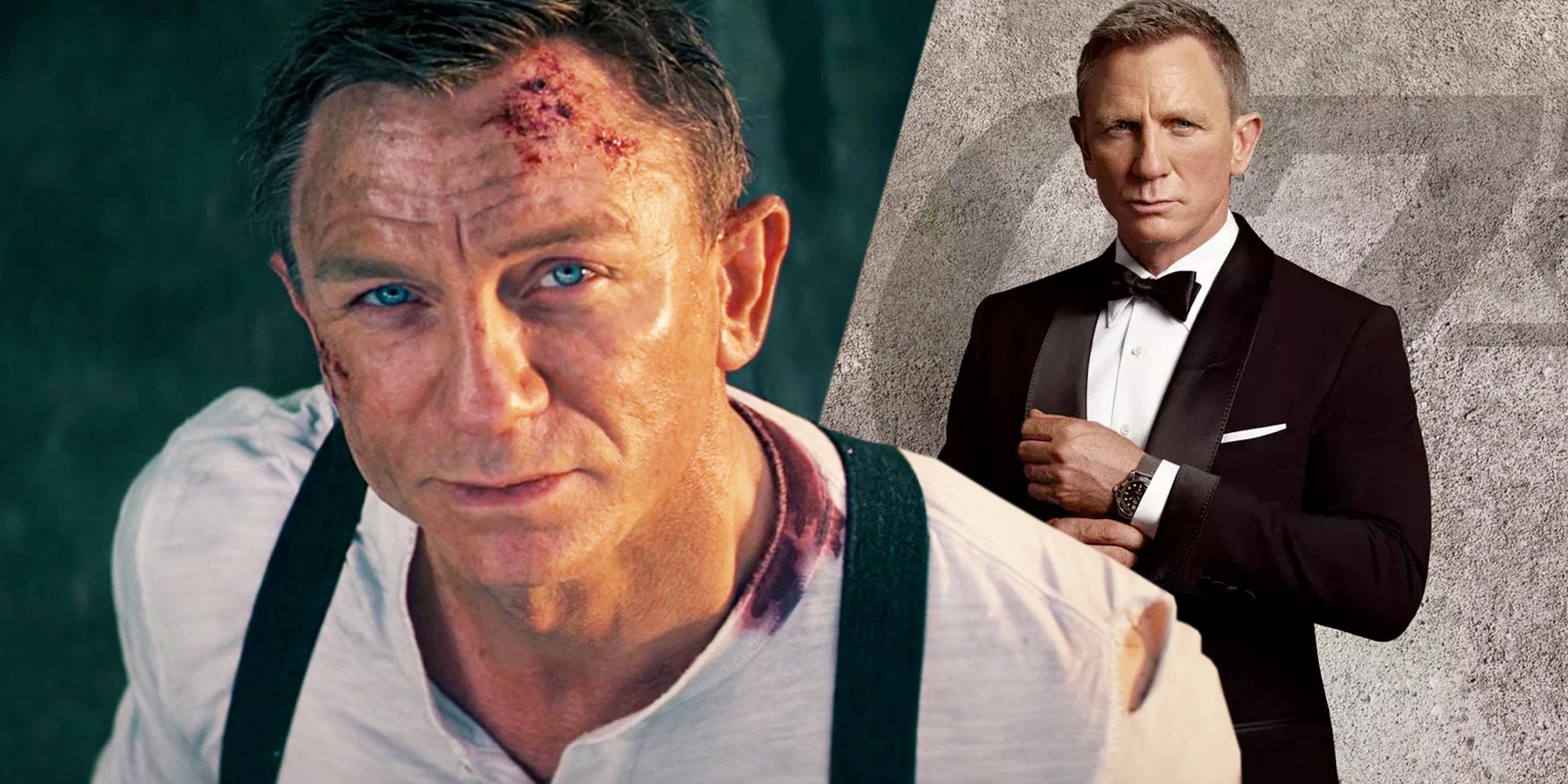 No Time to Die Alternate Endings Revealed By Director 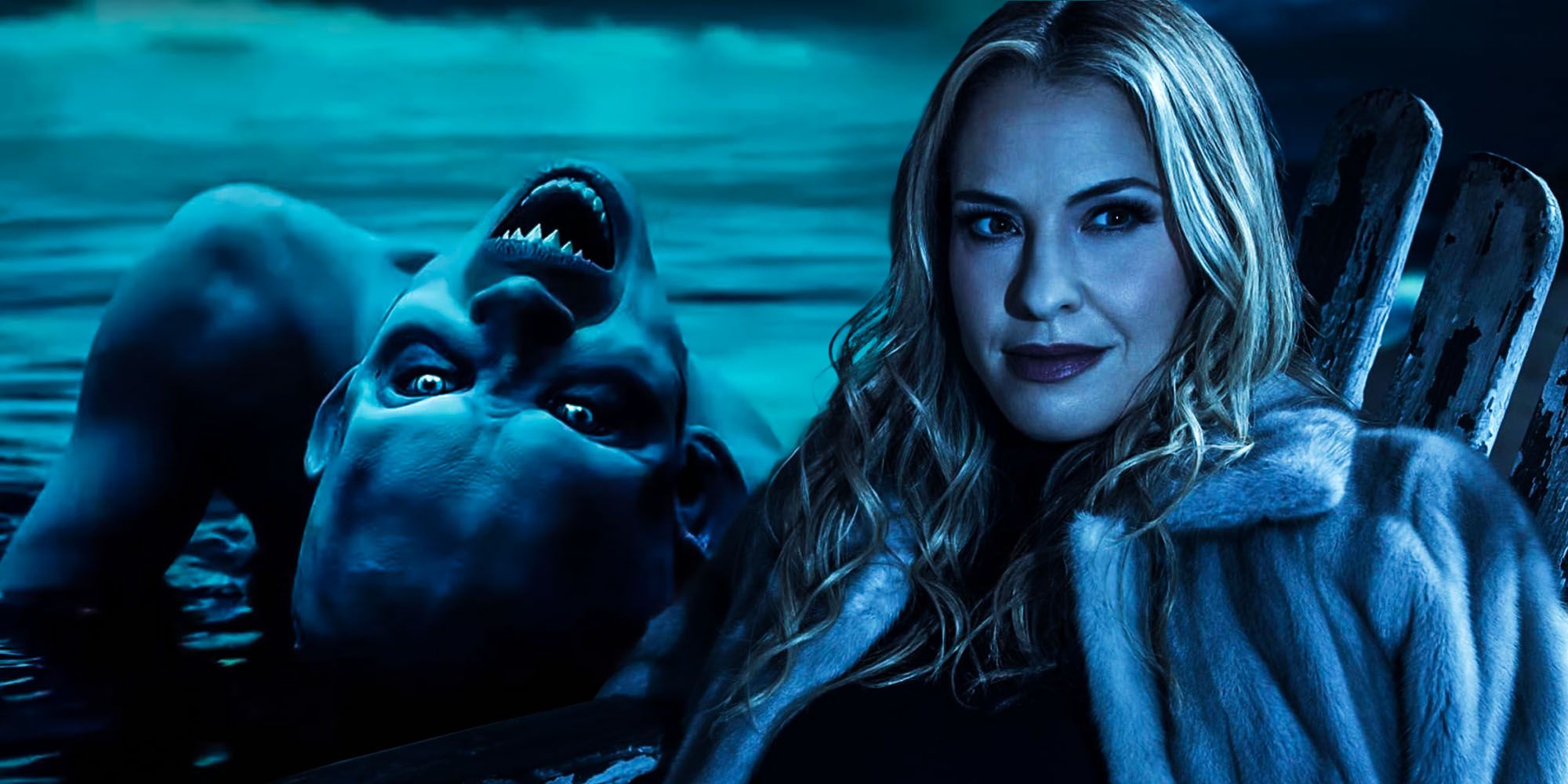