Showing them how it’s done! Kris Jenner and Corey Gamble‘s low-key romance has continued to grow since they first went public with their relationship.

In 2014, Jenner and Gamble sparked dating rumors after they met in Ibiza during a party thrown by Kim Kardashian‘s then-husband, Kanye West. Following the outing, the couple continued to be photographed spending time together.

Jenner and Gamble later took a major step in their relationship when he appeared on Keeping Up With the Kardashians in March 2015. Amid their growing connection, the momager revealed that she wasn’t planning to reach certain milestones with her man.

“You know, you never say never, but I often say it’s just not what I think I need to do again based on my past,” she explained of getting married on the “Divorce Sucks with Laura Wasser” podcast in September 2018. “I’m in a really great relationship right now, and I’m happy and I don’t want to mess that up.”

Jenner’s previous divorces made her not want to rush things with Gamble. “I don’t have the need to put on a long, white dress and walk down an aisle. I’ve done that,” she added. “I’ve had the big wedding, I’ve had the babies and the kids — six of them, by the way. It’s not like we need to do that again. My body wouldn’t cooperate if I wanted it to. I think that I just feel really grateful and blessed for my past experiences, and I’m looking forward to my future and I just don’t think that I want to go there.”

The Hulu personality was previously married to the late Robert Kardashian from 1978 to 1991. The former couple had four children — Kourtney Kardashian, Kim, Khloé Kardashian and Rob Kardashian — ahead of their divorce. Kris later tied the knot with Caitlyn Jenner in 1991. After welcoming Kendall Jenner and Kylie Jenner together, the duo announced their separation in 2014.

Before finalizing their divorce, the former athlete publicly came out as transgender in 2015. However, the I Am Cait alum noted that her gender identity wasn’t the reason for her split from Kris.

“After 23 years, Kris and I went our separate directions. My identity it was not a big part of us separating,” Caitlyn detailed during an episode of Rob Lowe‘s “Literally!” podcast in September 2020. “There [were] so many other bigger issues out there.”

After many ups and downs, Kris and Caitlyn eventually got to a better place in their relationship. “We’re fine. We’re friends, I see her when she’s at a family thing,” she said during The Kardashians: An ABC News Special in April 2022. “It’s, you know, settled down a lot.”

Scroll down to relive Kris and Gamble’s romance: 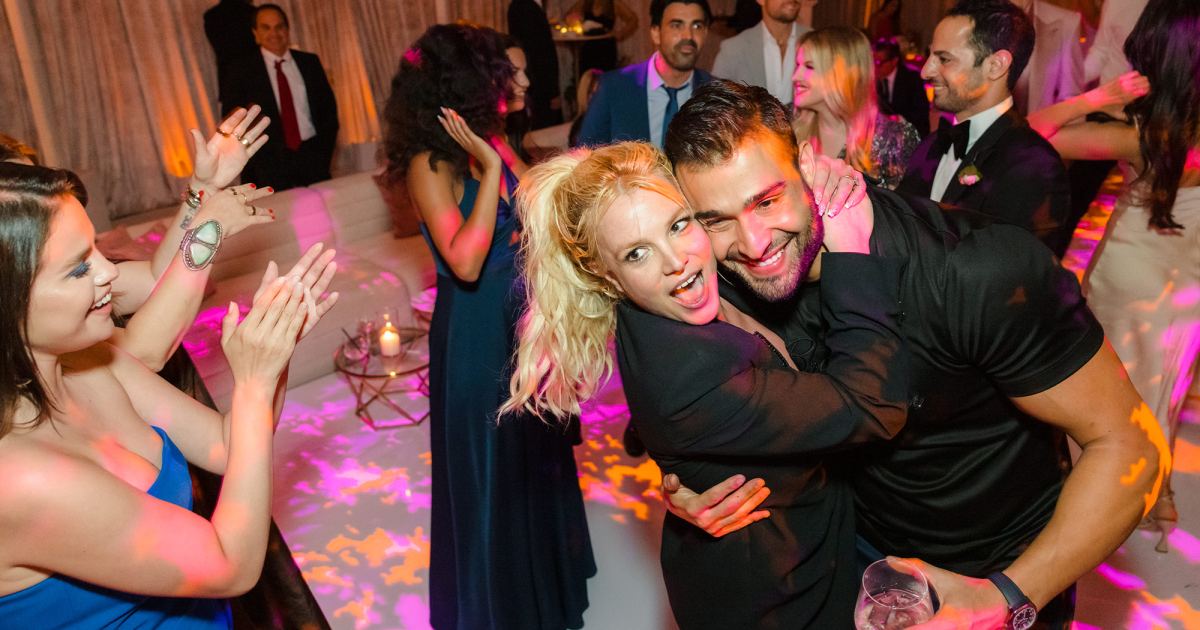 Britney’s Family Didn’t Attend Sam Asghari Wedding — But Who Did?

No Plan! Nick Cannon Laughs Off Andy Cohen’s Questions About a Vasectomy

Halle Berry, Busy Phillips and More Stars Who Win at Elf on the Shelf