SEOUL — Eager to enact legislation authorizing emergency assistance for Ukraine without delay, President Biden has directed an aide to fly to South Korea with the physical copy of the measure so he can sign it during his five-day trip to Asia, two administration officials said on Saturday.

The aide, carrying the $40 billion bill passed by Congress this week, was taking a commercial flight to Seoul, where Mr. Biden is in talks with his South Korean counterpart. Aides said the president would put pen to paper shortly after its arrival. Mr. Biden is expected to fly to Japan on Sunday.

The expediency of flying bills to presidents while they are out of town has a long history, especially for chief executives who spent extended stretches at private estates or ranches. President George W. Bush took it the other direction in 2005 when he broke away from a Texas vacation to fly back to Washington solely to be in place to sign a bill meant to keep a comatose Florida woman alive despite her husband’s wishes. Mr. Bush did not want to take the chance that she would die during the few hours it would take to fly it to him.

President Barack Obama dispensed with the tradition in 2011 when he was in France for an international summit meeting and ordered the use of an autopen back in Washington to affix his signature to a bill extending the Patriot Act with less than 15 minutes until the national security law would have expired. The extension had passed Congress so late that there was not enough time to fly it to France.

Critics complained that using a machine was unconstitutional, but it was not tested in court. Mr. Obama used the autopen again later that year while in Indonesia and again in 2013 while in Hawaii to sign a bill that averted a fiscal crisis.

Mr. Biden has not adopted his onetime partner’s use of the machine, however, turning instead to the old-fashioned method of rushing legislation to a traveling president.

Who wants to be a billionaire? 6 in 10 Americans strive to be mega-wealthy, report finds 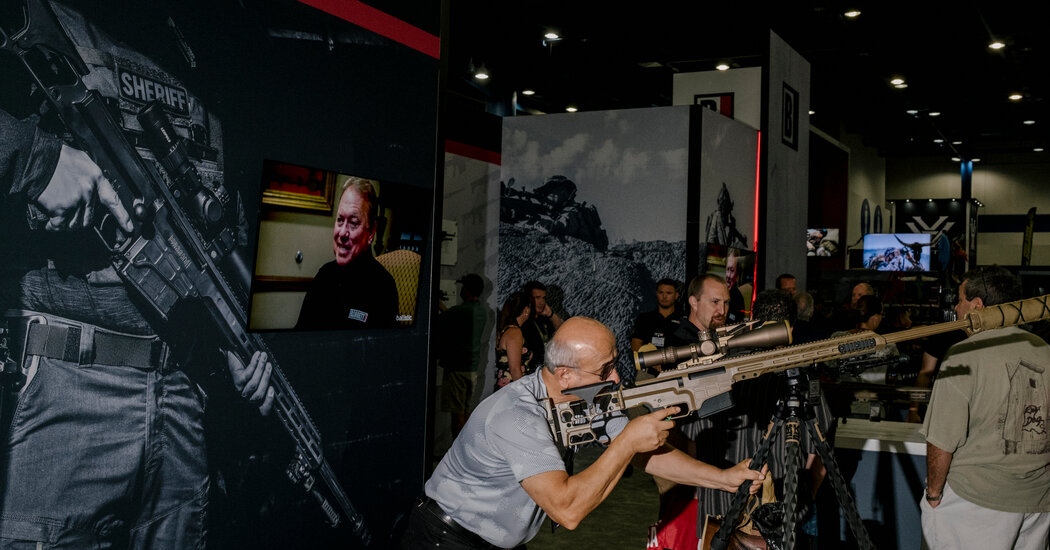 At N.R.A. Convention, the Blame Is on ‘Evil,’ Not Guns

Mortgage refinance demand surged 6%, as rates dropped to the lowest level since September

Omicron boosters are weaker against BQ.1.1 subvariant that is rising in U.S., study finds