Anthony Gordon is casting his mind back to June of last year, when he fulfilled a childhood dream by making his first Premier League start for Everton in the Merseyside derby at Goodison Park.

“It did mean a lot,” says the 20-year-old, “but I was disappointed because I didn’t really touch the ball. I had dreams of scoring and doing a lot in the game, so hopefully I’ll be able to put that right next time and make a real impact on the game.”

It is typical of Gordon, an Everton player since the age of 11, that he sees the occasion differently to how you might expect. The winger is proud to represent the club he loves but his fierce ambition cuts through the emotion of it all in conversation with Sky Sports.

“It means everything to me and my family because I’m a local lad,” he adds. “This is my city, it’s where I was born. I was brought up here, watching Everton and dreaming of doing what I’m doing now, so to finally be doing it, it couldn’t be much better.

“But it’s up to me now to be consistent and stay in the team. There have been a lot of players who have got to this point but then dipped off or fallen off, and I don’t plan on doing that.

“I plan on being consistent and staying here.”

Gordon, speaking over Zoom from Everton’s Finch Farm training ground, hopes to get another chance in the Merseyside derby when Liverpool visit Goodison Park next week. But before that he is eyeing a third consecutive Premier League start at Brentford on Sunday.

Gordon’s energetic displays have been one of few positives for Everton during their recent winless run. The academy graduate endured a frustrating campaign last season following his breakthrough in 2019/20 but he is seizing his chance this time around.

Rafael Benitez said earlier this month he believes Gordon will be an “important player for Everton in the future” and the youngster, who was described by Carlo Ancelotti in similar terms, is enjoying the former Liverpool manager’s close attention.

“Rafa is just obsessed with football,” he says. “He’s relentless with trying to improve you and coach you new things. Carlo Ancelotti was a bit more relaxed. He was very good at managing personalities. The difference for me is that obsession Rafa has with improving players.

“I see myself as similar,” he adds. “I’m relentless and consistent every single day in terms of trying to improve myself and coming in and working hard, so his style of coaching really suits me.”

That work ethic has certainly been apparent on the pitch recently.

According to Opta, Gordon is winning more tackles, making more sprints, registering more pressures and contesting more duels than any other Everton player in the Premier League.

“I enjoy that side of the game,” he says. “I’m not going to say I like it more than the attacking side but I am enjoying it because I’m getting better at it and I can see myself continuously improving.”

Building his stamina has been an area of focus under Benitez and it is paying off.

The Spaniard felt Gordon couldn’t complete 90 minutes earlier this season but he has done just that in each of the last two games, against Tottenham and Manchester City. His frame has filled out.

“I was a really late developer, physically,” he explains. “I only started growing about three years ago, when I was 17. I was always really skinny and small.

There have been a lot of players who have got to this point but then dipped off or fallen off, and I don’t plan on doing that

“I’ve had a growth spurt now but it happened quite late. Since then, it’s just been about me putting in the work, day in, day out, and just steadily improving my stamina. I’m lasting 90 minutes now and hopefully I can continue to do so.”

While he has had to play catch-up with some of his peers on a physical level, his technical ability has always stood out. Gordon is regarded as one of the club’s most exciting academy graduates in years. The next step, he says, is to start contributing more offensively.

“For me, it’s all about end-product, goals and assists, because that’s what separates top players from the rest. You see we’ve got Demarai [Gray] and Andros [Townsend] and they’re amazing at that.

“They’ve contributed this season with a lot of assists and a lot of goals and, for me, that’s what the best wingers do, so that’s what I hope to improve on and get to.”

Gordon is still waiting for his first senior goal. He hoped he might get it after accepting a loan move to Preston North End in the Championship in January of last season, but Alex Neil’s departure as manager a few weeks later impacted his playing time.

“I don’t think the change of manager helped,” he admits. But he insists his time at Deepdale did nonetheless.

“I had to find a bit of peace within myself because the new manager changed formation and played without wingers, so I knew I wasn’t going to play. But I think, in terms of me maturing as a person and a player, on and off the pitch, everything just came together.

“I’ve learned a lot of things over the past year and the loan spell really helped me with that. I just feel like things have come together for me. I feel much stronger and in a better place.”

So much so, in fact, that once he returned to Everton in the summer, he rejected the opportunity to go out on loan for a second time, instead backing himself to break into Benitez’s team.

“That was my decision,” he says. “I had a lot of great offers from very good teams but I just felt, with where I was mentally in pre-season and how I was training, that I could be of use here.”

He has certainly been vindicated recently and his progress was rewarded with a first call-up to England’s U21s earlier this month.

Rafa is just obsessed with football. He’s relentless with trying to improve you and coach you new things

He marked his debut with two goals in the space of seven minutes as the Young Lions secured a 3-1 win over Czech Republic.

Gordon is indebted to manager Lee Carsley, who made nearly 200 appearances for Everton during his playing career and retains strong ties with the club, for giving him his chance.

“I love Lee,” says Gordon. “He’s a really good person and a good coach. He’s another one, similar to Rafa, who really wants to coach and improve his players and make sure everyone is getting better.

“I’ve got a really good relationship with him, I really enjoy playing for him and it was a really good week. It was my first call-up and I felt like I’d been waiting for it. I felt I was ready.

“After Lee called me and told me I’d been called up, it was about getting my mind on going. I knew a lot of the lads already, so it was really easy for me to settle into the group. I know what I can do, I believe in myself, and I was delighted with the debut.”

And so to the Brentford Community Stadium on Sunday – albeit with one eye on next week’s visit of Liverpool, a fixture which allows him to measure the strides he has taken in the 18 months since his first Premier League start against the same opponent.

“I think I’ve improved in everything,” he says. “I work much harder, I’m much more trustworthy for my managers, I’m stronger and physically able to play at this level, and then there’s the on-the-ball stuff too. I’m a much better decision-maker than I was then.

“It’s just been about maturing as a player. Hopefully I can be consistent with my performances, stay in the team, and help us start picking up some better results. That’s my goal.”

You suspect Anthony Gordon won’t rest until he has achieved it. 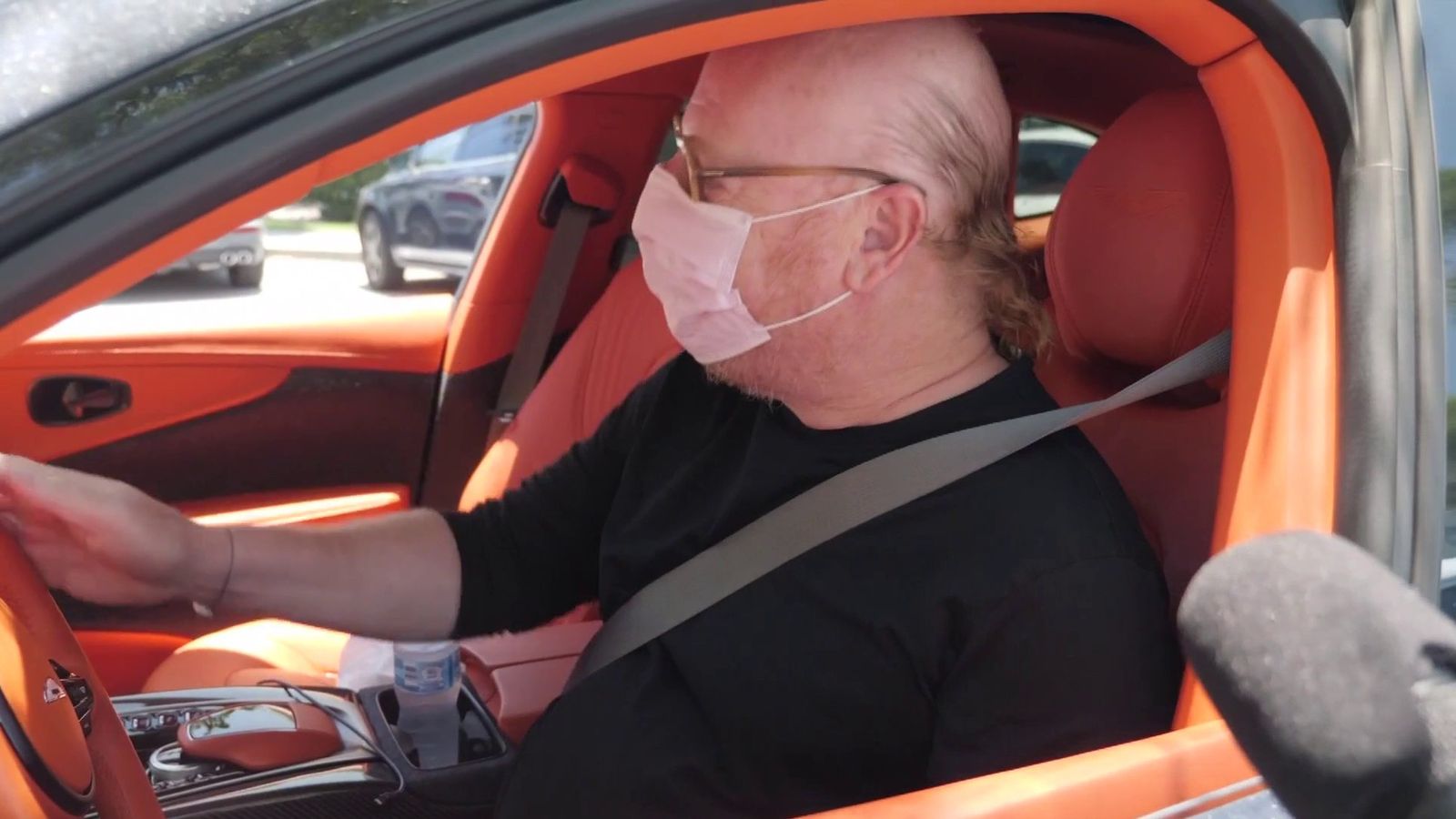 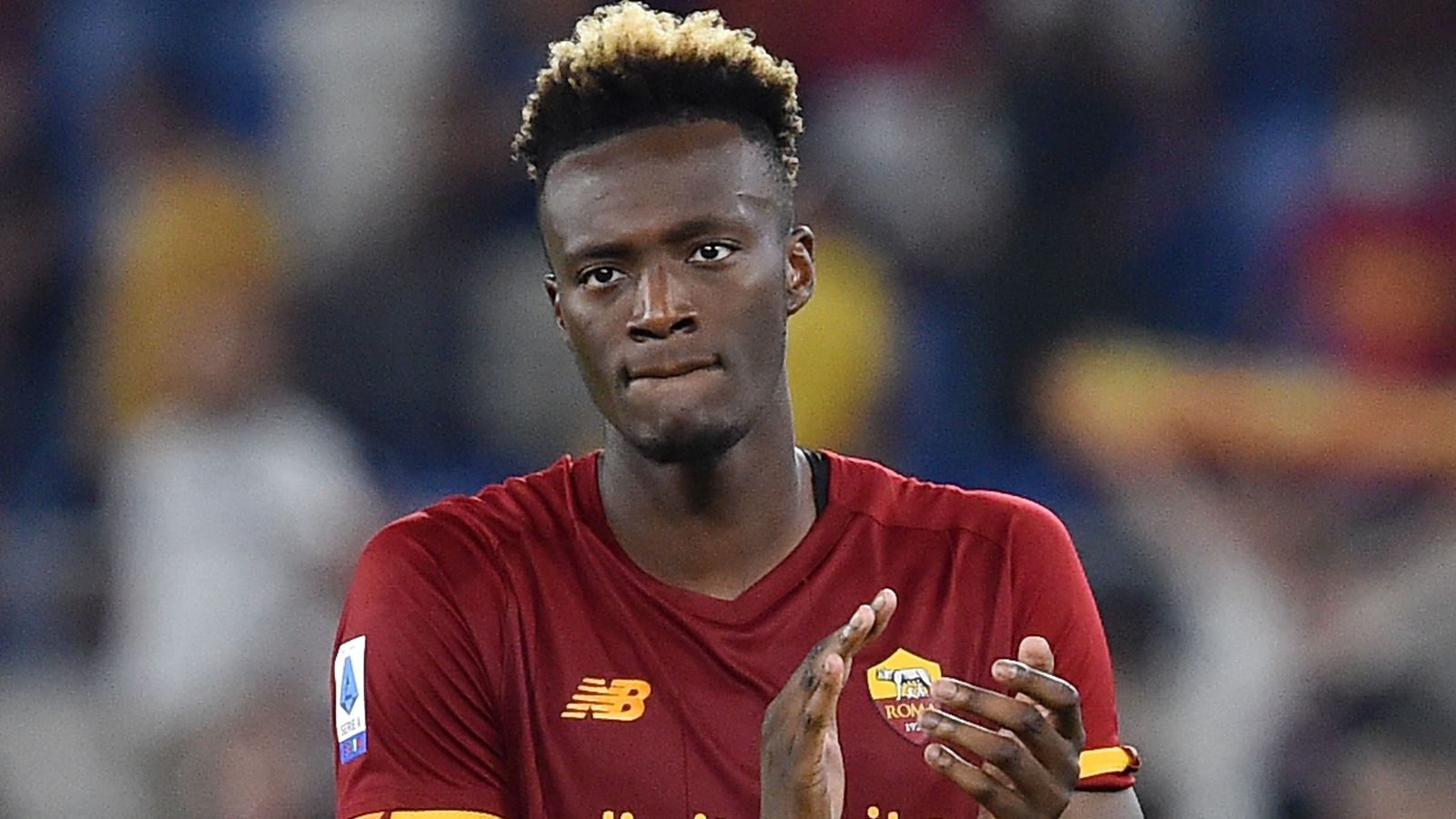 Marcus Rashford: Police continue to look into defacing of mural but content not of ‘racial nature’ Rangers: Jermain Defoe to be used as player only by Scottish Premiership champions