An early celebration. Kourtney Kardashian and Travis Barker are loving their pre-wedding festivities in Portofino, Italy, including a pre-wedding lunch on Saturday, May 21.

“Kourtney and Travis are having an amazing time in this beautiful place spending time with friends and family,” an insider exclusively tells Us Weekly.

The lovebirds, who legally married in a small California courthouse ceremony on May 15, are soaking up the rare time with nearly all of their family members in one place. The source added, “It’s already been magical.”

The Kardashian-Jenner clan arrived in Europe on Friday, May 20, and they all went out to dinner at Ristorante Puny ahead of Kourtney and Travis’ wedding day. Kim Kardashian, Khloé Kardashian, Kylie Jenner, Kendall Jenner and mom Kris Jenner were among the attendees, and all were clad in Dolce & Gabbana outfits.

“The family has been spending the days at the home of Domenico Dolce and Stefano Gabbana,” the source adds. “The designers own several large homes in the seaside town of Portofino.”

The bride, 43, rocked another D&G design on Saturday for her gothic pre-wedding lunch, donning a black mini dress with a matching veil. The black headdress featured a bright blue trim, matching the embellishment on Kourtney’s stomach. The Blink-182 drummer, who proposed to his love on their one-year anniversary in October 2021, also rocked all dark colors.

The lunch was held in a what appeared to be a historic stone building with beautiful arched windows. Both Khloé and Kylie shared photos of the table settings, which seems to feature Dolce & Gabbana’s Blu Mediterraneo print on the table cloths and napkins. The centerpieces featured lemons and white flowers.

Landon Barker, 18, and Alabama Barker, 16, who Travis shares with ex-wife Shanna Moakler, are also in Italy for their dad’s wedding weekend. Landon shared photos via Instagram from the lunch along with sister Atiana De La Hoya, who Moakler shares with ex Oscar De La Hoya. Landon appeared to be wearing black leather pants while Atiana donned a while corset top with black trim.

Kylie, 24, brought in some color with her Dolce and Gabbana look, which featured a bright red flower print on a beige dress, while many of the younger kids, including Kylie’s daughter Stormi, wore white.

Kourtney’s children, Mason, 12, Penelope, 9, and Reign, 7, also attended. Their father, Scott Disick, was not at the pre-wedding festivities, and he isn’t expected to attend any events surrounding his ex’s nuptials.

“Scott [Disick] won’t be at the wedding,” an insider exclusively told Us of the Talentless cofounder on Friday.

Scroll down to see the stylish looks from the Kardashian-Jenner-Barker clan at Kourtney and Travis’ pre-wedding lunch:

Who Is Selling Sunset’s Nicole Young? What to Know Before Season 6 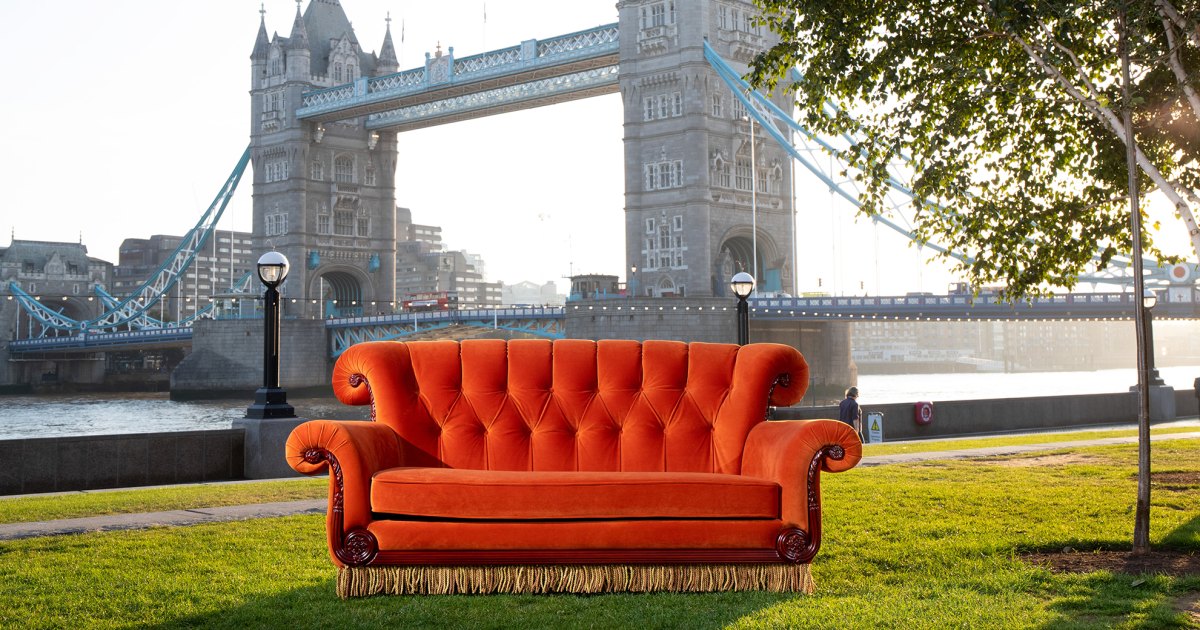 15 Throwback Halloween Finds That Are So ’90s, You Could See Them in ‘Friends’