The statewide primary election is fast approaching, when Californians will make their first picks for governor, senator, attorney general and more.

And, depending on where you live, the June 7 vote may also be a defining moment for your city or neighborhood, as a number of local races are also on the ballot.

Oakland residents, for example, will choose whether to extend a tax to prevent cuts at public libraries. Santa Cruz voters must decide if mayors should serve four-year terms, instead of the current one-year model. My ballot in Los Angeles includes several high-stakes races, including for mayor, city councilperson and county supervisor.

Election Day isn’t officially until next month, but since every registered voter received a mail-in ballot this year, many Californians have already begun voting. Some counties will also allow in-person voting as early as 10 days before the election.

Local contests are, of course, local, but can reveal where California is headed, as voters align themselves with candidates’ views on housing, homelessness, crime and other key issues. Today I’ll walk you through three local races we’ll be watching closely.

Chesa Boudin was elected to be San Francisco’s top prosecutor in 2019, his victory part of a wave of support for progressive prosecutors and criminal justice reforms.

But Boudin has faced sharp pushback from conservative activists, who say that he hasn’t taken a hard enough line on crime and that he has made San Francisco less safe. Boudin’s opponents last year gathered enough signatures to force a recall election next month.

The race will serve as a test of how far liberal prosecutors can go in changing the justice system at a time of rising concerns about crime. The state’s sitting attorney general, Rob Bonta, a Democrat, is also fighting to keep his seat, as challengers say he’s too soft on crime.

Boudin’s fate could also have an impact in Los Angeles, where a similar effort is underway to recall George Gascón, the progressive L.A. County district attorney, though it has not yet made the ballot.

Read a Q. and A. with Boudin published by The New York Times Magazine.

San Jose is the third largest city in California, and its voters will soon pick their next leader.

The current mayor, Sam Liccardo, terms out at the end of the year, so several politicians, a former police sergeant and a 21-year-old San Jose State University student have thrown their hats in the ring. It’s quickly becoming the most expensive race in city history.

Though June is technically a primary election, if a single candidate wins more than 50 percent of votes, that person would become San Jose’s next mayor. Only if no candidate meets that threshold would the top two vote-getters proceed to a runoff in November.

Whom San Joseans choose will offer a glimpse into how Californians want to tackle the state’s most contentious issues.

One mayoral candidate supports sanctioned homeless encampments, while another wants to crack down on them. Some contenders are backed by labor unions, others by business groups. Those running are split on a number of proposals: whether to allow noncitizens to vote in local elections, whether to require gun owners to carry liability insurance and whether to hire more police officers.

Read more about the candidates in San Jose Spotlight.

One in four Californians live in Los Angeles County, and its sheriff’s department is the largest in the nation. The sheriff provides police services for dozens of cities in the county and operates county jails.

The current sheriff, Alex Villanueva, was first elected to office in 2018 and is running to keep his seat after a first term plagued by controversies. (He has rehired deputies who had been fired for misconduct, an oversight panel is investigating his department for gangs, and he recently opened a widely criticized inquiry into a Los Angeles Times reporter.) Villanueva faces a crowded field with eight challengers.

When vying for his first term, Villanueva courted progressives and rode a wave of anti-Trump sentiment into office. But this time around, he has shifted to the right in an effort to capitalize on concerns about crime and draw votes from more conservative-leaning Angelenos.

As in the San Jose mayor’s race, if any candidate gets more than half of the votes in June, we’ll have picked Los Angeles County’s next sheriff. If no candidate reaches 50 percent, then the two with the most votes will face off in November.

“Alamere Falls in Marin County is a wonderful hike along a cliff overlooking the ocean which leads through a forest where you traverse around two small lakes (Bass Lake and Pelican Lake) and then to a waterfall on the beach! Truly no hike like it.”

Tell us about your favorite places to visit in California. Email your suggestions to CAtoday@nytimes.com. We’ll be sharing more in upcoming editions of the newsletter.

When Angelica Glass decided to walk every street in Santa Cruz County, she had no idea it would change how she experienced life.

But after walking 4,121 streets in six years, she uncovered stories about her past that had been buried in her mind, The Los Angeles Times reports. And, to her surprise, she found new beauty all around her.

On her walks, she found affable men in garages making things. One crafted woodworking tools, another was in the early stages of carving a violin. All were eager to chat about their projects.

She met a woman who had just sold her first painting, and another who watered her lawn with a blue-headed parrot on her shoulder.

These moments, which Glass calls “micro-friendships,” made her eager to lace up her walking shoes every day.

“I’d never experienced that before, being excited to wake up in the morning,” she told The Times.

“The only feeling I can compare it to was being in love. I fell hopelessly in love with everyone and everything.”

Thanks for reading. I’ll be back tomorrow. — Soumya

Mariel Wamsley contributed to California Today. You can reach the team at CAtoday@nytimes.com.

Sign up here to get this newsletter in your inbox. 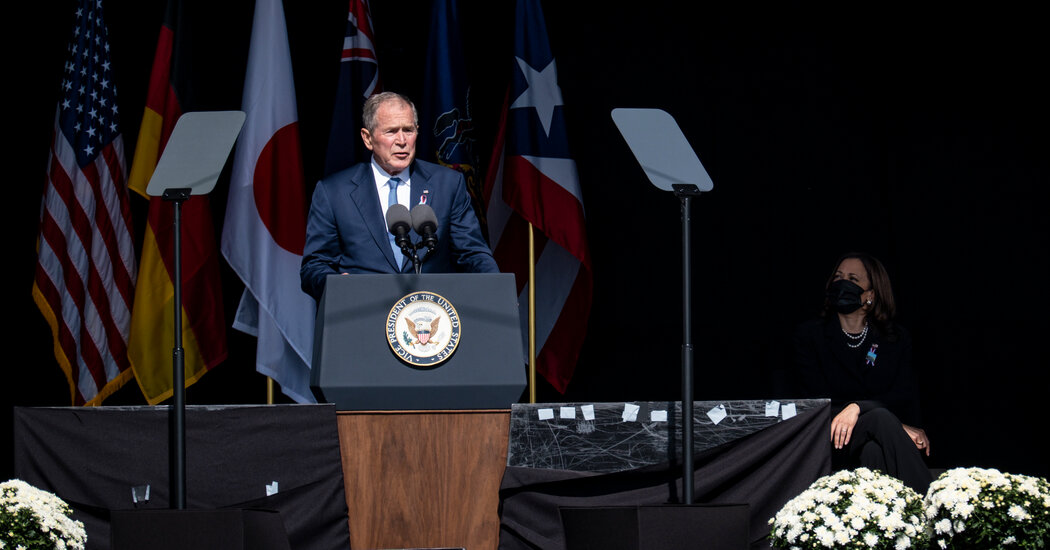 The ETF strategies that have thrived in a down market year