Many great movies have fallen victim to some really poor marketing choices and, as a result, failed to gain the recognition they deserve upon their initial release. Some such films have gone on to be cult classics after gaining support from viewers who managed to look past the poor trailers and other marketing mishaps, as well as those who happened to go into the film blindly.

RELATED: 10 Movies With The Most Memorable Marketing

Reddit user Donna201299 asked others on the platform which are their all-time favorite movies that simultaneously lacked good marketing. Answers were aplenty, with Redditors putting forward suggestions for movies that they think deserved more when it came to their marketing.

True Romance was a quirky flick for its time, combining romance and crime to create one of the most corrupt onscreen couples ever seen in Alabama and Clarence. The movie’s heavy focus on Elvis reflects the love story between the couple but they are also cold-blooded killers, iconic for their oddball solutions to outsmarting the mob that is after them.

According to Chocodong, the movie was poorly marketed with a trailer that “pretty much threw everything at the screen and said, ‘I don’t know, maybe there’s something you’ll like in here.'” Despite that, in recent years the movie has garnered a lot of support, becoming something of a cult classic and was even referenced on HBO’s Euphoria.

Bridge To Terabithia is a great movie that is unexpectedly heartbreaking and still has fans mourning the shocking death of Leslie. The film is a good one to teach children about grief and loss. However, before becoming a fan favorite, it almost flopped.

According to HawlSera, “the trailer pitched it as a Chronicles of Narnia knockoff” with snippets that showed magical events. In reality, the movie was far from a predictable fairytale. It focussed on two very real children and their imaginations rather than relying on CGI to create the magic they described. It may have been pitched as something very different, but ultimately the movie was real and raw which helped it to garner long-lasting love from fans.

Fight Club has become a cult classic but flopped when it was originally shown in movie theaters. This David Fincher flick is a complex one, but the marketing failed to reflect the nuances and important topics covered within. According to DavidAtWork17, “Fight Club never reached its eventual audience while it was in the theaters. It was advertised almost like a dark comedy.”

RELATED: 8 Subtle Clues About The Twist Ending In Fight Club

Whilst the movie has several characters that rely on dark humor as their coping mechanism, the movie was far from a comedy with the plot focussing on the perils of capitalism as well as mental health issues. Since its release, the movie has become a classic with many referencing the golden rule of Fight Club: nobody talks about Fight Club. Perhaps a clever marketing strategy that capitalized on this now iconic line would have been better.

In Bruges is a deadly dark comedy that follows a hitman who struggles with his mental health after a horrific incident. While the movie is an indie favorite today, that wasn’t always the case. The movie was action-packed, unique, and filled with dark comedy, but the movie’s trailer resulted in many potential fans dismissing it.

BenAtTank2 was just one fan that noticed the movie’s failed marketing, sharing that they were “so glad we got the In Bruges we got, and not the one that was advertised” which portrayed the film as a “zany comedy.” Luckily, many viewers were able to look past the trailer and enjoyed the full experience of In Bruges.

Three Billboards Outside Ebbing, Missouri proved to be Oscar-worthy but nobody would have predicted that outcome from the way the film was marketed. The movie was a crime drama containing outstanding performances from Frances McDormand and Sam Rockwell but its style and storyline obviously presented a quandary for the marketing team, and the resulting trailer may have put viewers off.

BanjoPanda suggested the movie had “lucked out this year by being drama heavy enough for the Oscars but otherwise nobody really figured out how to sell it.” It was a gritty crime drama with an Oscar-worthy script but due to its lack of action, it was arguably difficult to market to general audiences. Fortunately, many film fans looked past the poor marketing choices and the movie gained the recognition it deserved.

Crimson Peak is one of the best dark fantasy movies but remains severely underrated despite being directed by the wonderfully talented Guillermo del Toro. The movie combines fantasy and horror to create a desperately haunting movie that wasn’t particularly the horror flick fans had geared up for.

Crimson Peak was a period drama horror that created some spooky-looking ghosts that ended up being more charming than they were scary but fans were promised a horror movie guaranteed to terrify. Random-Miser explained that they felt “the only reason people didn’t like this movie was due to the trailers showing a completely different type of movie compared to what it actually was.”

According to Reddit user Ol0O01100lO1O1O1, John Carter “should live into infamy for how not to market a movie.” The movie’s boring title alone was enough to put fans off, as well as the several trailers that were released before John Carter itself.

The movie’s title, and the trailers, failed to capture the storyline of the movie resulting in many fans not even entertaining it. The trailers utilized cheap tricks but lacked information regarding the characters and what viewers would see, which contributed to the film’s critical reviews. However, in recent years, viewers have looked past its poor marketing and been surprised by how good John Carter actually is, proving just how important marketing is.

There are many life lessons viewers can learn from Office Space, however, the movie wasn’t always as popular as it is now. The film depicted working life before shows like The Office.

When the movie was first released in theatres, it was deemed a flop. However, it soon “became a cult classic shortly after it was released on DVD” as detailed by Reddit user clownfused. The movie may have been a super relatable watch but it was rumored that its failure at the box office was due to poor marketing choices. The primary poster, showing the main character covered in sticky notes, didn’t give much away and may have caused viewers to turn a blind eye to what is now a cult classic.

Edge Of Tomorrow is an iconic sci-fi movie that prompted many fans to think about how they would cope with the potential end of the world. However, many viewers weren’t impressed with the film’s initial title. The movie was based on a book titled All You Need Is Kill but it was suggested that this title was too dark, so a new name was chosen instead.

The movie’s title was continuously criticized by fans who suggested that it failed to convey what the movie was about. In a bid to save the movie, producers changed the title to Live. Die. Repeat. A now deleted Reddit user explained how this new name “wasn’t much better honestly, it traded blandness for cheesiness.” Despite the debacle over its name, Edge Of Tomorrow proved itself to be an interesting watch.

The Iron Giant is now a fan-favorite that features some of the best animation ever seen alongside an interesting but unusual storyline that retained the attention of its viewers. However, according to Reddit user Nascarfreak123, the movie “flopped due to lack of marketing.”

Disagreements behind the scenes meant that the film received very little marketing support, leading to subpar advertising that ultimately cost the movie at the box office. The film’s director, Brad Bird, admitted to IndieWire that releasing the film without adequate marketing was a mistake. The Iron Giant was well executed, with fans impressed by its quality. Unfortunately, however, its lack of promotion resulted in the movie being alongside the other fallen victims of bad marketing.

NEXT: 10 Times Marketing Spoiled The Movie

Amy is a freelance list writer for Screen Rant where her content covers a variety of genres within the world of Film and Televsion. In 2020, Amy graduated with a first class BA Honours degree in English, Film and Television, majoring in Film and Tv. In her final year of study, Amy completed her dissertation which focussed on the representation of disability in horror films, specifically whether the new sub genre of sensory horror was replacing outdated cultural scripts with a more positive representation.

Amy lives in the UK and works full time with children which she enjoys alongside her passion for Films, Tv and Writing! 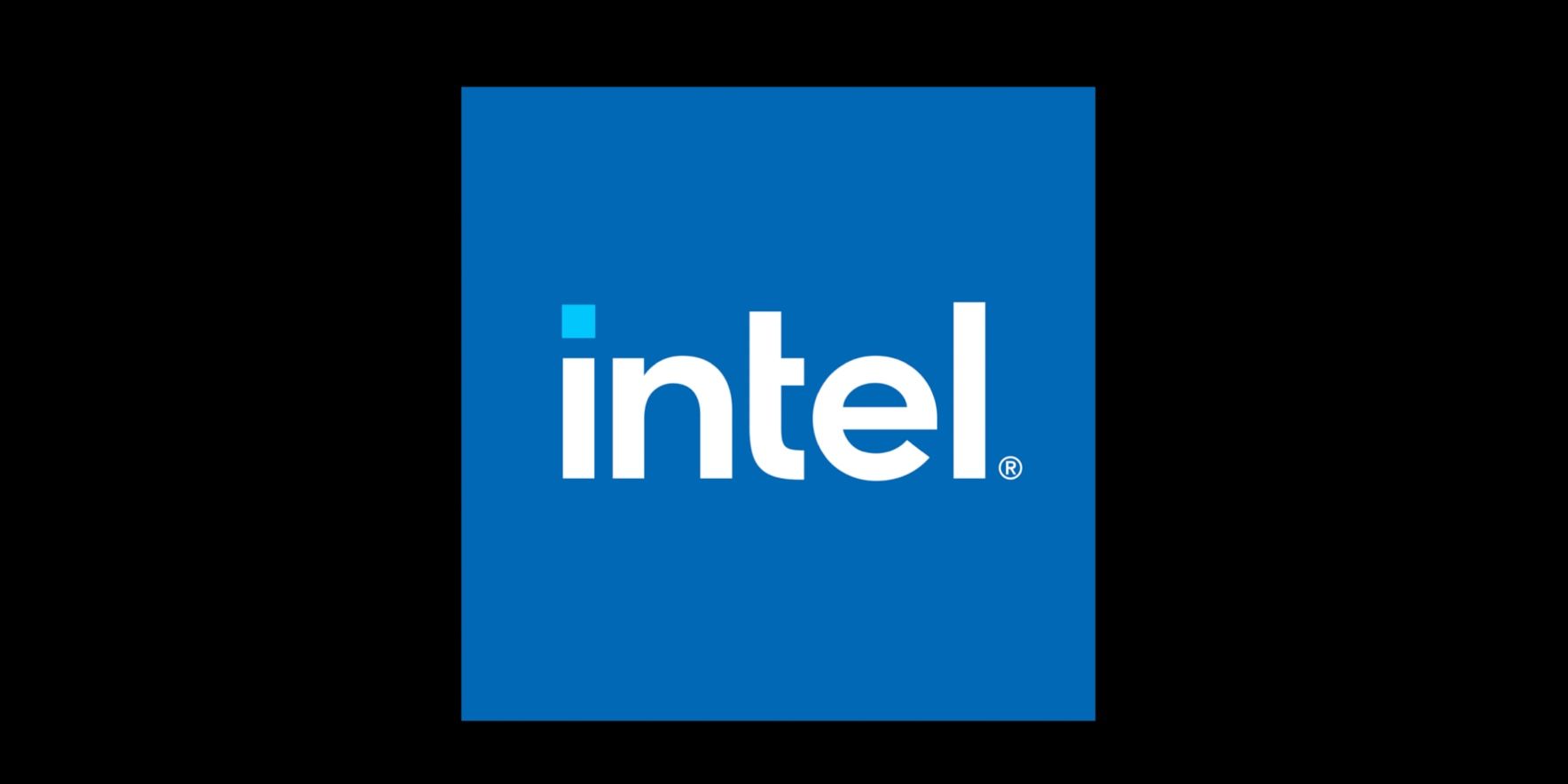 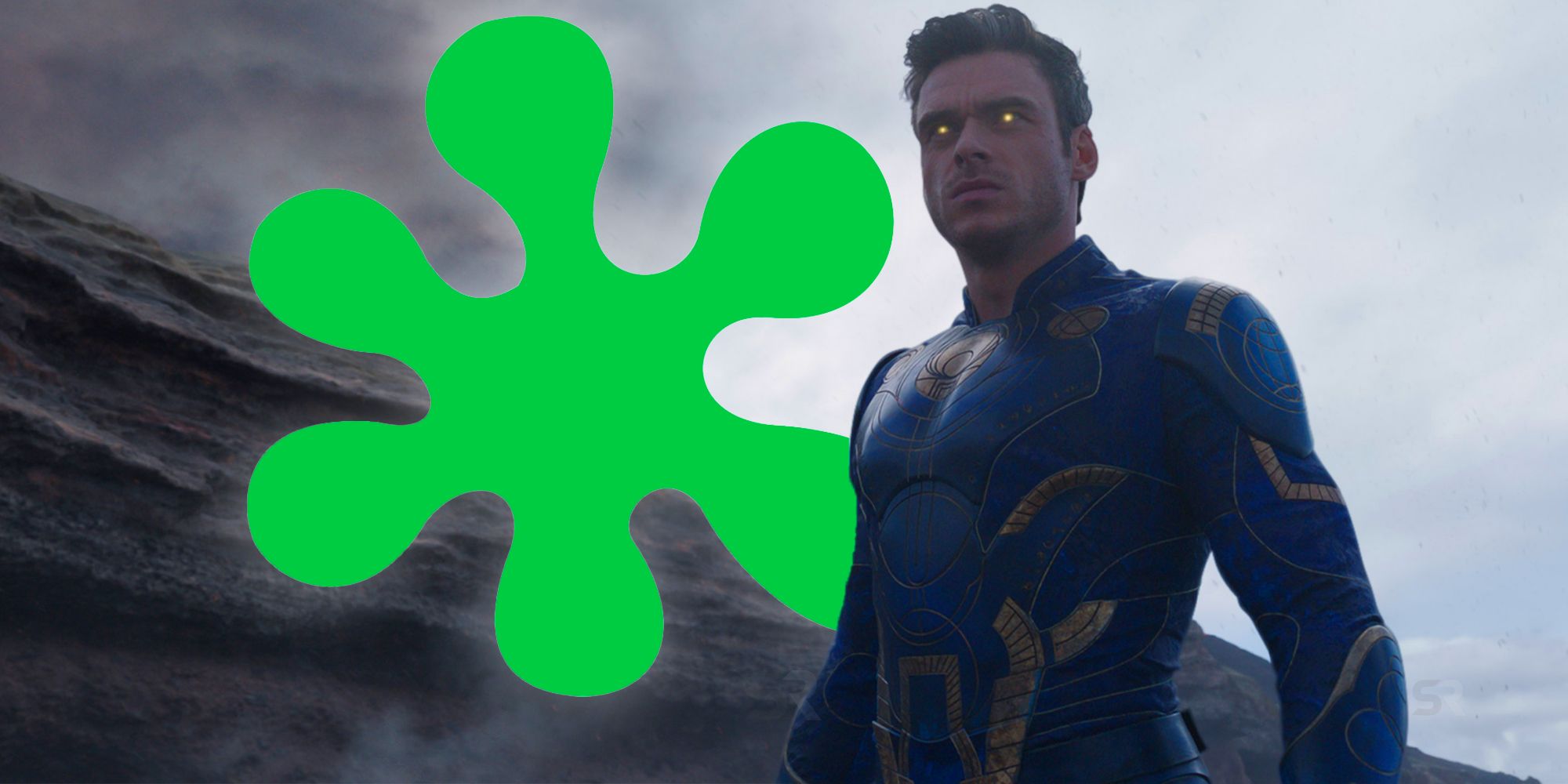 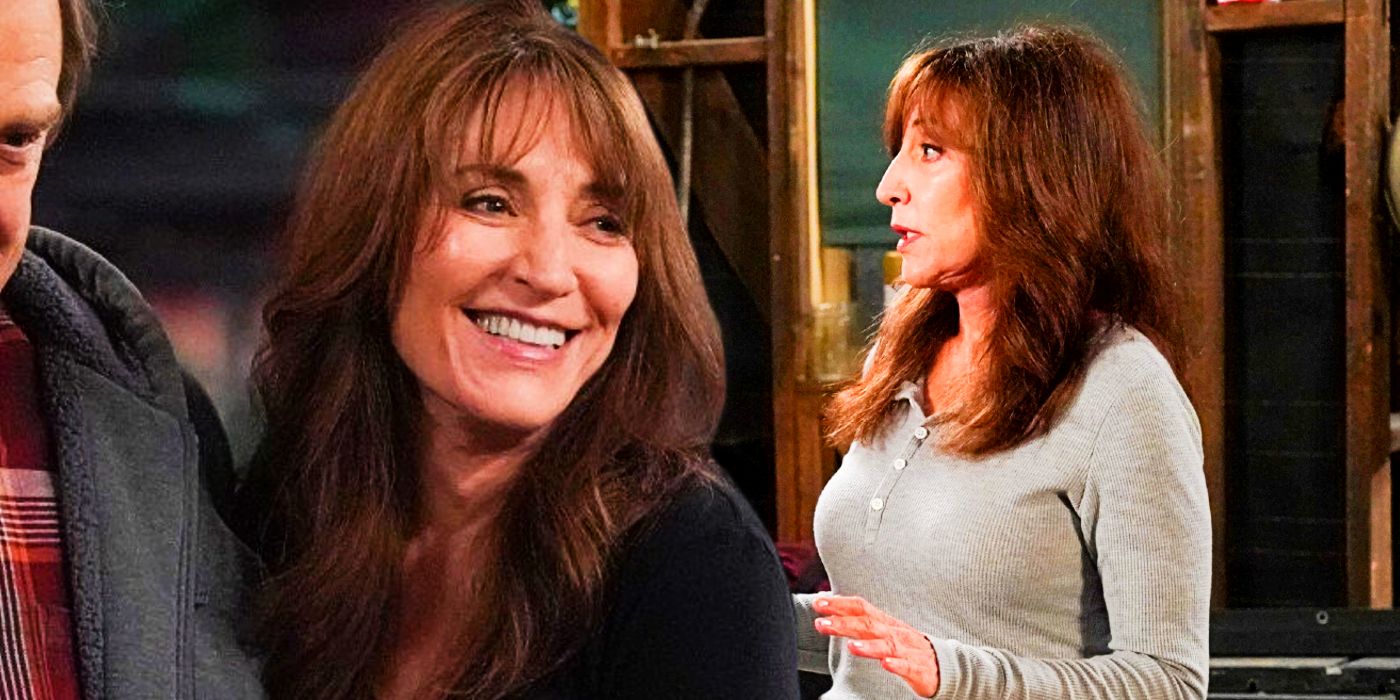 When Katey Sagal’s Louise Will Return To The Conners 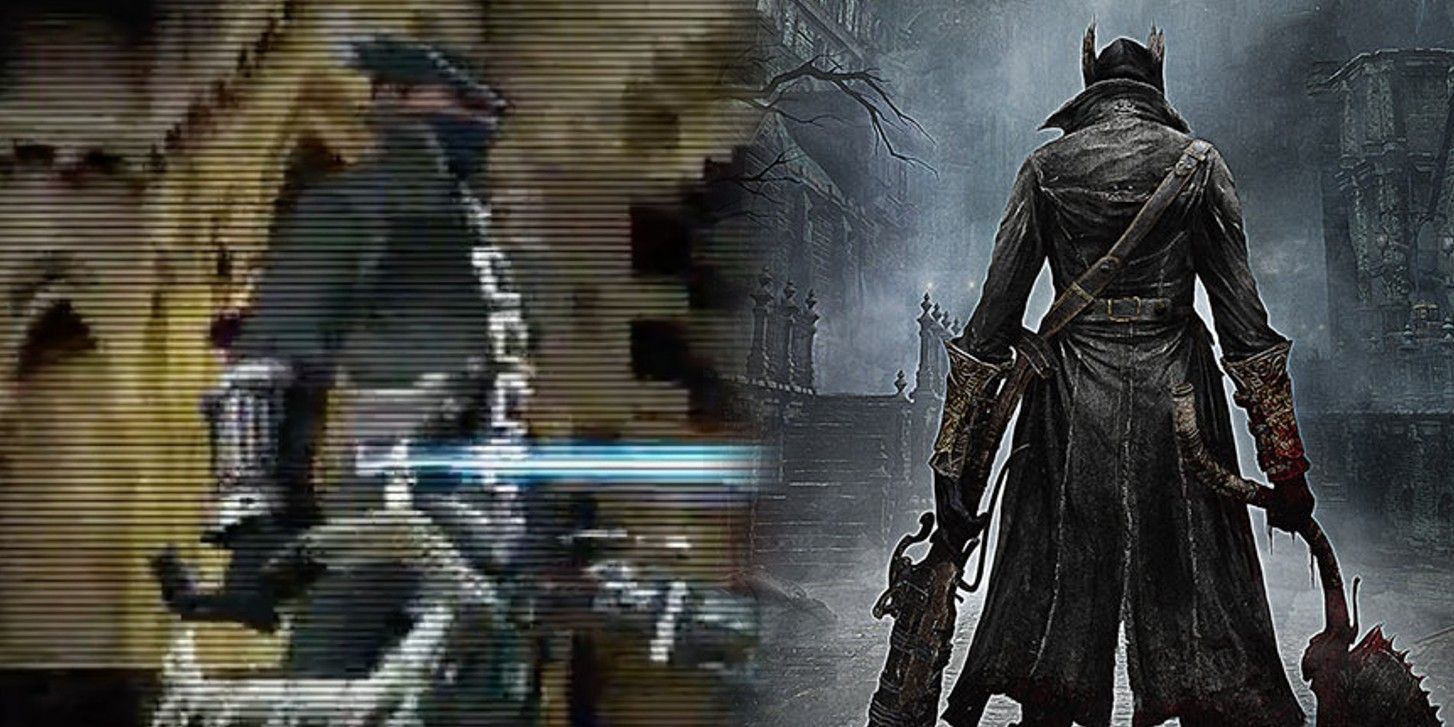 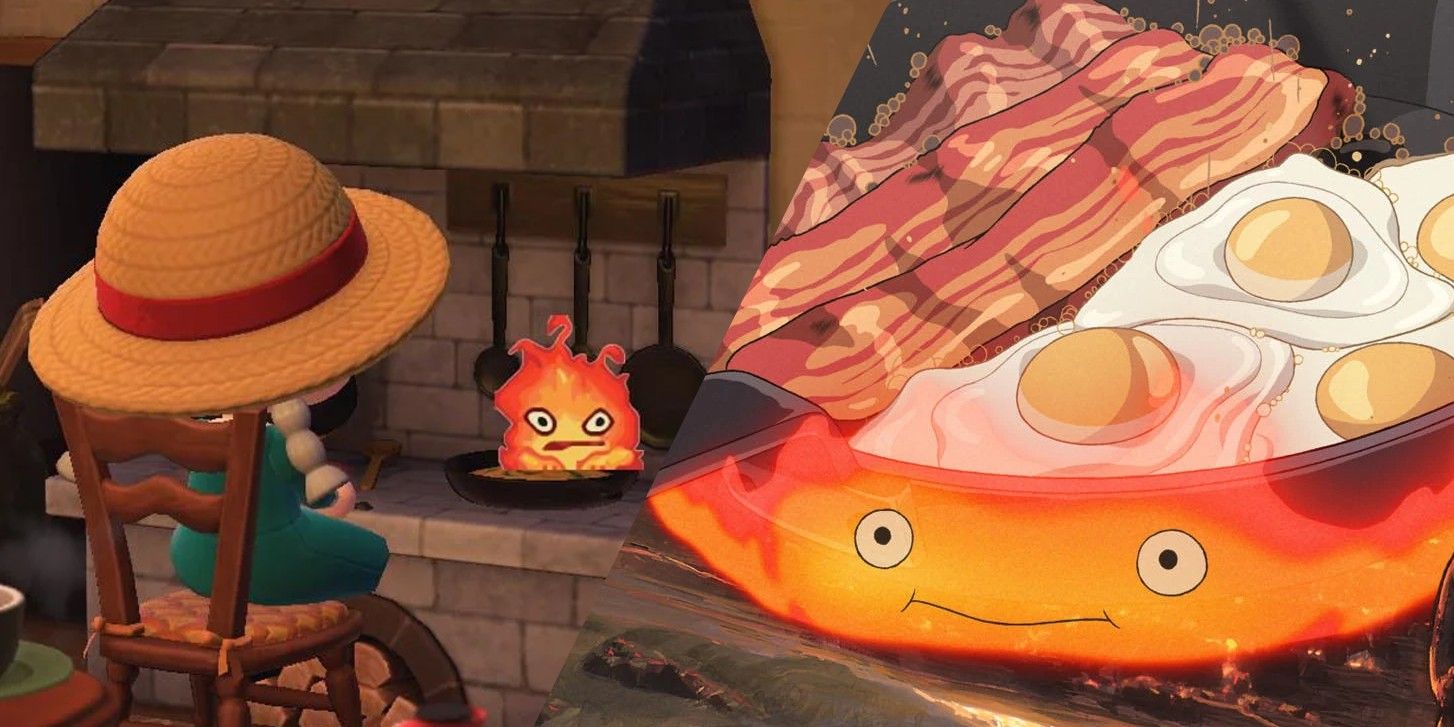 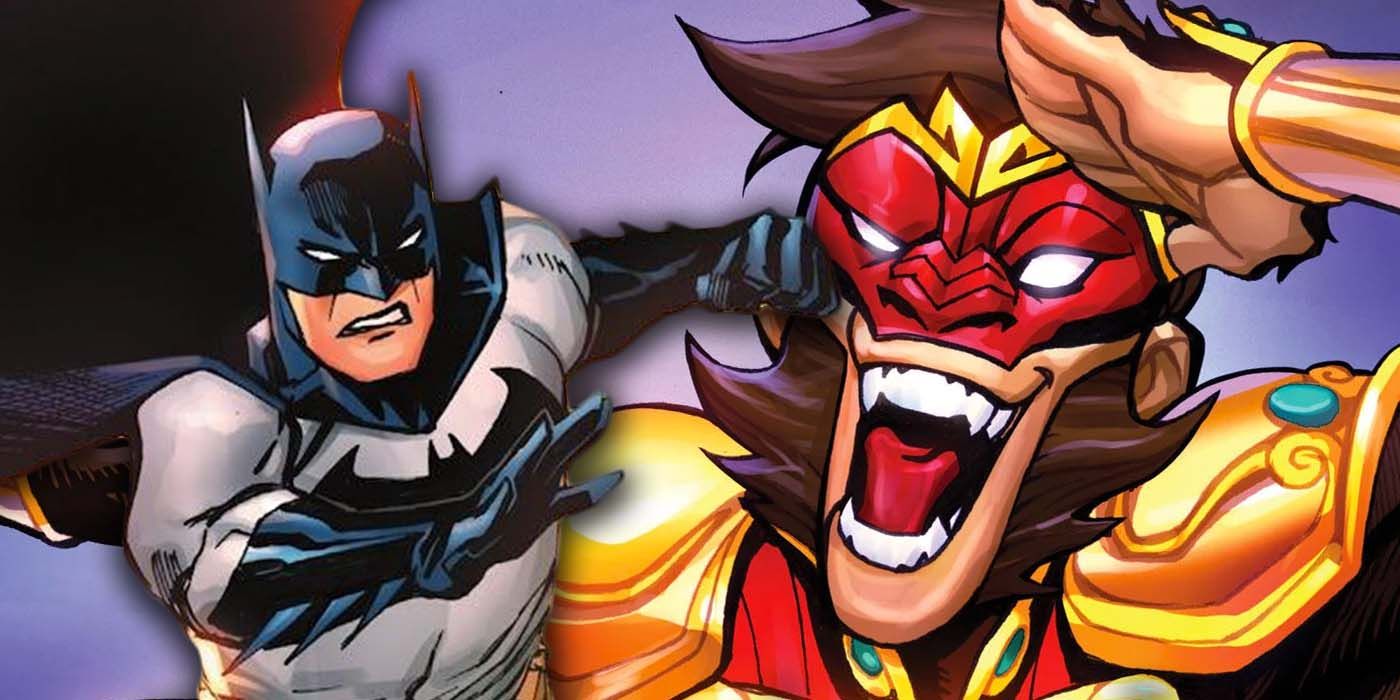