A series like Netflix’s YOU which features a lot of murder and stalking probably wouldn’t seem like a funny series on its surface. However, dedicated audiences know that there is a breadth of dark humor lurking beneath the stylish surface of the series. After all, sometimes audiences need a moment of laughter to breathe before heading back into the darkness of Joe Goldberg’s life.

RELATED: 5 Of Joe’s Best Personality Traits (& 5 Of His Worst) From Netflix’s YOU

Whether it’s Joe being entitled and creepy or Love telling it like it is, there are plenty of moments in the three seasons that not only accurately represent that series as a whole, but also have audiences busting out in laughter.

“The First Thing My Beloved Internet Gave Me Was Your Address.”

From the very beginning, Joe Goldberg came into everyone’s lives guns blazing. He always stays true to himself, and this is a season one quote that sums up his egotistical personality perfectly. Everyone knows that Joe has a serious addiction to stalking women he’s obsessed with in person, but it always starts with his internet deep dive.

This iconic quote from season 1 sums up Joe’s personality in a way that is both funny and creepy. It allows everyone a way to understand his entitlement, but also in a comedic delivery that allows people to laugh with Joe instead of being terrified of him.

Always The Double Meaning Of Love

“How Does Someone Get Rid Of A Body? The Things Someone Does For Love.”

Moving onto season 2 of YOU, boy meets girl, or well, Joe meets Love, and the rest is history. Whenever Joe uses Love’s name with the romantic other meaning of it, it’s always a comedic hit for those who love a good double meaning joke.

RELATED: 5 Of Love’s Best Personality Traits (& 5 Of Her Worst) From Netflix’s YOU

What makes this funny, is that Joe already knows how to get rid of a body, after all, he’s done it plenty of times before. But it’s almost as though when he finds a new person to obsess over that he falls in love with killing all over again and almost has to relearn it. While that fact may not be funny, it all comes down to Joe’s delivery of the line.

On Moving To Los Angeles

“Love Has Taken Me To Dark Places, But Los Angeles Has Got To Be As Dark As It Gets.”

Again, at the beginning of season 2, Joe says, “Love has taken me to dark places, but Los Angeles has got to be as dark as it gets.” There are plenty of people that share Joe’s same sentiment about Los Angeles, which makes this quite funny, but additionally, it’s also because of Joe’s lack of self-awareness.

Love (both the concept and the person), has and will bring him to even darker places than just Los Angeles, which makes this quote hilarious in hindsight as season 2 and 3 go on.

“Is It Just Me Or Is Everyone In This Conversation Calling Me Fat?”

One of the most iconic quotes from Love Quinn is, “Is it just me, or is everyone in this conversation calling me fat?” Everyone has thought this at least once, and Love Quinn is one of the only people with the gall to say it. More than that, she’s not afraid to just point it out.

RELATED: 10 Signs That Love Is Just Like Joe (That Fans Completely Missed) From Netflix’s YOU

That is what makes this quite funny, but it’s also because it’s a representation of who Love is as a person. She’s that person who always says what everyone’s thinking, no matter how blunt it is, making her just as funny as Joe.

When Joe says, “I’m not an option. I’m the Chosen One,” it’s perhaps one of the funniest quotes in the series. Actually, in another sort of story, his character could actually be the Chosen One, which makes the quote poke fun at literary references and tropes.

Not only is Joe’s arrogance hilarious, but it’s also his word choice and delivery that drives it in as one of his funniest quotes of all time. One of the things that Joe could work on is his self-awareness and realizing that maybe he isn’t actually “all that.”

Forty, who perhaps doesn’t even know the definition of “magnanimous”, says this quote to Joe when they agree to work together on a project which leads to an awful acid trip that leads ultimately to the demise of Forty. Either way, it excellent foreshadows the eventual downfall of Forty while making his intellect level clear to the audience.

Watching this moment back, it’s clear that this is the turning point for Forty where it’s no going back for his death, but what makes this funny is that Joe hates Forty and is only doing this for Love, which the audience knows.

Another Groundbreaking Announcement From Joe

“The Robots Are Not Our Friends.”

When Joe says, “The robots are not our friends,” it’s another moment where he’s stating the obvious. Yet he states in such a deadpan way that it makes the quote even more hilarious. Joe is a serial killer and an obsessive stalker, but still has these moments where he thinks about how technology does not equal friends.

Given that most audiences know the jokes and theories of how global technology may lead to the demise of the world (if it already hasn’t), what’s funny about this is that Joe thinks he’s making a groundbreaking discovery.

“If You Overlook The Haze Of Narcissistic Delusion That Just The Right Biohack, You Will Live Forever.”

In season 3, Joe unlocks a whole new version of himself that is sassier than ever, which means that the hilarious lines from the character come out sharper than ever.

Ironically, Joe is making a joke about living forever, when he takes so much pleasure out of taking someone’s life. It’s both funny and ironic, and even a little sad. But, one thing to note, and that should make everyone feel better and Joe’s serial killer tendencies is that he eventually will die.

“We As A Species Deserve To Go Extinct.”

As dramatic as ever, Joe says, “We as a species deserve to go extinct.” Talking about the audacity and, quite frankly, silly priorities of their neighbors in Madre Linda in season 3, Joe understands perfectly that the human race has done some less than meaningful things.

“Love Is Gonna Kill You.”

Finally, last but not least, and probably one of the funniest quotes on Netflix’s YOU is when Joe says, “Love is gonna kill you.” Because, not only is Love going to kill you, love itself kills you slowly, especially if you happen to be in love with a serial killer.

One of the most unexpected twists and turns of the entire series, is when Love turns out to be just as hungry for murder (if not more) than Joe Goldberg, which makes this quote so funny because it was so unexpected. Especially in season 3, Love turns out to be the major player in the show when it comes to killing, and who knows, maybe she will in season 4 (that is, if she comes back from the dead).

NEXT: The 10 Richest Characters From Netflix’s YOU 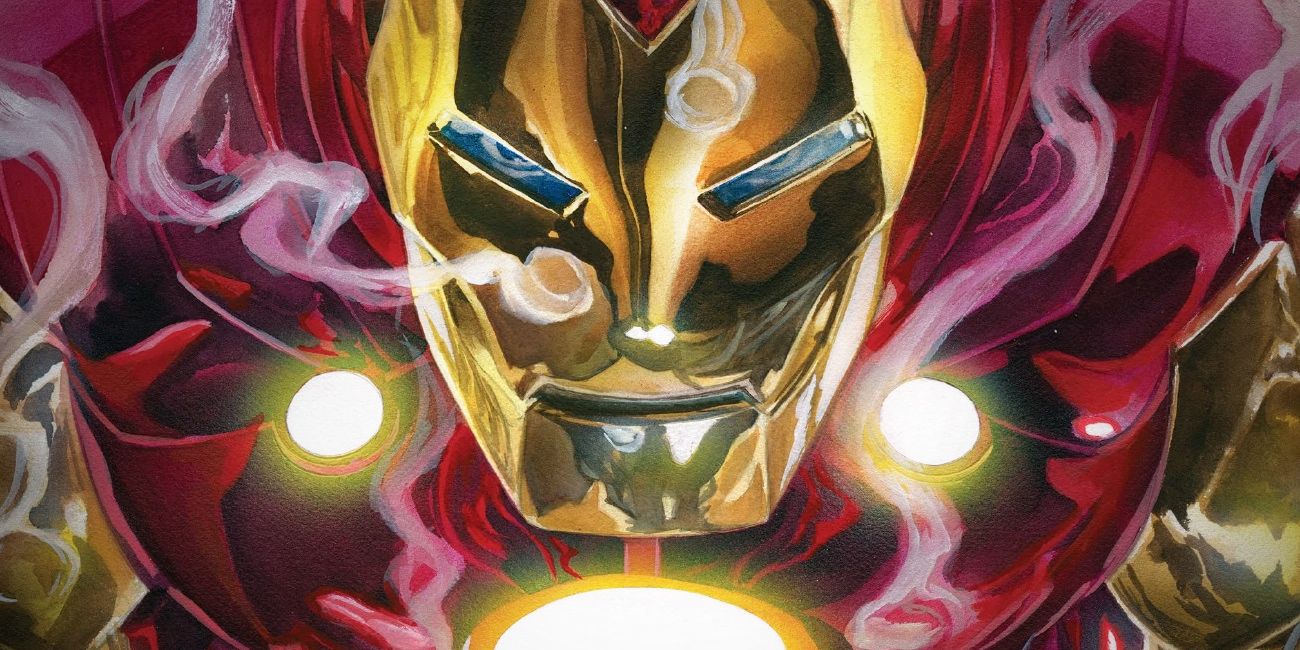 The Avengers Finally Call Out Iron Man For His Batman Paranoia 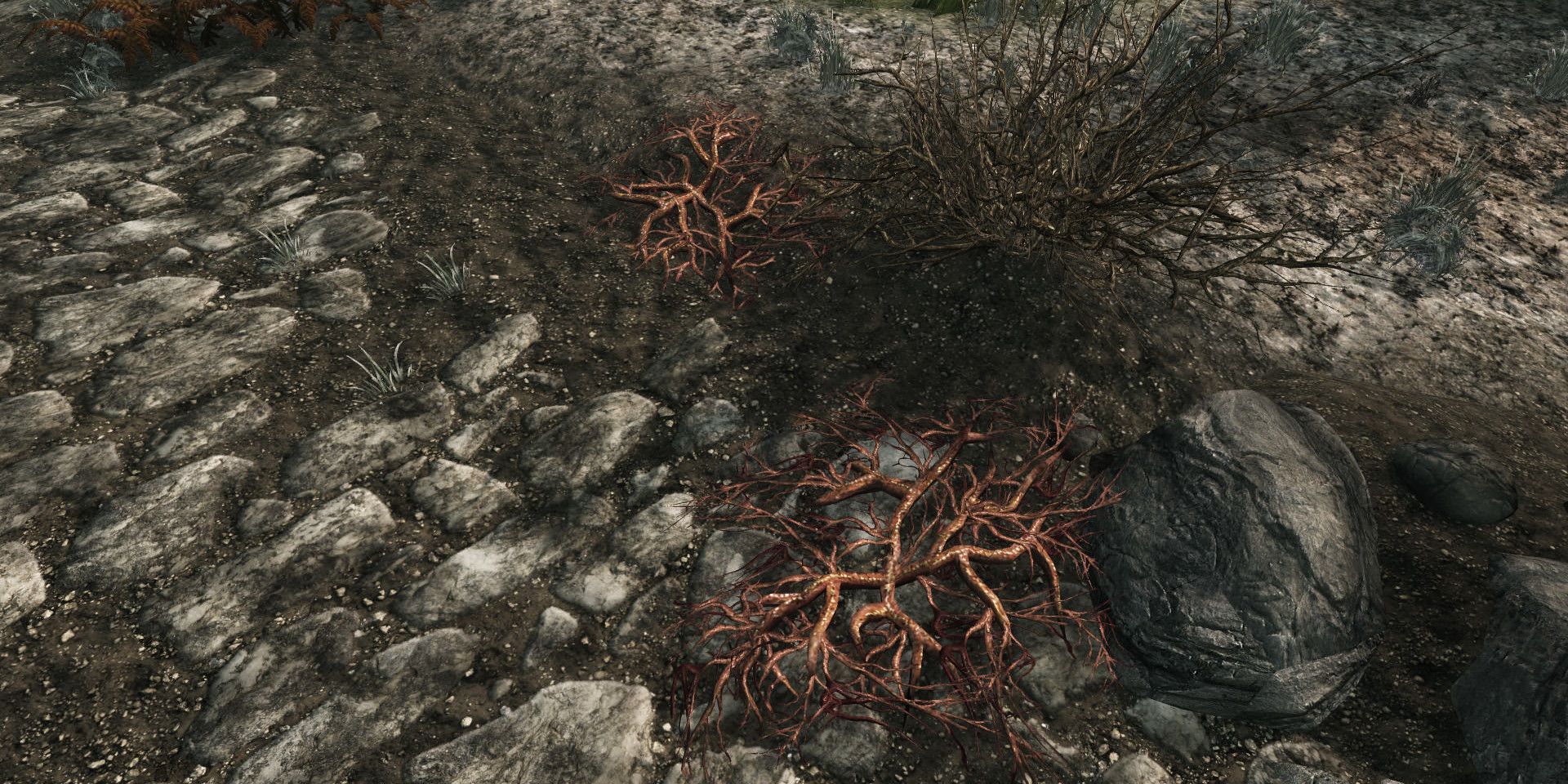 Skyrim: How To Harvest Creep Clusters 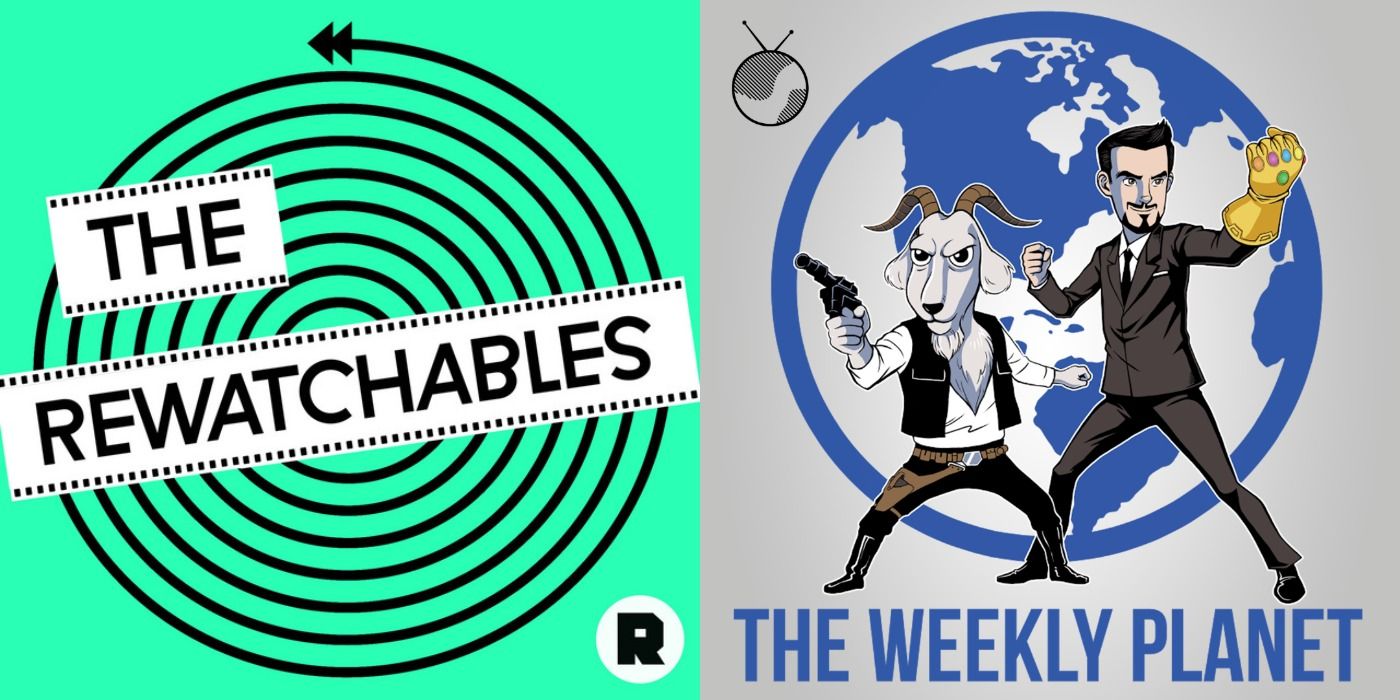 10 Best Movie Podcasts, According To Ranker 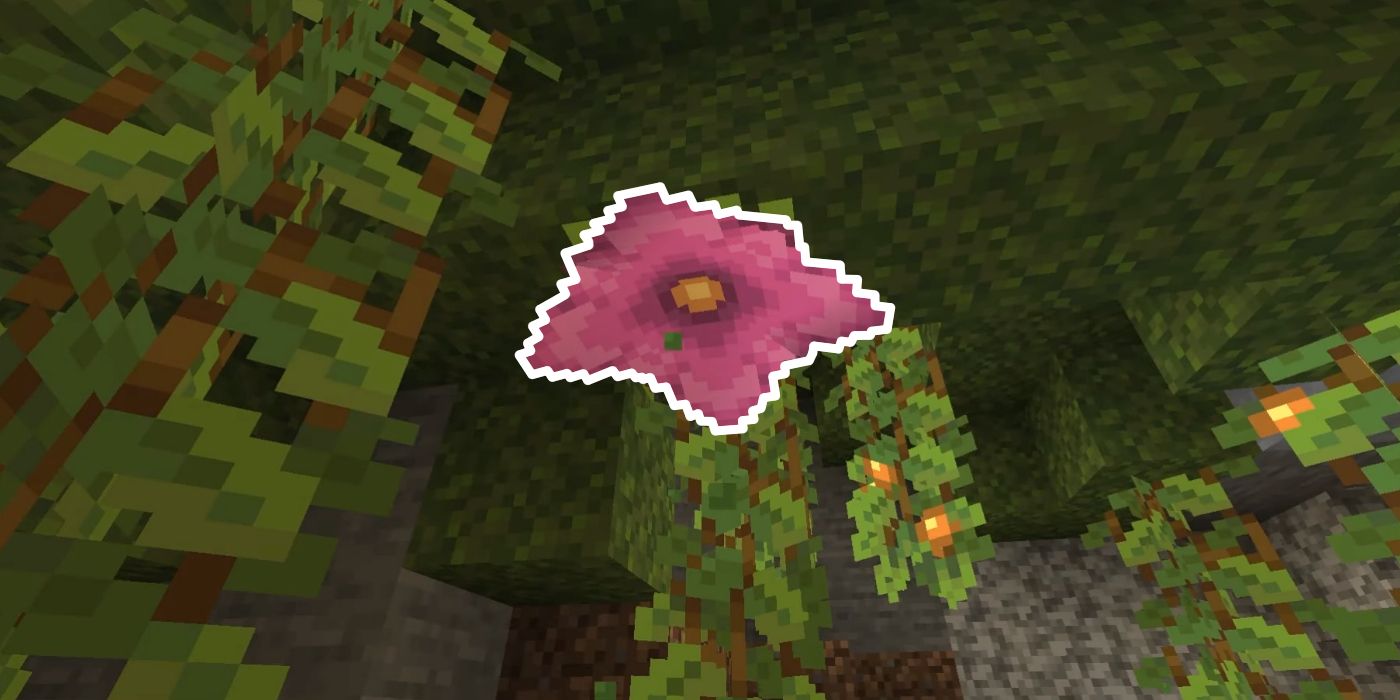 Minecraft: How to Get Spore Blossoms (& What It’s For) 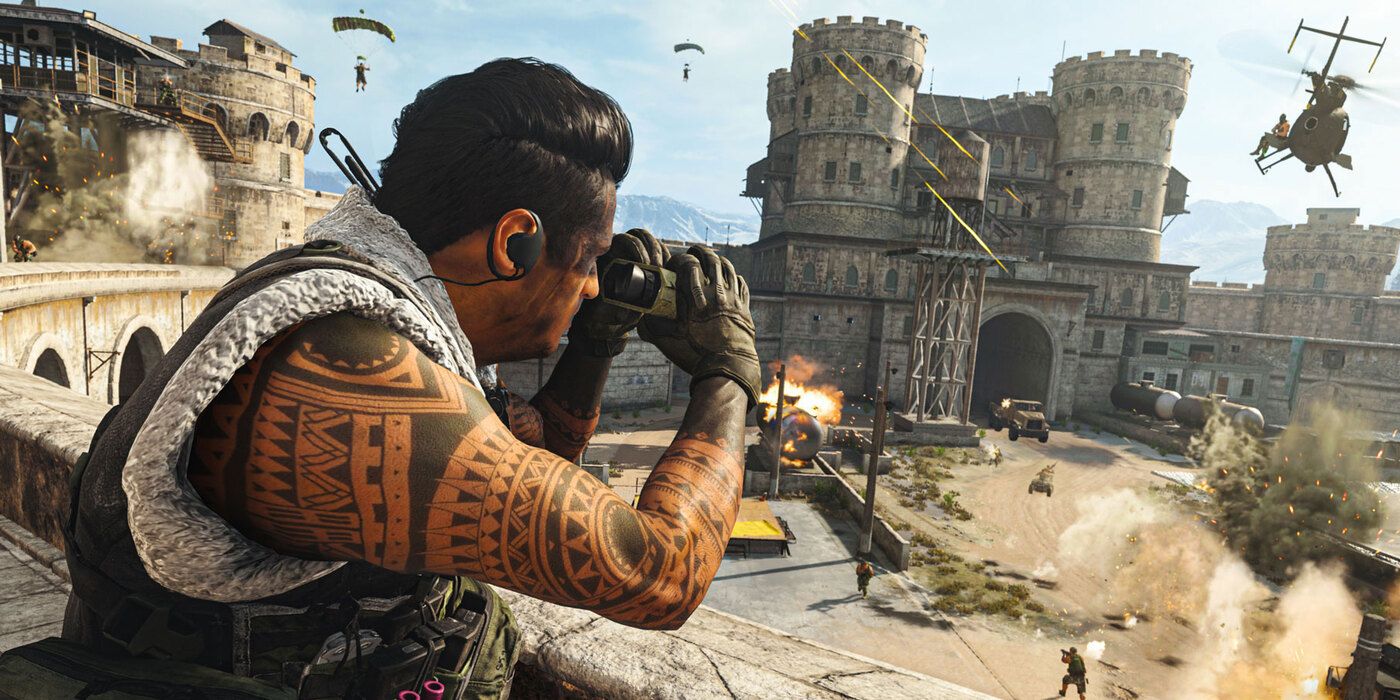 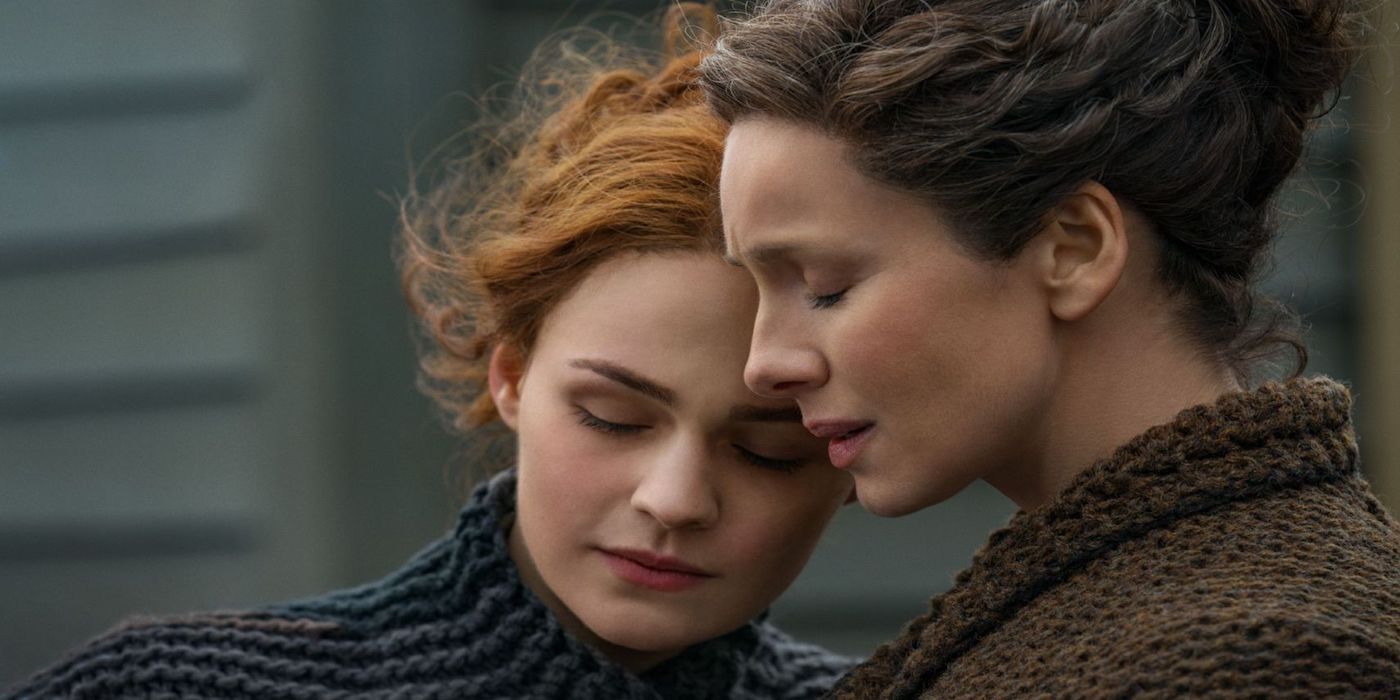